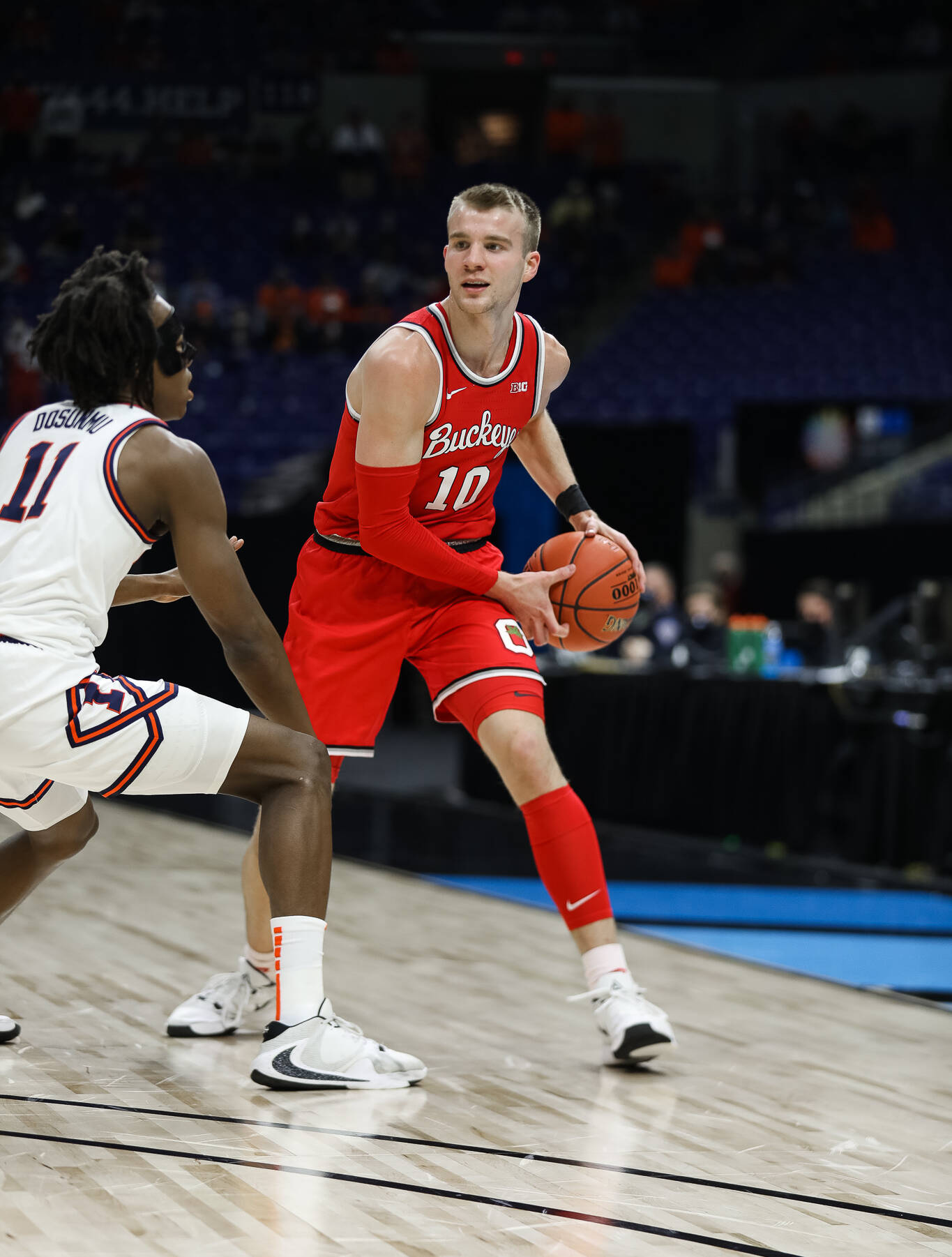 Ohio State senior wing Justin Ahrens will be using his COVID year of eligibility, but he won’t be doing it in Columbus. The Versailles, Ohio native told CBS Sports reporter Jon Rothstein on April 4 that he’ll be entering the transfer portal as a graduate and playing his final season elsewhere after four years with the Buckeyes.

“These past four years have been nothing short of the best times of my life,” Ahrens wrote on Twitter. “I want to thank my family and those who have supported me along this journey. I’m extremely grateful for my teammates, all of the relationships I have made, and I want to personally thank coach Holtmann and his staff for giving me the opportunity to represent The Ohio State University, It has been a blessing and I thank God I was given the opportunity.

“I am excited for the next chapter, wherever that may be!”

Ahrens was not expected back in the scarlet and gray for the 2022-23 season. He was recognized along with six others on senior day despite his remaining season of eligibility and had all but indicated that his time with the Buckeyes was coming to a close, though he had not made clear if he planned to test the professional waters, step away from basketball or head elsewhere for one more season.

He averaged 4.8 points, 2.3 rebounds and 0.8 assists per game in 2021, starting in 19 games and playing in all 32, though he saw his playing time dwindle as the season waned. His struggles in shooting – 34.6 percent from the field, 35.4 percent from 3-point range – severely limited his offensive capacity as Ohio State’s de facto sharpshooter, and as he struggled to break from a drought that took hold as the Buckeyes returned from a 22-day COVID rest in January, Ohio State looked elsewhere to fill his minutes.

Had he returned, it may have been as a reserve with Justice Sueing potentially returning to Columbus, joined by freshmen Roddy Gayle Bowen Hardman and with the new addition of Wright State guard Tanner Holden – all of whom can play at shooting guard or small forward, Ahrens’ usual stomping grounds.

He finishes his Ohio State career with 487 points across 114 career games, having started in 41 of them. He was the last remaining member of the 2018 recruiting class, Chris Holtmann’s first full cycle in Columbus, but his recruitment to Ohio State began a year prior under the guidance of former head coach Thad Matta.

With Matta now at Butler, Ahrens could be a target in the portal there. He could also see interest from several Buckeye assistant turned head coaches, including Elon’s Mike Schrage or Illinois State’s Ryan Pedon, who departed after this past season and was Ahrens’ primary recruiter at Ohio State. Former assistant Tony Skinn, now in the same role at Maryland, could be in the market as well as he and new boss Kevin Willard look to flesh out a depleted roster.