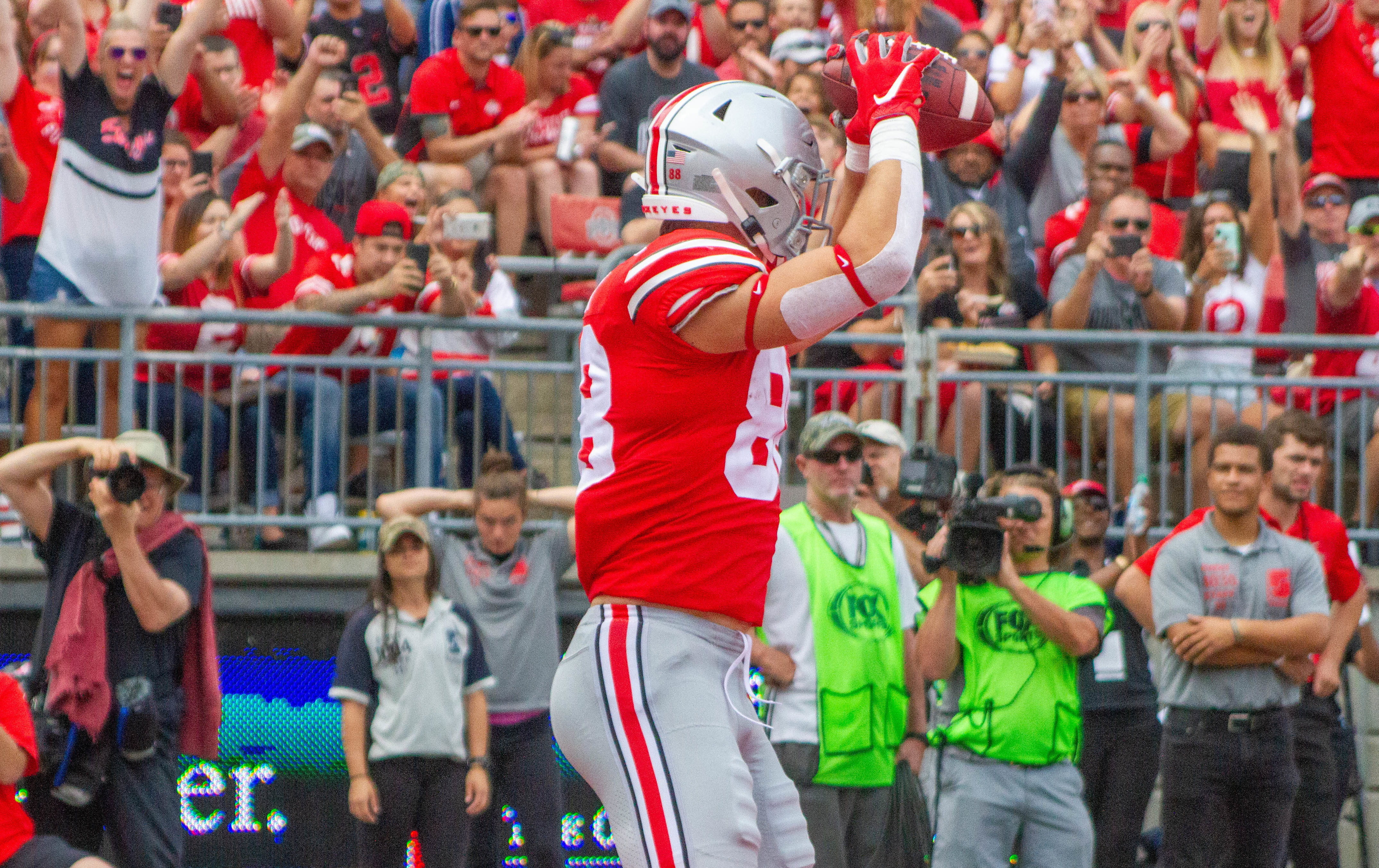 Under Urban Meyer, the tight end position had been mostly a blocking one, with many in the position playing it with relatively low receiving numbers, finding ways to contribute to the offense that wasn’t on the stat sheet.

On Saturday, in Ryan Day’s first game at the full-time helm, there was a shift in that mentality.

Sophomore tight end Jeremy Ruckert — who caught one pass throughout all of 2018 — made four catches for 38 yards, two of which were in the endzone for the first two touchdowns of his collegiate career.

But Ruckert, who may have found more time due to an injury to senior Rashod Berry, said his increase receiving role was not a solo effort.

“We’re so deep and we had such a good offseason that I think we’re gonna be rotating a lot anyways so I think it was just great for our unit,” Ruckert said. “It was a team effort, and more so a tight end effort too.”

The first of Ruckert’s touchdown catches from Justin Fields was in the middle of the field, with no one in the near vicinity of the tight end, for a 25-yard touchdown and a 14-0 lead.

“It feels like you’re waiting a couple years for that ball to get there, but I was happy to be in that situation and make a play,” Ruckert said.

The sophomore tight end scored his second on the day in a similarly open fashion, this one coming in the third quarter to make it a 35-6 game, and help spark an offense that was struggling after such an impressive start.

But for Ruckert, who was able to find plenty of space on both of his endzone grabs, he said that he may not have had those same touchdown catches if the defense was any tighter.

“I was too open to mess up,” Ruckert said.