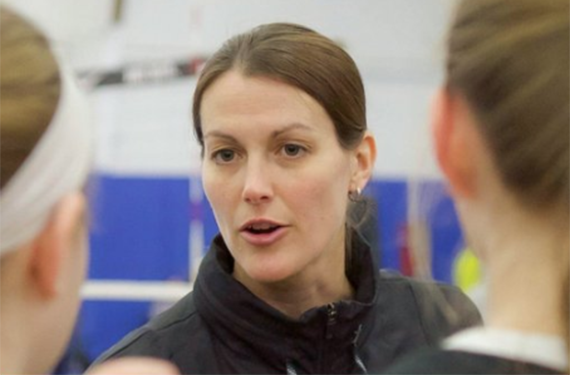 Oldenburg recorded 3,213 assists and 1,138 digs during her four-year career at Ohio State (1996-99), placing her seventh and 12th, respectively, in the program’s history book. She led Ohio State to four consecutive NCAA Tournament appearances and was the first player to be named All-Big Ten at two different positions (outside hitter and setter).

Oldenburg was a three-time academic All-Big Ten honoree. She graduated from Ohio State with a bachelor’s degree in sport and leisure studies and spent the 2001 season as a volunteer assistant coach for the Buckeyes.

A Pittsburgh native, Oldenburg led the United States National Team to a silver medal at the 2002 World Championships. She also played professionally for the Grand Rapids Force.

Oldenburg has spent the last six years as the associate director of the Pittsburgh Elite Volleyball Association, where she was responsible for the day-to-day operations of the club, recruited players and offered private lessons. Before that, she spent nine seasons (2003-2012) as an assistant coach at Illinois, where helped the Illini to four straight Sweet 16 appearances and a runner-up finish in 2011.

“I would like to thank Gene Smith, Janine Oman and the Ohio State athletics leadership for the tremendous opportunity and privilege of leading the women’s volleyball program,” Oldenburg said. “I am honored and humbled to accept such an important role during such an exciting time for the program. With the overwhelming support I have felt from the administration from the second I returned to campus along with the love that has been shared from the alumni, I cannot wait to get started with this group of talented young women to lead them back to the national stage.”

Oldenburg will officially be introduced during a press conference at the Covelli Center on Jan. 21.