Highlights: Ohio State Grinds Out Another One 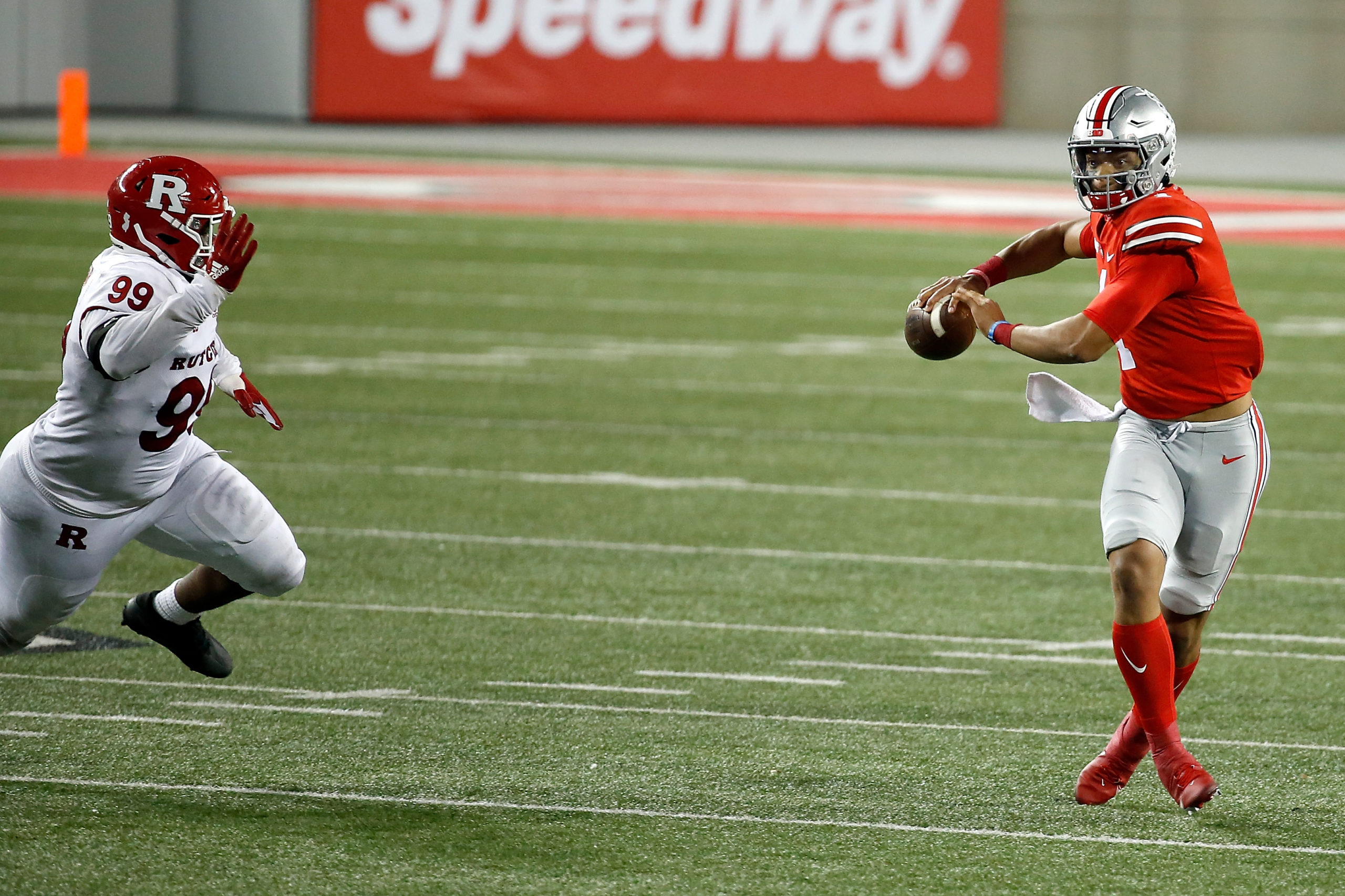 It certainly wasn’t the prettiest win of the season for the Buckeyes, but Ohio State improved to 3-0 Saturday night with a 49-27 win over Rutgers. It also wasn’t a night ridden with highlights for the Buckeyes, but we’ve got you covered for the big plays from OSU, provided almost entirely by quarterback Justin Fields.

Fields got into the action early, striking from 38 yards out on Ohio State’s first drive of the game to find Jameson Williams for his first touchdown reception of the season.

It was Fields again on Ohio State’s second touchdown drive, hitting Garrett Wilson from a long way out before finishing the job himself on a quarterback keeper.

While Rutgers was responsible for much of the night’s trickery, Ohio State did get in on the action in the second quarter with this fake punt run from Steele Chambers.

Then it was again time for Fields, finding Chris Olave on this one.

It wasn’t a banner day for the defense overall, but senior linebacker Justin Hilliard did make his presence known in his first game of the 2020 season, forcing and recovering this fumble.

That turnover would set up, you guessed it, another Fields touchdown.

While he wasn’t able to find the end zone, fifth-year senior Demario McCall provided more excitement than anyone else out of the backfield, splitting out wide and gashing the Rutgers defense as a pass-catcher for this first down.

Not to be outdone, Master Teague capped the drive with six points.

Two more touchdown passes from Fields later and the Buckeyes were just short of the 50-point mark, without much interest in expanding the lead any further.