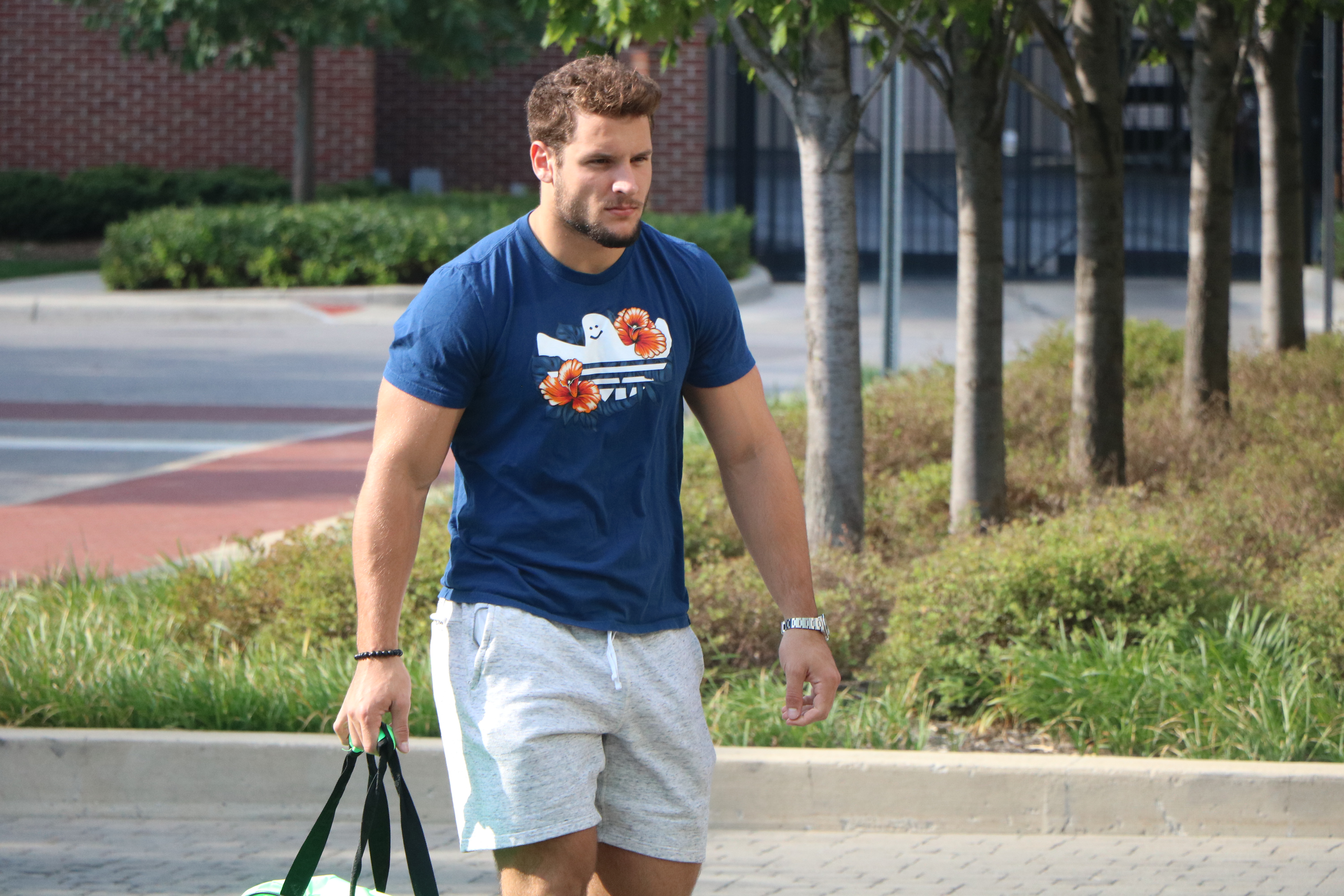 Prior to Ohio State’s game against Tulane on Sept. 22, the Buckeyes had either Joey or Nick Bosa on the field for every game since the season opener in 2013.

After Nick’s injury, there was hope that perhaps the younger Bosa could return by the end of the season to help Ohio State’s playoff push. That however, is not the case.

Ohio State announced Tuesday that Bosa has decided not to return to school and will instead focus on preparation for the 2019 NFL Draft, in which he is expected to be a top-5 selection. For the Buckeyes, that means playing without its best player on a defense that has struggled this season.

The Buckeyes surrendered 492 total yards to Penn State in a 27-26 victory, another 26 points to Indiana the following week and despite only giving up 14 points to Minnesota, OSU gave up multiple chunk plays to Minnesota in a closer than expected 30-14 win.

Bosa’s decision to leave Ohio State was one that defensive coordinator Greg Schiano said it hard to embrace, but added the Buckeyes are already moving forward and not dwelling on his departure.

“He’s a great player. It is tough for everybody, including Nick,” Schiano said Tuesday evening. “But that is life in sports. You have to move on and play with who you have.”

What Ohio State does have is a defensive line that is currently dinged up. Johnathon Cooper and Robert Landers have both missed time with injury already this season. Cooper missed the entirety of the Minnesota game with an apparent head injury while Landers has been dealing with an undisclosed injury since the Tulane game. He started against Minnesota, but played very limited reps.

Schiano, who was not involved in discussions with the Bosa family about Nick’s decision to leave, said that replacing Bosa will be a tall task, especially with the injuries Ohio State is dealing with on the defensive line.

“You lose a player of Nick’s ability, I mean, there is nobody else like him,” he said. But that is the nature of competitive athletics.”

Ohio State is expecting to get Cooper back for the game against Purdue, a primetime showdown that figures to feature plenty of offense. The Boilermakers rank second behind only the Buckeyes in pass offense in the Big Ten, as Jeff Brohm’s squad throws for an average of 330.8 yards per game.

The Buckeyes are also unsure about the status of starting cornerback Damon Arnette, who has been dealing with an unspecified injury since the Penn State game. If he cannot go, Ohio State will not only be without its best pass rusher in Bosa, but also its most experienced corner as well. Regardless, Schiano said the Buckeyes have to move forward, regardless of their depth situation.

“In sports, you don’t have a choice. You play with who you have. Everybody has those situations. Every once in a while you get one of those magical years where everybody stays healthy the whole time,” Schiano said. “The common phrase is ‘next man up.’ It is probably overused, but it’s a reality.

“The game is coming Saturday night at 7: 30 p.m. whether we are healthy, or not healthy. It doesn’t wait for anyone.”