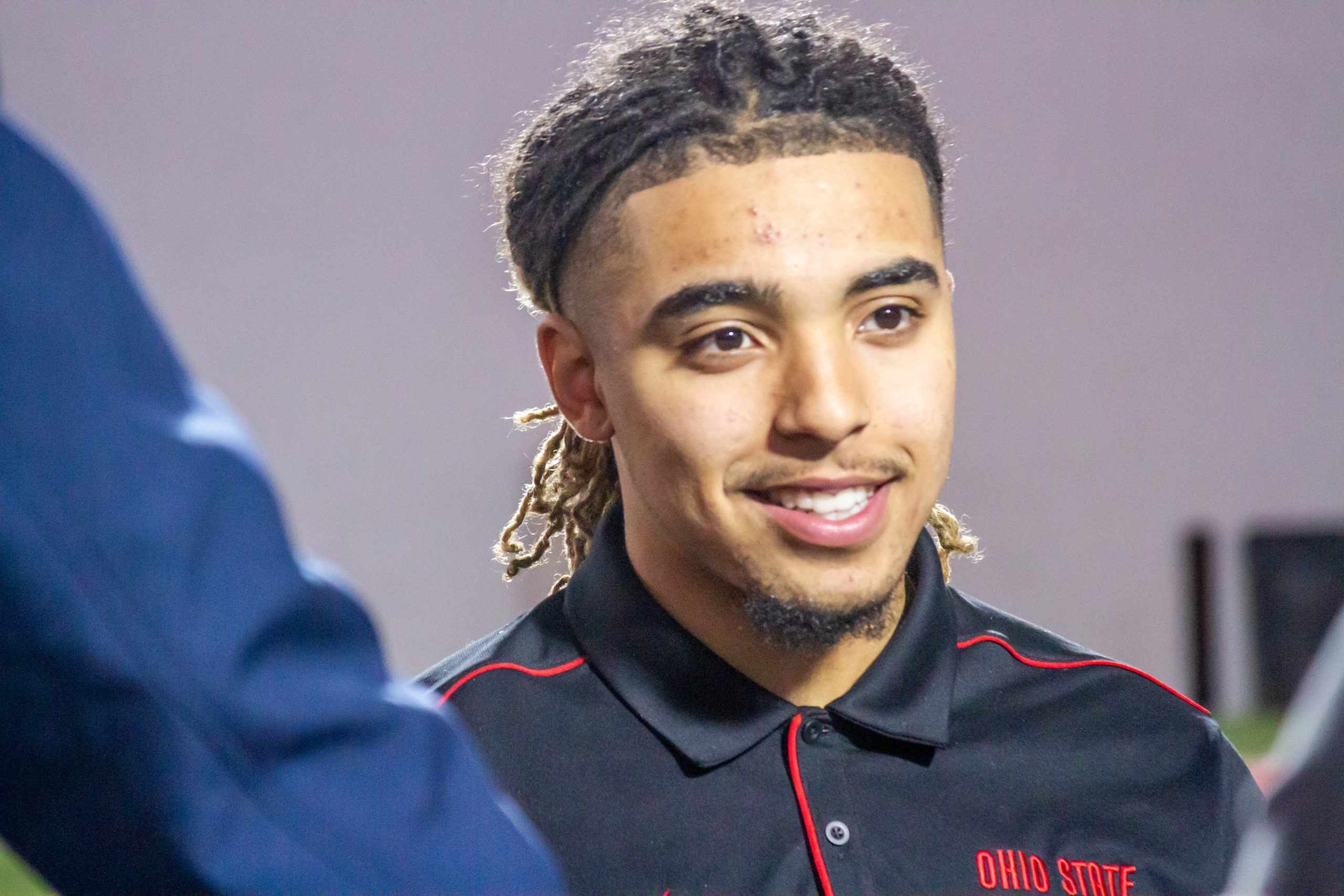 Ohio State wide receiver Gee Scott Jr. became the third member of the Buckeyes’ 2020 recruiting class to receive the honor of having his black stripe removed this fall.

Anotha one for #Zone6! This guy just makes plays. Congrats on losing your stripe @Geescottjr!#GoBuckeyes pic.twitter.com/gOJKgyuJr4

“I appreciate you all welcoming me in right away and making me one of your own,” Scott said to his teammates. “I’m just blessed to be a part of this. Shoutout to Zone 6, Coach [Brian] Hartline. Appreciate you all. Buckeyes!”

The four-star receiver from Sammamish (Wash.) Eastside Catholic came to Columbus as the No. 10 wide receiver and No. 66 overall prospect in his class.

When he committed to the Buckeyes, Scott Jr. passed over offers from LSU, Florida, Florida State, Notre Dame, USC, UCLA, Oregon, Wisconsin and Washington State, among others.

The removal of a player’s black stripe is a tradition that former head coach Urban Meyer passed down to his successor Ryan Day. Every new member of the team has a black stripe placed down the center of his helmet until the coaching staff decides he has earned the right to have it removed, officially confirming him as a member of the Buckeyes.