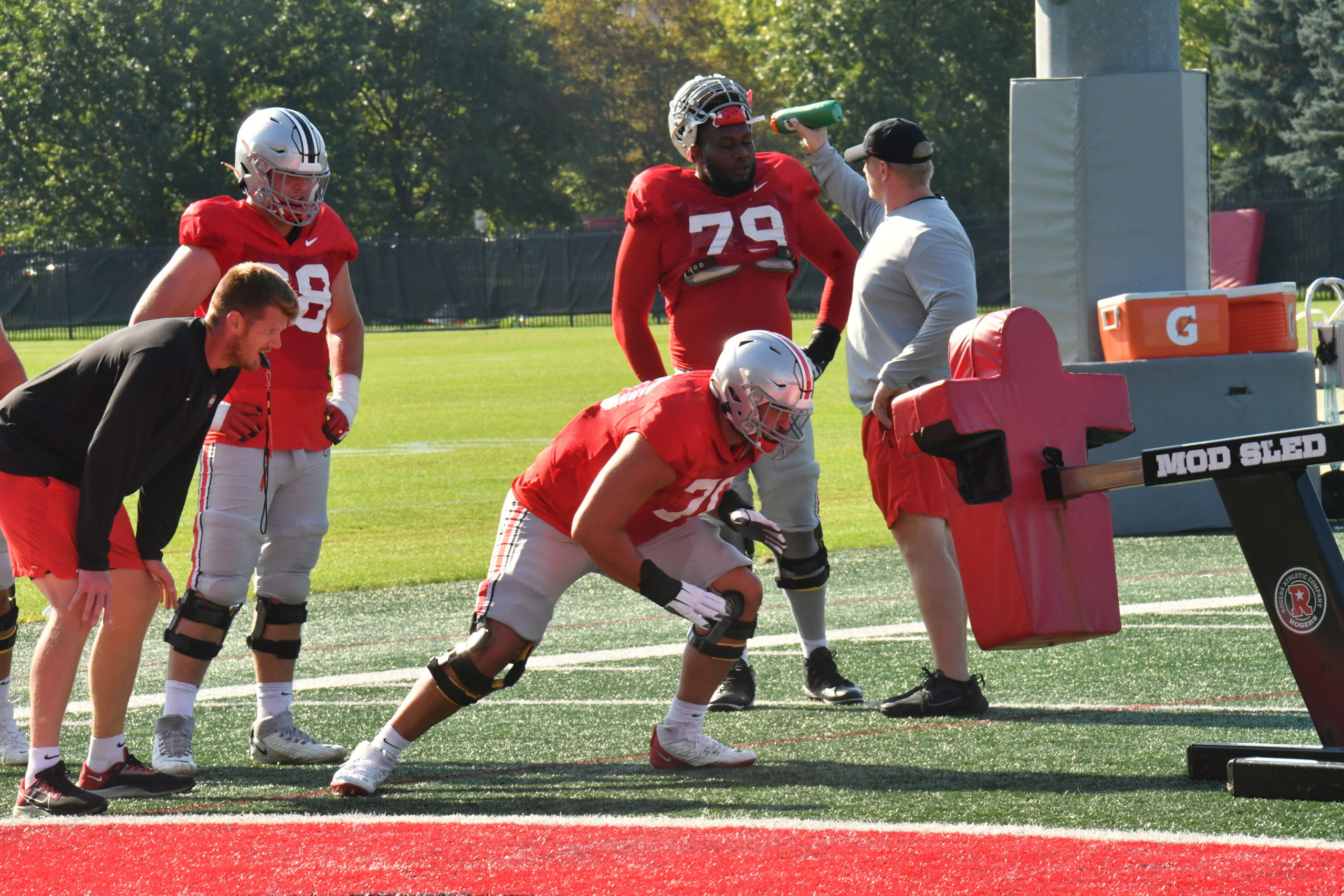 When Ohio State took the field for initial warm-ups prior to its Nov. 12 matchup with Indiana, offensive tackle Josh Fryar was in a state of limbo.

With starting right tackle Dawand Jones listed as a game-time decision, Fryar was slotted as the next man up if Jones couldn’t play. As Jones emerged from the locker room in street clothes following warm-ups, Fryar knew it was his time to shine — noting that he only had 20 minutes to calm his nerves and get himself ready for game action.

“Coach Day and Coach Frye came up to me in the locker room and went, ‘We’re rolling with you,'” Fryar said. “I was pumped because it was against my hometown team and the gameplan was good.”

There were extra stakes on the line for Fryar, a native of Beech Grove, Ind., as his father, Jeff, played tight end at Indiana from 1984-88 and he grew up just an hour’s drive away from the campus. He added that getting to accomplish the milestone of his first career start against such a familiar opponent was exciting for him.

“It was pretty special,” Fryar said. “It was cool to play against his alma mater and get a little one up on him.”

As for his play, Fryar was impressive in the spot start. He helped spring several chunk runs by Ohio State’s six ballcarriers, primarily thanks to his ability to get to the second level and seal off linebackers. His efforts in the running game aided the Buckeyes to their best rushing output of the season, 340 yards on a 7.9 average per carry. He was also solid in pass protection, as he — along with the rest of the OSU offensive line — did not allow a sack on quarterback C.J. Stroud.

Fryar has already seen considerable action this season, substituting in as one of Ohio State’s extra blockers in its ‘Bison’ package — which is typically reserved for short-yardage and goal-line situations. He noted that he’s enjoyed his role in that package and that it helped prepare him for his increased role against the Hoosiers.

“The ‘Bison’ is pretty fun too,” Fryar said. “(Being) the extra tight end in there, I see the starting five and then me in there, it’s pretty fun.”

Day noted that Fryar graded out as a champion — a status reserved for those who stood out to the coaches on film — for his role in the 56-14 win over Indiana. Although Fryar said he doesn’t expect to start this week with Jones on the mend, Day added that, based on what they saw on film, he would feel comfortable with Fryar in an increased role if the injuries to the front continue.

“You know now that he can play in a game and do well,” Day said. “With some of the new challenges ahead of us, he’s going to have to be able to do that as well. He comes in, certainly in that ‘Bison’ package that we have and does a really good job there. We’ll continue that package and try to find more things for him to do there.

“If there’s any hiccup with anybody on that offensive line, he would, obviously, be one of the first ones to go in.”