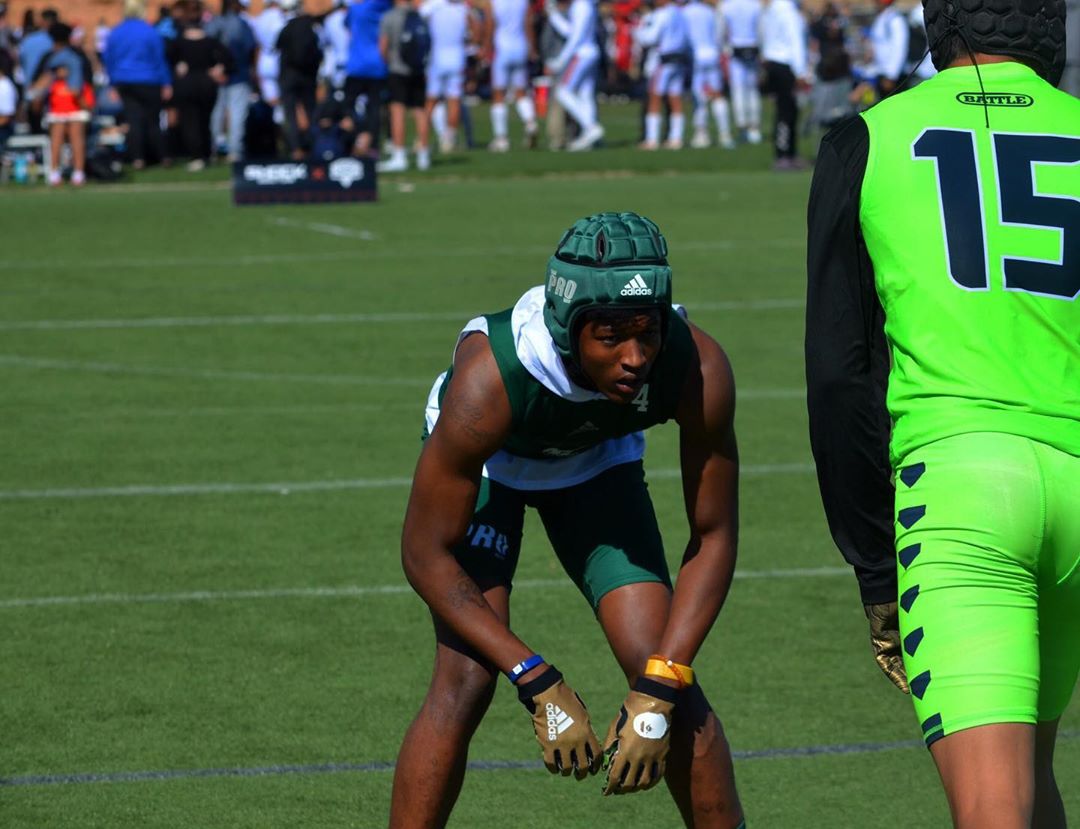 Ohio State found itself among the top schools for yet another four-star prospect on Monday night, when California cornerback Jamier Johnson included the Buckeyes in his top seven list.

Hate it or love it..🖤 #Final7 pic.twitter.com/DcdXBWx4bS

Ohio State stands out on the list as the only school past the Mississippi River, with the other six representatives coming primarily on the West Coast, save for Nebraska and Texas.

The inclusion on this list seems to indicate that the inroads Ohio State has made to the West in the last year has paid off, including the two California signees in 2020 (safety Kourt Williams and quarterback C.J. Stroud), along with other West Coast prospects like quarterback Jack Miller and safety Lathan Ransom from Arizona, and wideout Gee Scott Jr. from Washington.

Johnson’s interest in the Buckeyes also seems to be sincere, in that he listed them without yet taking a visit to Columbus, as his planned trip was cancelled in March because of coronavirus. He explained his interest in Ohio State in an interview with 247Sports.

“With Ohio State, that’s DBU and they do a great job developing players and getting them to the League (NFL),” Johnson said. “I really like Ohio State a lot and I was supposed to visit last month but the Virus shut all the trips down. That was really disappointing because I was looking forward to getting out there and seeing everything close up. I talk with coach (Asa) Jackson a couple of times a week and I’m hoping to meet the rest of the staff on a future visit.”

Johnson said that he still plans on taking an official visit to Ohio State before he announces his decision, and is setting the timeline for the final call to come around September.

“I would like to decide in September,” Johnson said. “Trips are up in the air right now but once things open back up, I would love to take all my visits if I can. I for sure plan to take official trips to Ohio State and Texas. Those two are for sure and if I had to name all five, I would say Oregon, ASU and Colorado too.”

Johnson is rated as the No. 281 prospect in the country, and the No. 21 cornerback. Ohio State is looking to take one or two more defensive backs in this class but will likely look to Virginia’s Tony Grimes,  Florida’s Kamar Wilcoxson, Kentucky’s Jantzen Dunn and California’s Jaylin Davies to fill those spots first, though an official visit to Columbus could change things significantly with Johnson and the Buckeyes.