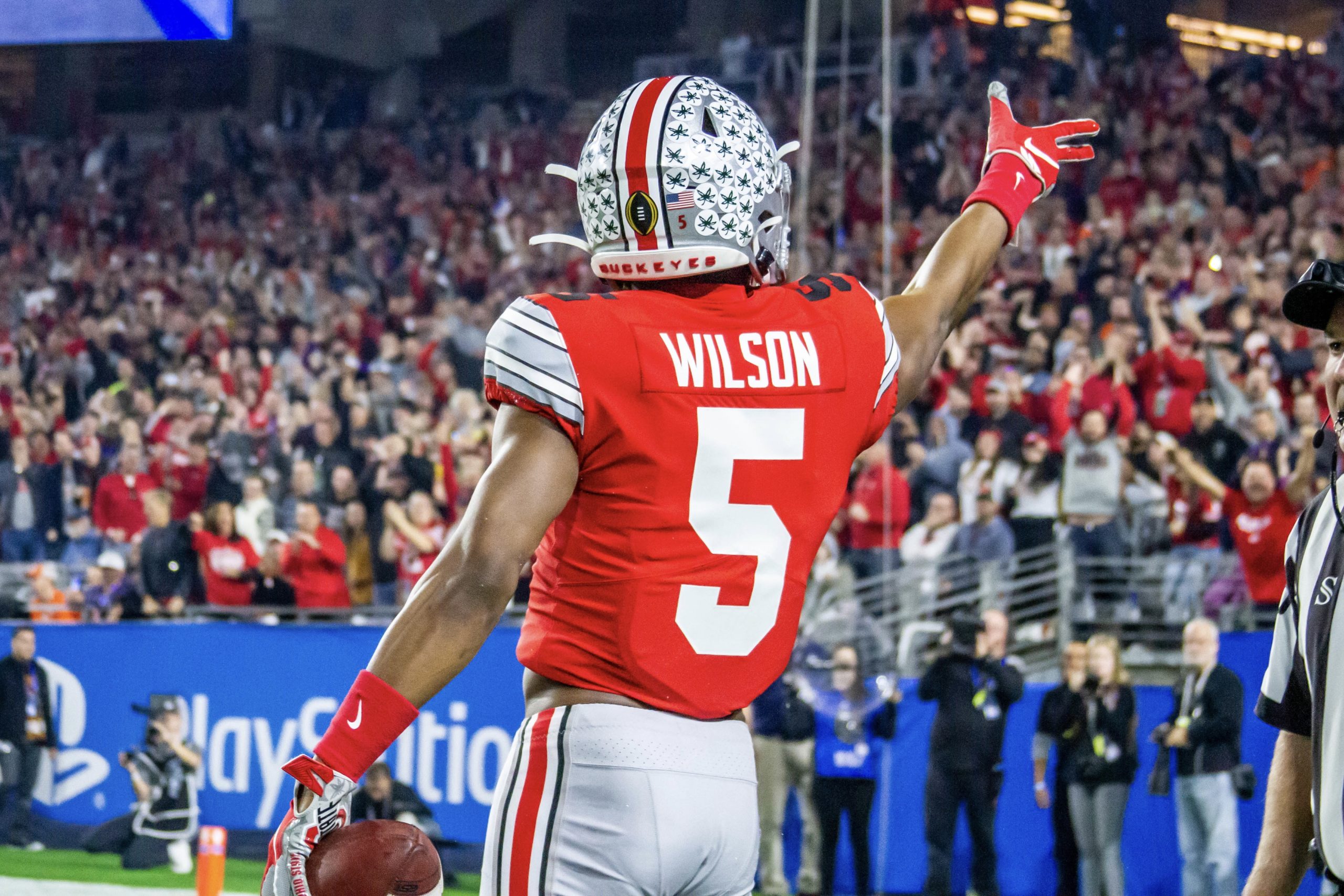 The PFF College 50 evaluates every college football player on every play of each season, ranking each player for their skill, regardless of their position. Therefore, an offensive lineman, defensive lineman or receiver has the same chance of being featured on the list as a quarterback.

Olave made a surprising decision to return to Ohio State after many scouts projected him to be a first-round selection in the 2021 NFL Draft. The rising senior returns as one of the best route-runners in college football and the top receiver on the PFF College 50 rankings.

“Olave has generated a step or more of separation on over 87% of his targets since 2019, the highest rate in the country,” Treash said.

In his three seasons with the Buckeyes, Olave has used his generated space efficiently, recording 111 receptions, 1,775 yards and 22 touchdowns.

“Against single coverage over the past two seasons, he has racked up 15 receptions of 15-plus yards in which he had more than a couple of steps of separation, trailing only Alabama’s DeVonta Smith for the most in FBS (19) and was five more than the next best Power Five receiver,” Treash said.

Smith benefitted from returning to Alabama for another season in 2020, tallying 117 catches, 1,856 yards and 23 touchdowns. His historic season led to a Biletnikoff Award for the nation’s best wide receiver. Smith also won the Heisman Trophy, becoming the first wide receiver to win the award since Michigan’s Desmond Howard in 1991.

While Buckeye fans should not expect the historic season Smith accomplished with the Crimson Tide from Olave, perhaps he can boost his draft stock even further than a season ago, continuing to polish his already refined game.

In 2020, Wilson found a comfortable role as the second receiver in Ohio State’s offense. Then-quarterback Justin Fields found him 43 times, totaling 723 yards and 6 touchdowns. He is the No. 2 wide receiver in Treash’s pre-season rankings.

“Like his teammate Olave, Wilson is one of the best route-runners in the game,” Treash said. “He impressed against single coverage and frequently found soft spots against the zone while working from the slot, leading to a separation rate that ranked eighth-best in college football this past season.”

Wilson’s polished route-running, combined with his speed and explosiveness, allow him to be a consistent deep-ball threat on Ohio State’s offense. Last season, he led the team with 16.8 yards per catch.

Other Ohio State receivers such as freshman Marvin Harrison Jr. and sophomores Jaxon Smith-Njigba and Julian Fleming will have their chance to impact the Buckeyes. Still, Olave and Wilson will headline the talented position group.

Munford will return to Ohio State as a fifth-year senior and one of the most experienced offensive linemen in college football. He is the top-ranked tackle in the PFF College 50.

The Cincinnati native began his Ohio State career in 2018. Three seasons later, in 2020, Munford posted a 91.8 PFF grade, the fourth-best mark in the FBS and the highest mark among returning tackles.

“Across 264 pass-blocking snaps, he allowed just three pressures, none of which were sacks or hits on quarterback Justin Fields,” Treash said. “In turn, his pressure rate allowed was half a percentage point lower than any other Power Five left tackle.”

“Garrett broke our in a big way in 2020, earning an astounding 88.9 pass-rush grade that trailed only Alabama’s Christian Barmore — a first-round pick in the 2021 NFL Draft — for the best in the Power Five,” Treash said.

“Garrett may have generated only 18 pressures in eight games, but he won consistently,” Treash said. “In fact, his 17.9% win rate also trailed only Barmore for the best mark in the Power Five. He is a force of nature with heavy hands, bound to wreak havoc again in 2021.”