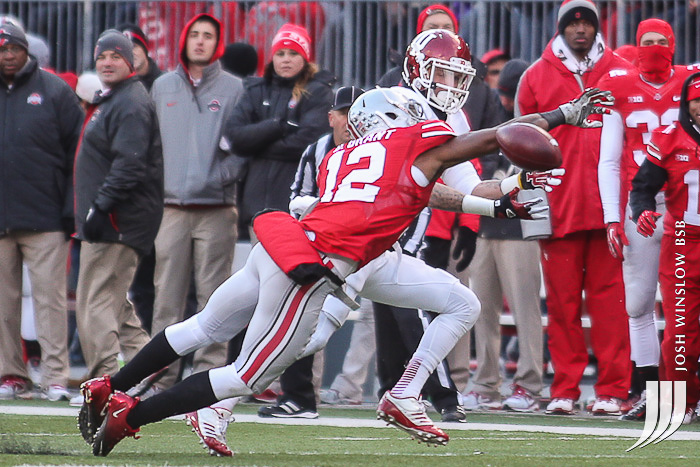 After Cardale Jones was selected as the team’s quarterback, the XFL’s D.C. Defenders got to work selected a trio of former Buckeyes to join the title-leading signal caller.

Starting in the ninth round of drafting for the offensive line, the Defenders selected guard Chase Farris.

Farris was on the Buckeyes from 2011-15, and played in all 15 games during the national title run, totaling the most snaps of any offensive lineman that did not start. He then went on to start at right tackle during his redshirt senior season.

Though he went undrafted, Farris made his way to the Detroit Lions and eventually went to the New England Patriots, where he saw action in the 34-28 overtime win against the Atlanta Falcons in Super Bowl LI.

On the defensive side of the ball, the Defenders selected defensive end Tracy Sprinkle in the fifth round of the front seven portion of the draft.

Let us Sprinkle another Buckeye on your TL.

He did not get drafted, but was signed to the Carolina Panthers before being released. Sprinkle also got an opportunity in the AAF with the Atlanta Legends before the league folded, and was signed by the Cleveland Browns this offseason before getting cut a few weeks later.

To finish off their group of Buckeyes, the Defenders selected cornerback Doran Grant in the fourth round of the defensive backs draft.

Grant played in all four seasons he was at Ohio State, from 2011 to 2014, when he helped the team with the title.

He was eventually selected in the fourth round, pick No. 121 by the Pittsburgh Steelers, but bounced around to the practice squads of the Buffalo Bills, New York Giants, Jacksonville Jaguars and Chicago Bears, never finding his way into game time at the NFL level.

Grant also was on the AAF’s Atlanta Legends prior to the league disbanding.