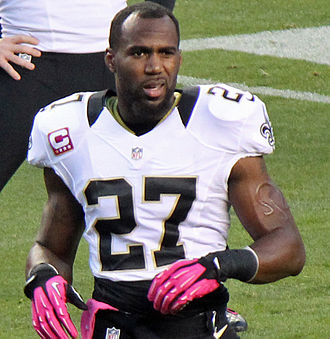 Two former Ohio State standout defensive backs are on the move today, as the NFL free agency kicks into gear with the start of the new league year beginning at 4 p.m. The first of the two, Malcolm Jenkins, is expected to sign with the New Orleans Saints after being released by the Philadelphia Eagles on March 17.

A reunion: The #Saints are close to a deal with safety Malcolm Jenkins — likely bringing back one of their former first-round draft choices and securing their back end. The #Eagles recently parted ways with Jenkins.

That move may be causing a second Buckeye to relocate as well, as Eli Apple is expected to jump from New Orleans to Las Vegas to join the Raiders.

Both moves mark a bit of a reset for the players involved, though for wildly different reasons. For Jenkins, New Orleans was his first home in the NFL. He was drafted by the Saints in 2009, and played there for five seasons before leaving in free agency for Philadelphia, where he played from 2014-2019. Jenkins didn’t truly begin to shine in the league until he made that move to Philly, where he was a three-time Pro Bowl selection as a safety, rather than as a cornerback, the position that he primarily played with the Saints.

Now 32, Jenkins will likely look to end his career in the place that it started, playing the position that he was able to carve out quite the niche in. He’ll also be surrounded by some familiar faces, as the Saints have Jenkins’ former teammate Ted Ginn (though Ginn is a free agent), along with former Buckeyes Michael Thomas and Marshon Lattimore on their roster. Former safety Vonn Bell is on the team as well, but insiders have indicated that this move may mark the end of his time with the Saints.

His new coach, Sean Payton, spoke highly of him, both now and in 2018.

“Should have never let him leave to begin with,” Payton told ESPN.

“Malcolm, I think the world of him,” Payton said after a 2018 game against the Eagles. “He’s a tremendous player, and I hate that he got out of here. That was probably as big a mistake as we’ve made here in 13 years. He’s made up of all the right things, and he’s a tremendous competitor.”

For Apple, his NFL career has gotten off to a very slippery start. He struggled with the Giants, who drafted him 10th in 2016, and essentially lost his role on the team by his third season in 2018. He was traded to New Orleans and started 10 games there, racking up 52 tackles, nine pass deflections and two interceptions. He started 15 games in 2019, but still struggled in coverage and garnered the ire of fans. The move to Las Vegas could be the change needed to turn his career around, entering season No. 5.