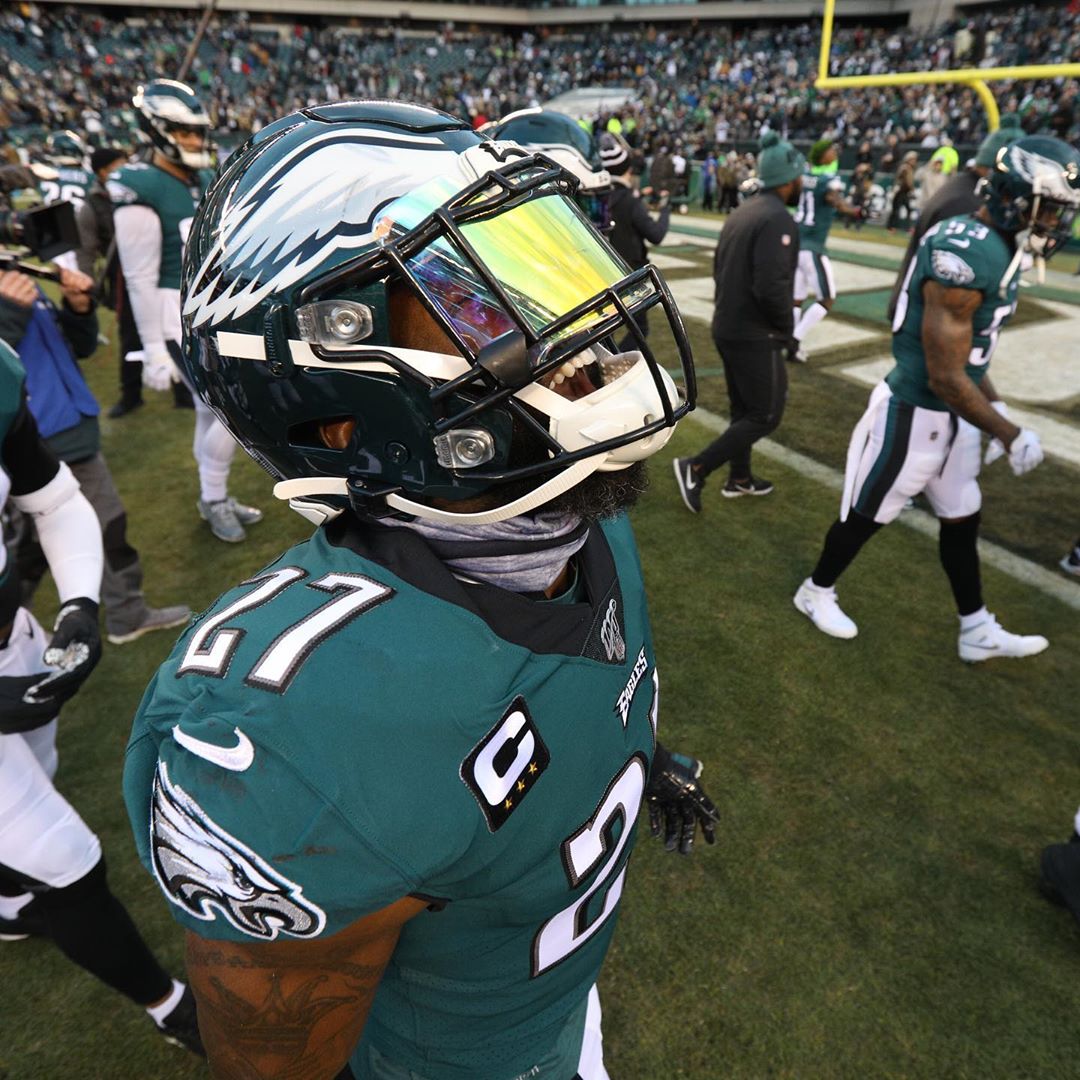 Malcolm Jenkins is a free agent.

The former Ohio State standout and two-time Super Bowl champion will not return to Philadelphia after the team announced they will not exercise his 2020 contract option.

“Malcolm Jenkins has been an outstanding player for us and we are proud of everything he accomplished both on and off the field during his time in Philadelphia,” the Eagles said in a statement. “Malcolm was a great teammate and leader, as well as one of the toughest and most reliable players to ever play in our city.

“After thorough discussion with Malcolm and his agent, Ben Dogra, both sides agreed on the difficult decision to turn the page on what was an incredible six-year relationship. We wish Malcolm and his family all the best as he pursues his next opportunity.”

Jenkins, a Piscataway, N.J., native,  posted a letter titled ‘Dear Philly’ on Twitter in a heartfelt response to the decision.

“”I’m grateful to Mr. Lurie for the opportunity to represent this city,” Jenkins wrote. “I thank the warriors in this community that fight for a better Philadelphia. And I thank the fan base for embracing me as your own.

“I hope that I am leaving having given more than I have received. That has always been my mission and I hope I represented you all well.

“Also, this is my home so I’m sure you’ll see me around. So this is not goodbye, but I’ll see you later (*Clinking Beer Mugs Emoji*).”

After an injury-riddled 9-7 season for the Eagles, they decided to part ways with their most durable player, who will be 33 years old in December. Jenkins, who started every game in six seasons in Philly, had a team option that would have cost a base salary of $7.6 million for next season. The move saves the Eagles $4.77 million in cap space with $6.1 million in dead money, per Over The Cap.

Following two All-America seasons in Columbus, Jenkins was drafted with the No. 14 overall pick by the Saints in 2009. The former Thorpe Award winner transitioned from cornerback to safety in the NFL with great success, winning a Super Bowl in his first season in New Orleans.

After five seasons with the Saints, Jenkins joined the Eagles, where he went to three Pro Bowls in five seasons and won a Super Bowl in 2017.

The former three-time first-team All-Big Ten performer recorded 81 tackles and 2.5 sacks, with eight passes defended in 2019, providing the only consistency to a much-maligned Philadelphia secondary. Moving on from Jenkins may leave an immeasurable absence in leadership, which he provides in spades.

Mills, a 2016 seventh-round pick, started nine games in 2019 after beginning the season on the Physically Unable To Perform list. The former LSU All-American tallied 41 tackles, seven passes defended and one interception, despite the injury setback. The organization wants to convert Mills from a corner to a corner/safety hybrid, where he will likely play more safety.

Rapoport has also reported that the Saints are likely to sign Jenkins, giving the star defensive back a chance to return to the city where his NFL career began.

Not long following the Eagles’ announcement about Jenkins, who NBCSports Philadelphia referred to as “one of the greatest defenders in franchise history,” his teammates began posting tributes on social media in his honor.

Not bad for a young man from Piscataway (N.J.) Township High, who was the nation’s No. 58 corner and No. 667 overall prospect as a three-star high school recruit in 2005.

Mills posted a touching tribute to Jenkins on his Instagram page, featuring a photo that has the accomplished veteran in the background of Mills on the sideline. “For one to lead he must first learn how to follow,” Mills wrote, to which Jenkins responded, “You’re ready for this bro! (*Praise Hands Emoji*).”

For one to lead he must first learn how to follow

McLeod also took to Instagram to honor Jenkins, posting a photo featuring them both where it appears Jenkins may be pumping up a flock of Eagles with words of inspiration, and McLeod’s eyes are glued on the leader. “A legacy last(s) forever, leaders don’t create followers they create more leaders. #iaccept #27,” McLeod wrote.

A teammate on the other side of the ball, tight end Zach Ertz, a fellow three-time Pro Bowler, also showed his appreciation for Jenkins.

“‘As iron sharpens iron, so one person sharpens another.’ Proverbs 27:17. This was our motto on the field each and every time we competed! I wouldn’t be the player I am without @MalcolmJenkins! Thankful for the lessons you’ve taught me on and off the field! Big things ahead!” Ertz posted to Twitter.

“As iron sharpens iron, so one person sharpens another.”
Proverbs 27:17
This was our motto on the field each and every time we competed! I wouldn’t be the player I am without @MalcolmJenkins! Thankful for the lessons you’ve taught me on and off the field! Big things ahead! pic.twitter.com/SctpKOlRyR 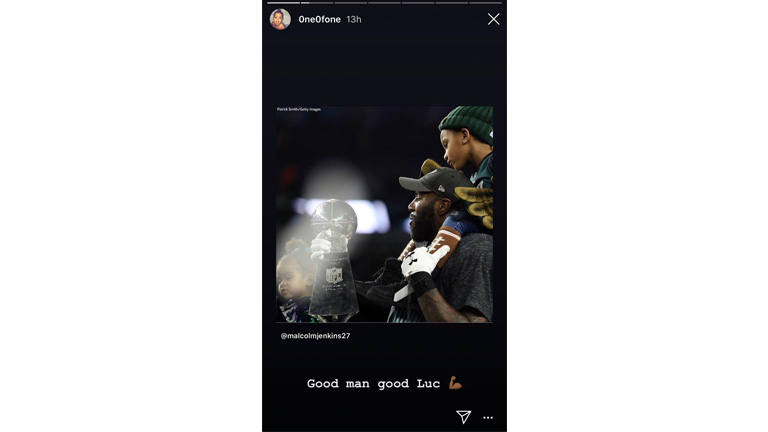 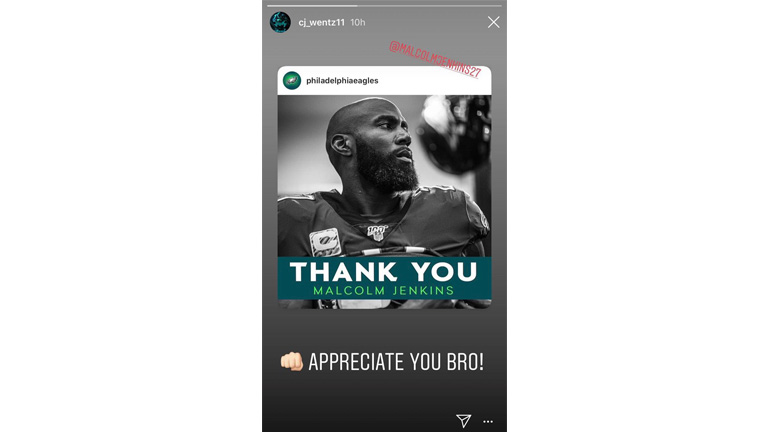 Jenkins will surely attract teams who are expecting to contend for championships and have a need at safety in free agency. For the Eagles, replacing such an elite player and person is much less certain.

Below are Jenkins’ career highlights as a Buckeye, as well as his 2018 highlights with the Eagles: