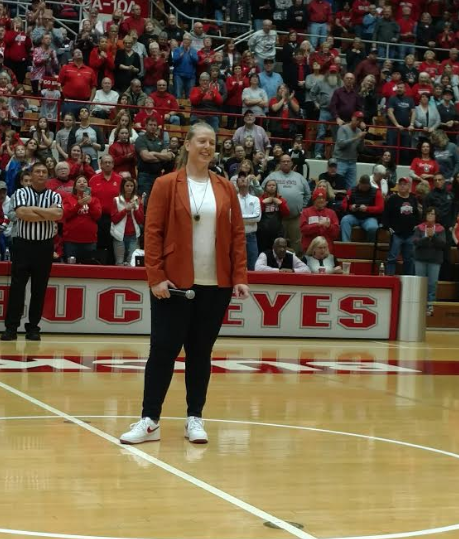 Katie Smith, one of Ohio State women’s basketball’s most dominant players, has been named as one of the 25 best WNBA players of all-time.

Smith was listed on “The W25,” a 25-player list that was selected by a “select panel of media members and women’s basketball pioneers and advocates,” according to the release. The list is being done to honor the WNBA’s 25th season.

In her four years with the Buckeyes, Smith broke what was then the Big Ten scoring record in either men’s or women’s with 2,578 points. She also helped lead Ohio State to the national championship game in her freshman season and earned the conference’s Player of the Year award as a senior.

Smith continued that dominance after, first in the ABL (American Basketball League), helping the Columbus Quest earn championships in both of her seasons, and then in the WNBA. After 15 seasons in the league, Smith tallied 6,452 points, was a seven-time all-star and a two-time champion, both of which came with the Detroit Shock.

The rankings for the top 25, which will be determined by fan vote, will be released during the WNBA finals. Voting concludes at 11:59 p.m. ET on Sept. 19.