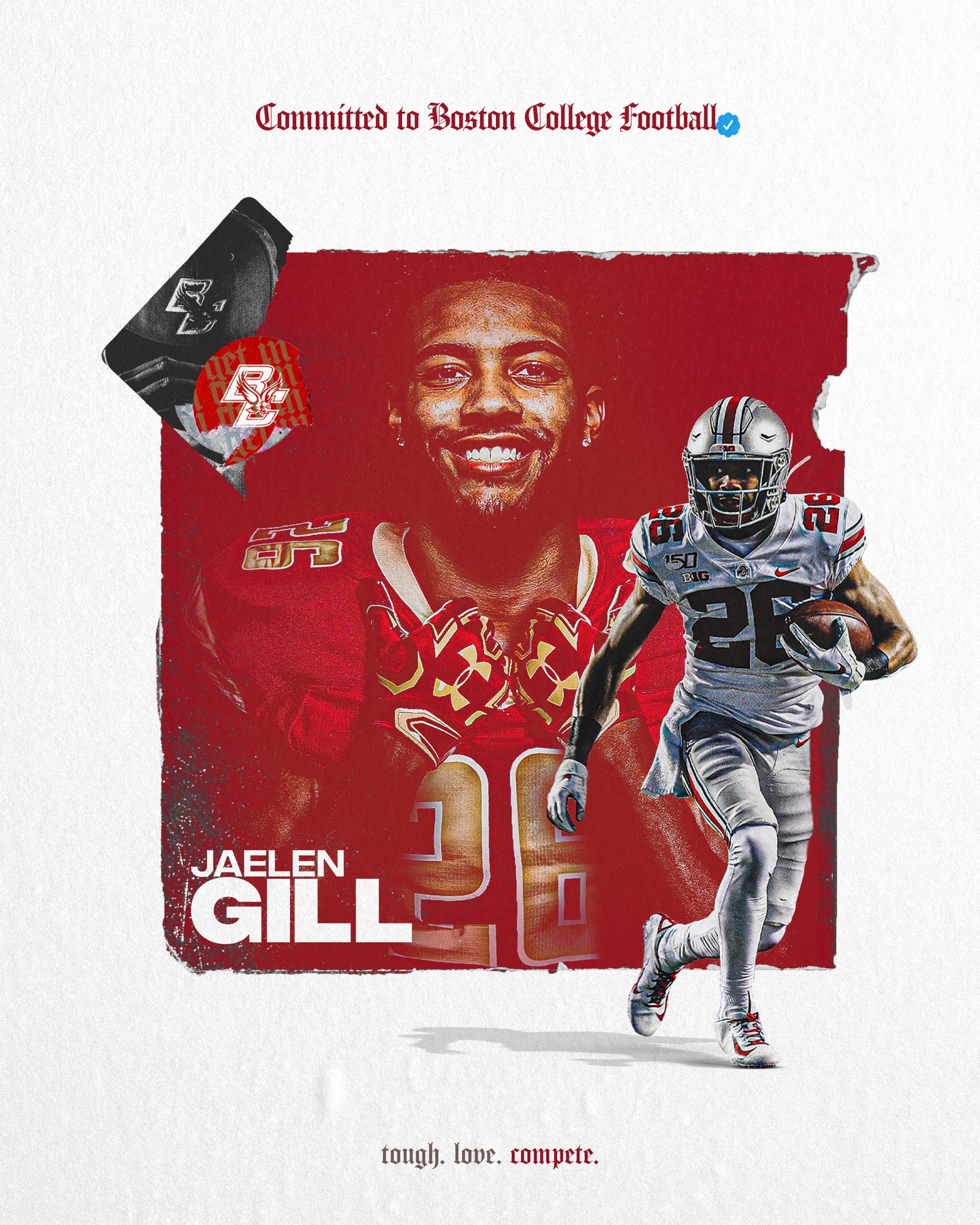 The 6-0, 188-pound Gill came to the Buckeyes as a four-star recruit from nearby Westerville (Ohio) South, but managed just seven catches for 62 yards and one touchdown in two seasons (including his redshirt year) with the Buckeyes. He was expected to move into a starting role this fall following the departure of seventh-round NFL draft pick K.J. Hill until fellow sophomore Garrett Wilson switched from outside receiver to the slot during spring practice.

The highlight of Gill’s Ohio State career was undoubtedly the 32-yard touchdown he scored in the 56-21 win at Rutgers in early November, where he caught a swing pass from backup quarterback Chris Chugunov, made two defenders miss, spun past another and carried the final would-be tackler nine yards into the end zone.

Though he could provide Boston College with an immediate boost by getting carries out of the backfield or catching passes in the slot, Gill will likely have to sit out the 2020 season after transferring. That is unless he receives a waiver from the NCAA, in which case he’d have three seasons of eligibility remaining.