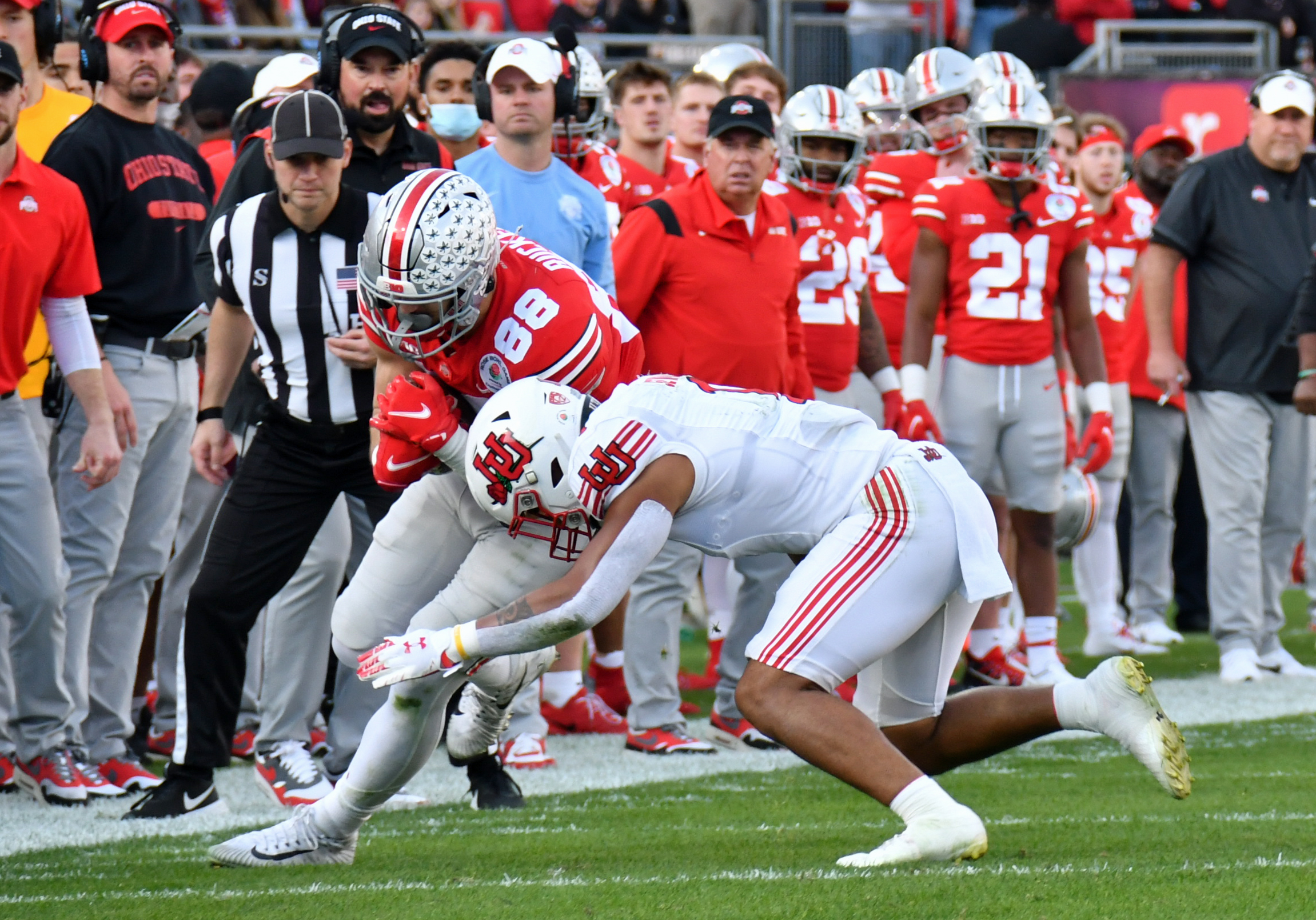 The New York Jets announced on Monday that they have come to terms on a rookie deal with third-round pick and former Ohio State tight end Jeremy Ruckert. According to reports, the deal is a four-year contract worth $5 million with an $849,000 signing bonus.

“I think the culture, like coach (Robert) Saleh said, I think that the little time that I’ve been around you could tell the culture is spreading very well,” Ruckert said after the draft. “I felt it as soon as I was there for just a couple days I was there, I felt it. I got juiced up and I’m just so excited.”

Ruckert played his way into the third round – and the No. 101 overall pick – after a successful senior season with the Buckeyes in which he caught 26 passes for 309 yards and three touchdowns. He finished his career at Ohio State with 54 receptions for 615 yards and 12 touchdowns, and played a pivotal role as a blocker for the Buckeyes.

“He’s made big-time plays versus big-time opponents,” Saleh said. “Dynamic athletic movement. This guy can do it. On the o-line, he likes sticking his face mask into a (defensive end) and grinding, trying to help his teammates. This guy is made of the right stuff. He’s an absolute bulldog in the run game.”

With Ruckert’s signing, all six of Ohio State’s draftees in the 2022 NFL Draft have signed their rookie deals. Garrett Wilson signed with the Jets for four-years and $20.55 million, while Chris Olave inked a four-year, $19.2 million deal with the New Orleans Saints. Offensive lineman Nicholas Petit-Frere signed his deal with the Tennessee Titans, though terms of the contract have not been revealed.

Tyreke Smith, taken by the Seattle Seahawks in the fifth round, signed a four-year deal with $3,980,975, and Thayer Munford inked a four-year, $3,757,060 contract with the Las Vegas Raiders, who selected him in the seventh round.