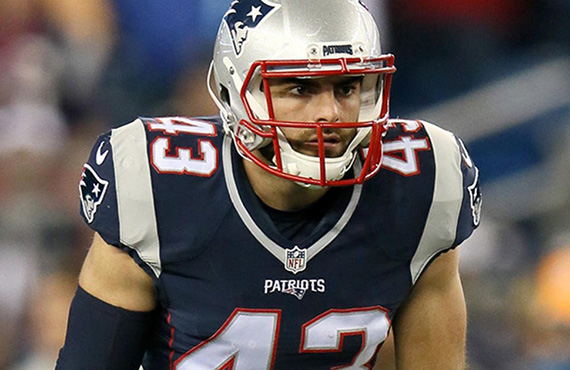 The Giants have not yet confirmed the signing because teams aren’t allowed to announce free-agent additions until the player passes a physical, and concerns over the coronavirus outbreak make travel difficult. However, Giants.com’s Michael Eisen is reporting it will a one-year deal for Ebner.

The #Giants are bringing in a familiar face for coach Joe Judge, as former #Patriots special teams ace Nate Ebner is set to join NYG, source said. The ex-rugby star had been with New England since 2012.

The 31-year-old Ebner walked onto the Buckeyes’ football program in 2009, and recorded 30 special teams tackles over the next three seasons. A three-time academic All-Big Ten honoree, he was also named the team’s most inspirational and best special teams player as a senior.

Ebner tested well at Ohio State’s Pro Day, running a 4.47-second 40-yard dash and bench-pressing 225 pounds 23 times, which is a big reason why he was selected by the New England Patriots in the sixth round of the 2012 NFL Draft. In the eight years since, he’s recorded 95 tackles and won three Super Bowl titles.

Ebner — who played on the United States national rugby team and earned second-team All-Pro honors in 2016 — will be reunited in New York with Giants head coach Joe Judge, who also spent the last seasons in New England as the Patriots’ wide receiver coach and/or special teams coordinator.