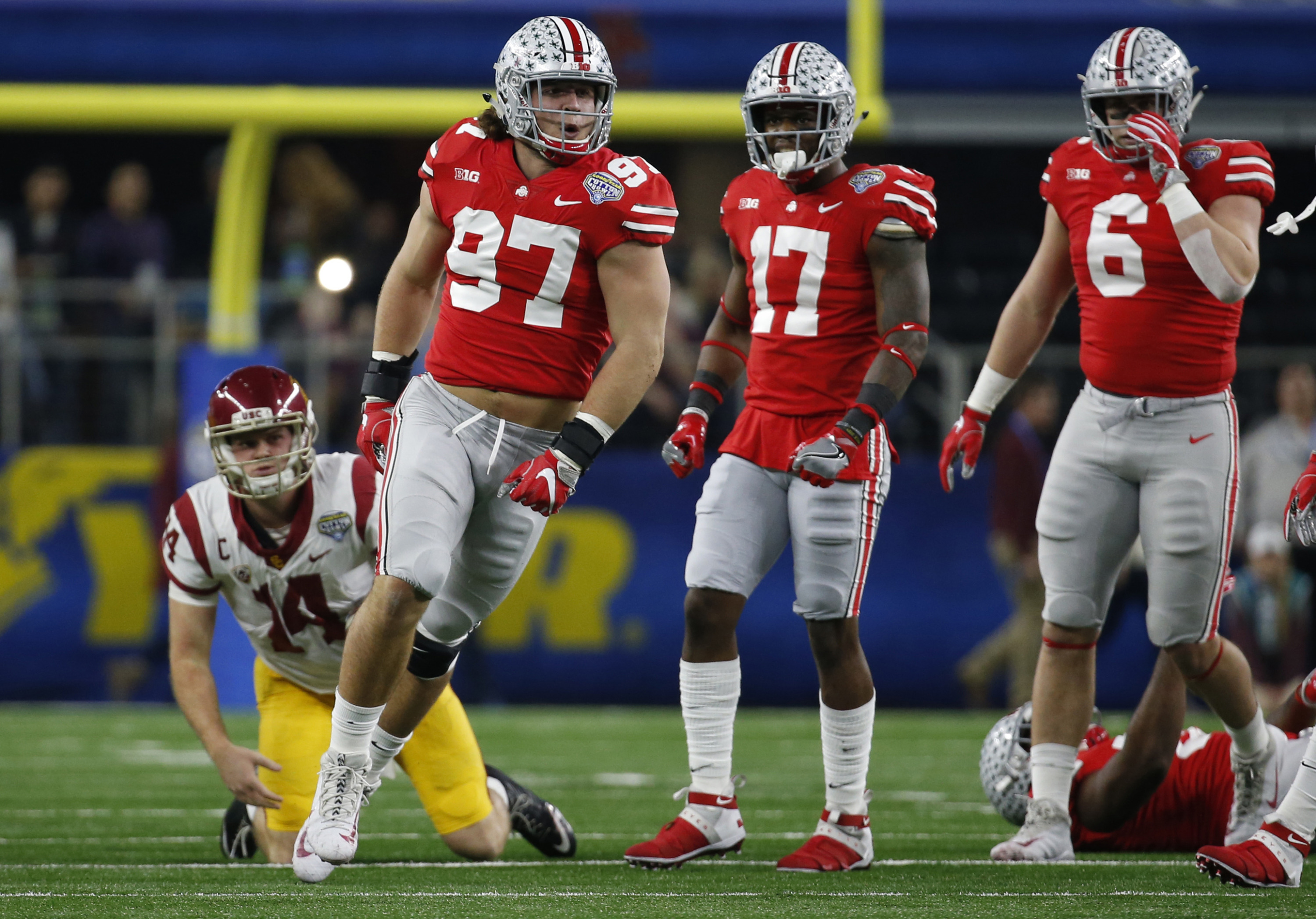 While Chase Young continues to dominate and pick up the awards at a collegiate level, former Ohio State defensive ends are keeping the success going at the professional level.

Both Joey Bosa and Nick Bosa impressed enough in last week’s games to take home their respective conferences defensive player of the week awards, with Joey winning in the AFC and Nick in the NFC.

Defensive Players of the Week (Week 8):

Joey Bosa, who played for Ohio State from 2013-15, put up seven tackles, four tackles for loss and two sacks for the Los Angeles Chargers in a 17-16 win against the Chicago Bears.

On the season, Joey Bosa has 42 tackles, 28 of which are solo tackles, 10 TFL, seven sacks and a forced fumble.

His brother, San Francisco defensive end Nick Bosa, continued to light up his rookie season for the undefeated 49ers.

Nick Bosa tallied four tackles, three of which were sacks, and an interception he snagged at the line of scrimmage before nearly tacking it all the way in for a touchdown.

In his first NFL season after three with Ohio State, Nick Bosa has 20 tackles, 11 TFL, seven sacks, a pass deflection, a forced fumble, a fumble recovery and the aforementioned interception. He also won the NFL Rookie of the Week award for the three sack performance against the Carolina Panthers.