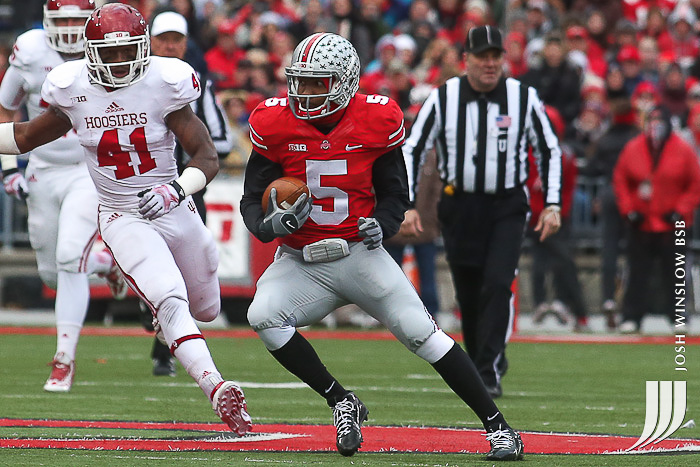 Miller played with the Buckeyes as their starting quarterback from 2011-14, but then a torn labrum in his throwing shoulder cost him the entire 2014 season, allowing J.T. Barrett, and then Cardale Jones, to step up in his place, eventually leading Ohio State to a national championship.

From there, Miller switched to the H-back position, where he found some modest success, finishing the 2015 season with 43 rushes for 261 yards, and 25 catches for 360 yards, with four total touchdowns.

What wasn’t modest was Miller’s highlight play in Week 1 against Virginia Tech, where he famously spun around a pair of Hokies defenders on his way to a 53-yard score.

We could watch this incredible Braxton Miller spin move all night! #SCtop10 https://t.co/ok9bb2ONNv

Miller went to the NFL Draft the following season, and was selected in the third round, No. 85 overall by the Houston Texans.

While at Houston, Miller had 34 receptions for 261 yards and two touchdowns in 21 games.

The Browns also previously had wide receiver Terrelle Pryor, who also played quarterback at Ohio State during his collegiate career before switching to a wideout at the professional level.