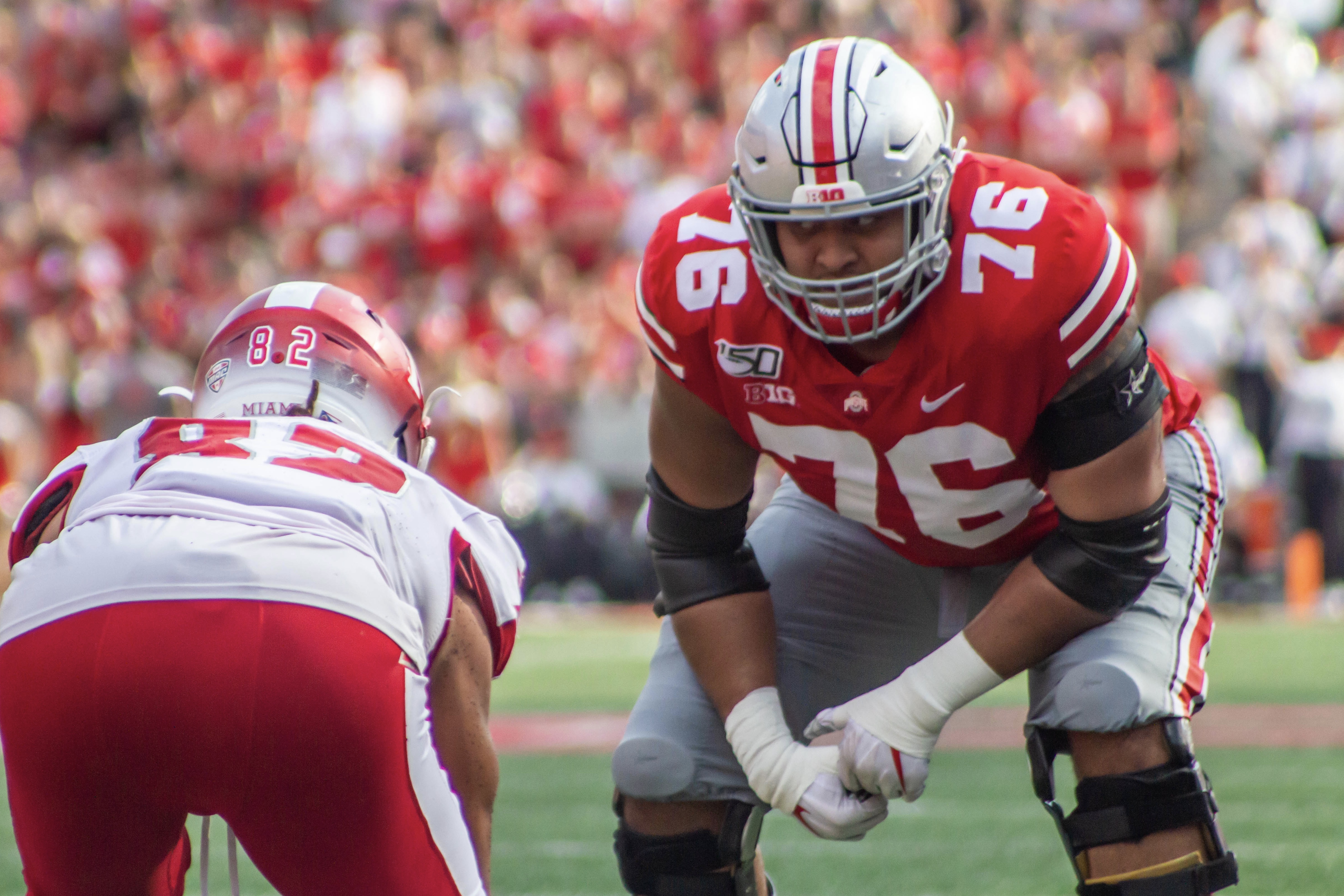 Although he did not hear his name called during the 2020 NFL Draft, former Ohio State offensive lineman Branden Bowen has signed an undrafted free agent deal with the Carolina Panthers.

A three-star prospect from Draper (Utah) Corner Canyon, Bowen played in 32 games (19 starts) over his five-year career with the Buckeyes. He was named the starting right guard coming out of fall camp in 2017, but suffered a horrific leg injury in the sixth game of the season that forced him miss the rest of the year, as well as the 2018 season, as he underwent a significant rehabilitation that included multiple surgeries.

Full healthy last fall, though, Bowen showed his versatility by moving to right tackle, where he started 13 games along an offensive line that was a finalist for the Joe Moore Award. He earned second-team All-Big Ten honors and helped lead Ohio State to its third straight Big Ten title and a berth in the College Football Playoff.

Bowen unfortunately didn’t receive an invitation for the NFL Combine, which was an early indication of his draft stock. But going undrafted doesn’t mean he won’t be able to find a role with Carolina, as former Buckeyes offensive guard Andrew Norwell was notably not taken during the 2014 draft but has since started 65 games with the Panthers and Jacksonville Jaguars and was once the highest-paid guard in the league.