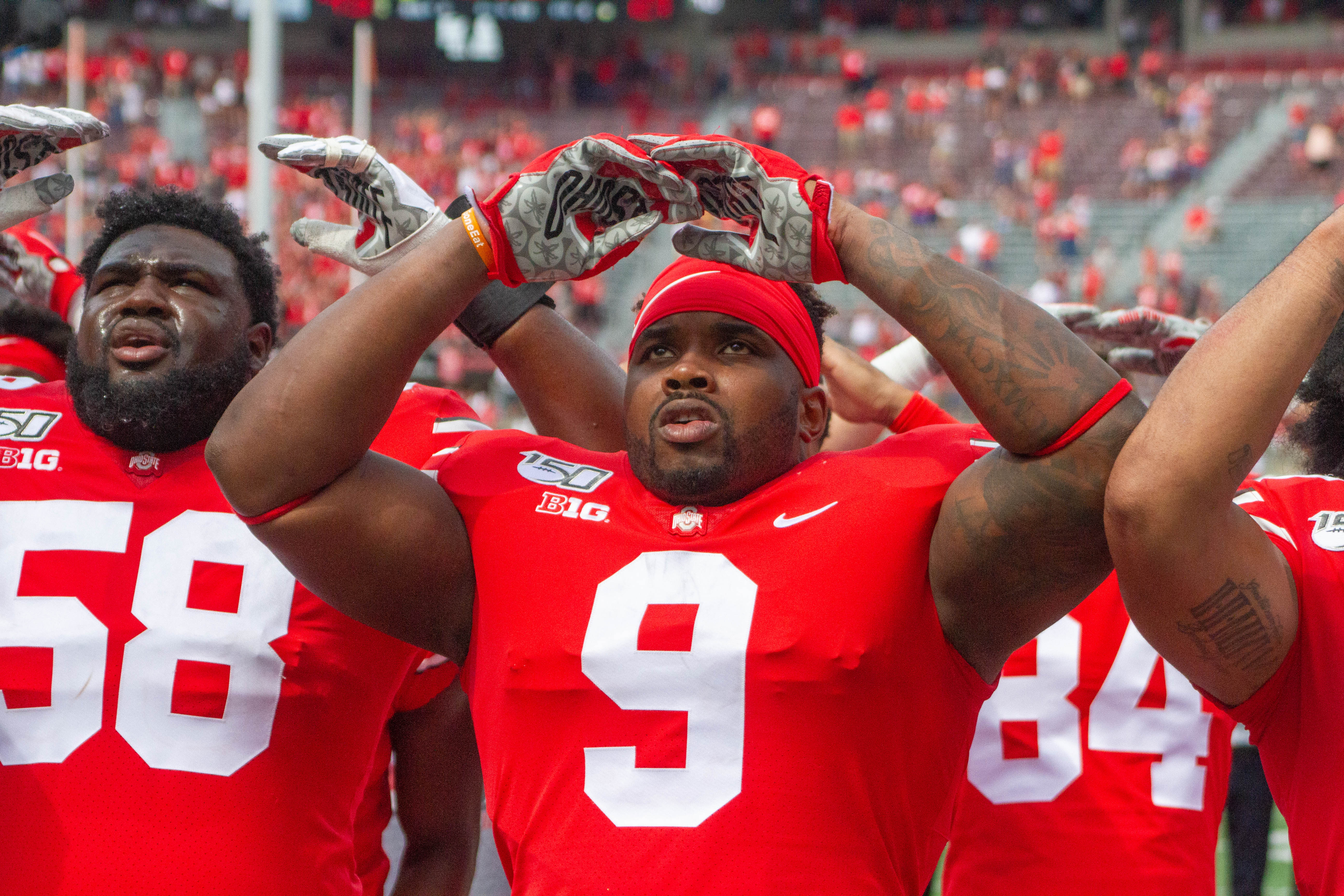 Former Ohio State defensive tackle Jashon Cornell was selected by the Detroit Lions with the No. 235 pick (seventh round) of the 2020 NFL Draft.

Cornell joins Chase Young and DaVon Hamilton as members of the 2019 Ohio State defensive line to have made their way onto an NFL roster.

The defensive tackle/end hybrid from Minneapolis also reunites with former Ohio State cornerback Jeff Okudah and interior offensive lineman Jonah Jackson, who were selected by Detroit in the first and third rounds, respectively, as well as former Buckeye offensive tackle Taylor Decker, who is already a Lion.

In his final year with the Buckeyes, Cornell tallied 30 tackles (16 solo), good for ninth best on the team. He also had 6 1/2 tackles for loss, four sacks and a forced fumble that came in the season opener against Florida Atlantic.

For the entirety of his Ohio State career, Cornell finished with 63 tackles (35 solo), 13 1/2 tackles for loss, seven sacks, two forced fumbles and a pair of fumble recoveries throughout 45 games played.

Cornell came to Ohio State as a four-star commit out of Saint Paul (Minn.) Cretin Derham Hall. He was the seventh-best strong-side defensive end, the No. 95 recruit overall and the highest-rated prospect in the state of Minnesota in the 2015 class.