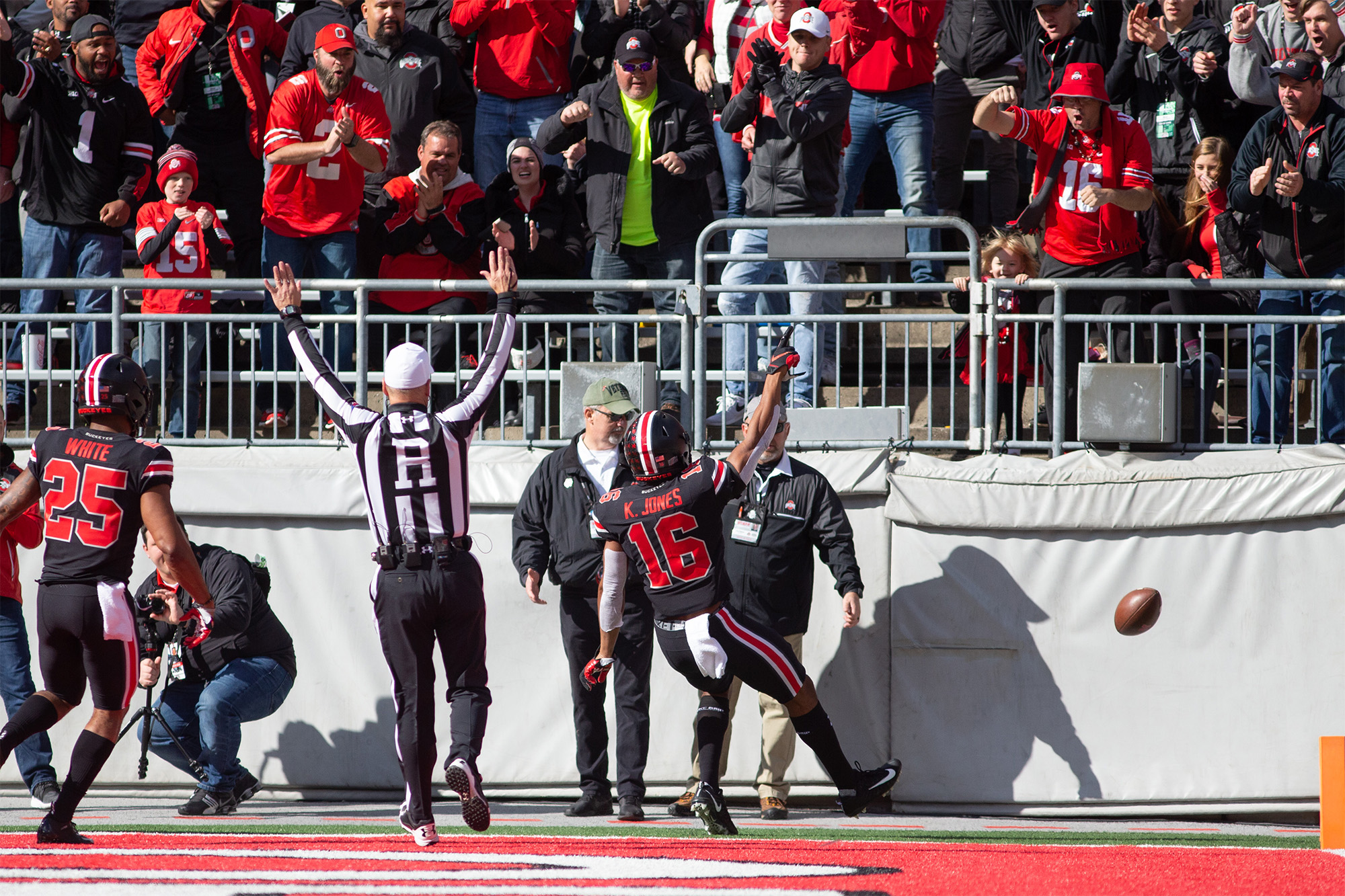 Keandre Jones, a former Ohio State linebacker, who transferred to Maryland ahead of his senior season, signed with the Chicago Bears following the 2020 NFL Draft.

A natural leader, Jones became a captain at Maryland in his first season, and lived up to the expectations on the field. He earned honorable mention All-Big Ten, thriving as a pass rusher and totaling 74 tackles (49 solo), including 15 tackles for loss and seven sacks, with three forced fumbles, one fumble recovery and three pass breakups.

Jones came to Columbus via Olney (Md.) Good Counsel as the nation’s No. 9 linebacker and the No. 98 overall recruit, and primarily played on special teams for three seasons before heading home to join the Terrapins.

As a junior for the 13-1 Rose Bowl champion Buckeyes, Jones recorded 10 tackles (seven solo), including one TFL, which was a sack for a 10-yard loss.

Perhaps what was the highlight of Jones’ Buckeye career was his blocked punt resulting in a safety against Nebraska with Ohio State trailing 7-0 on Nov. 3, 2018. Sparked by Jones’ punt block, the Scarlet and Gray went on to win 36-31.

Keandre Jones comes up huge for Ohio State and blocks Caleb Lightbourn's punt on 4th-and-10 from Nebraska's 22. The loose ball rolls through the back left corner of the end zone for the Buckeyes' safety, cutting the Cornhuskers' lead to 7-2 before getting possession back. pic.twitter.com/Nj7ru2pKsJ

As a true freshman, Jones had four tackles (one solo) across six games in 2016.