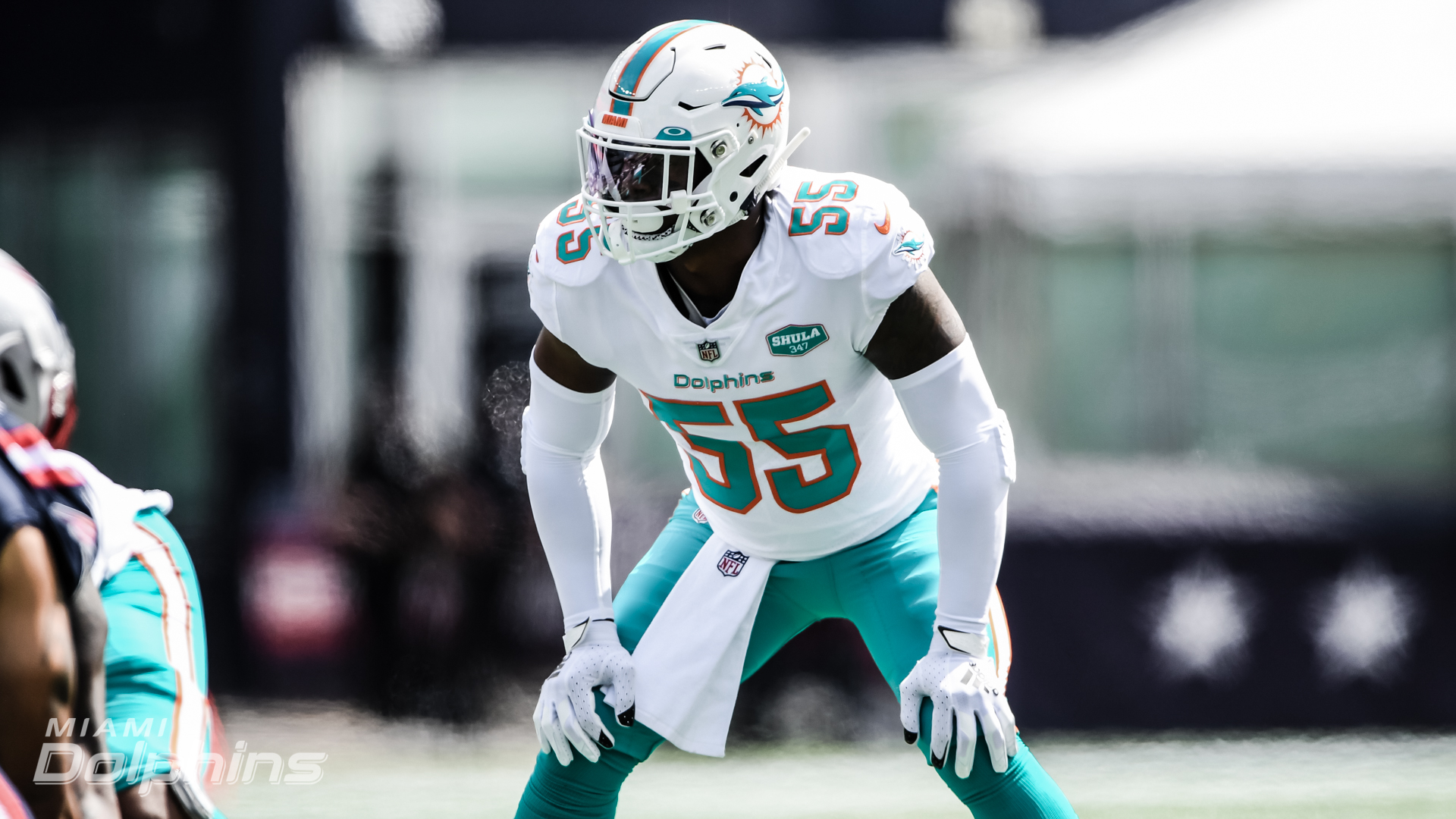 Former Ohio State linebacker Jerome Baker is getting paid. The fourth-year linebacker is signing a three-year, $39 million extension with the Miami Dolphins, according to a report on June 13 from ESPN’s Adam Schefter.

This comes shortly after Baker told reporters that he wasn’t concerned about contract talks at this point, and that he would like to be a lifer in Miami if possible.

“I want to play here for the rest of my career. I love it here,” Baker told reporters June 11. “I love the fans. I love the organization. I love everybody here. Yeah, I definitely see myself playing here for a long time.”

Baker is coming off one of his best years as a pro. In 11 games as a starter, he racked up 112 combined tackles and seven sacks, the latter of which is a career high for the former Buckeye. He’s been impressing head coach Brian Flores with his fit in Miami’s defense, too.

“Jerome has made a lot of improvements and has gotten better in really all areas,” Flores said. “I think he’s tough, he’s smart, he’s competitive, he loves to play, he’s team-first. He’s really gotten better in every area – pass coverage, run defense, really across the board. He’s a very good player. We’re excited about working with him and he’s a team guy. I think that’s the thing I liked most about him is he’s a team player. He wants to win and we’re excited to have him.”

The Cleveland Benedictine product is looking to improve against the run this season after his career year in rushing the passer last year.

“For me, it’s really locking in the run game,” he said. “I definitely know all the chatter of all of that, but I definitely look at myself in the mirror. I know what I need to do to get better and for me, it’s locking in on the run game and being one of those linebackers that secures the inside, not just in the passing game, but in the run game. That’s just my own personal goal, but ultimately what I want for this defense is to be one of the best in the league, and we definitely have the coaches, we definitely have the organization behind us and ultimately we’ve got to go out there as a defense and prove it every year, every game.”

Baker suited up for Ohio State from 2015-17, starting as a sophomore and a junior. He finished his Ohio State career with 159 tackles, seven sacks, and two interceptions.