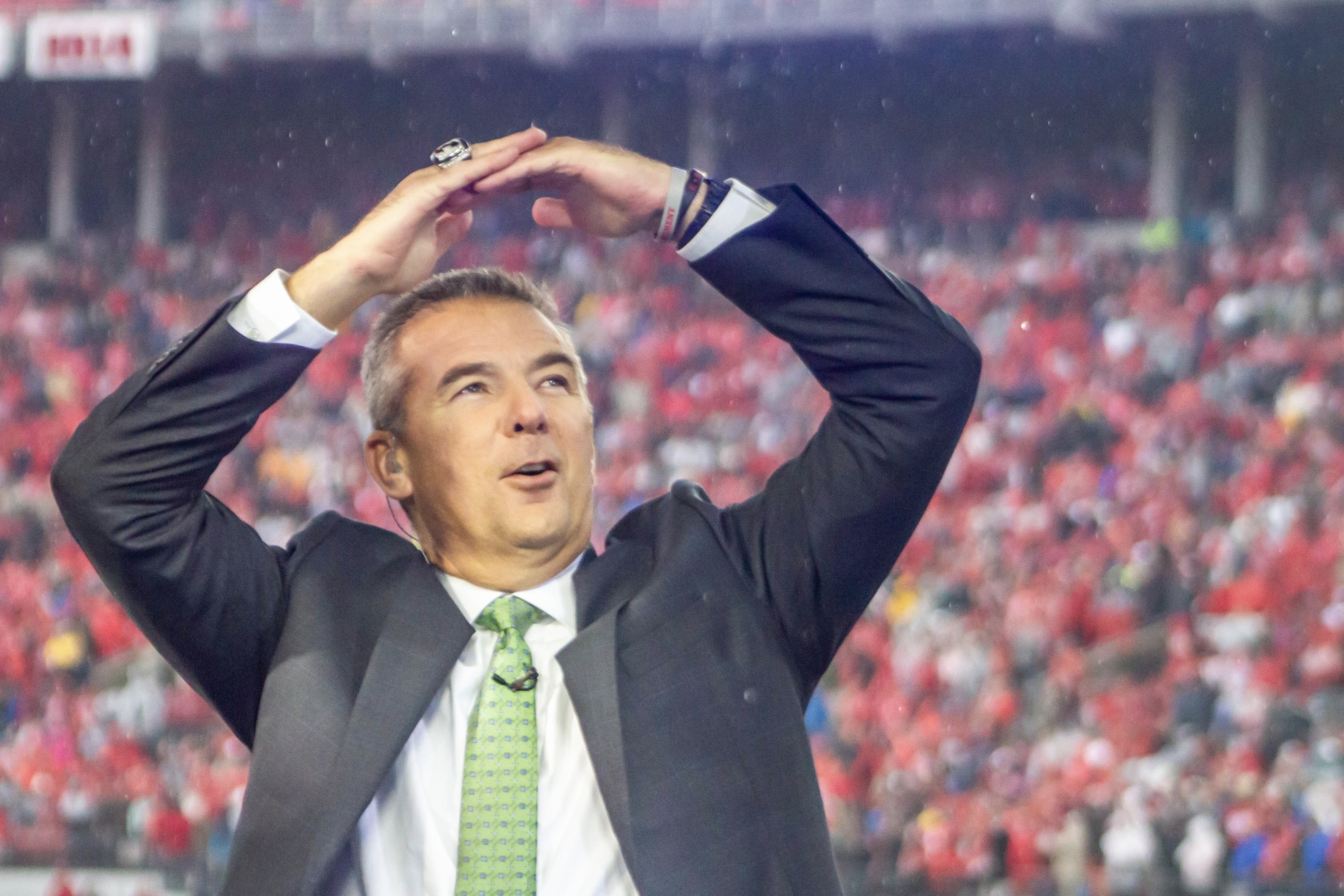 After multiple selections of Ohio State players found their ways on to Big Ten Network’s All-Decade teams, it is only fair that the head coach for the majority of the decade gets the same credit.

Urban Meyer, head coach of the Buckeyes from 2012-18, was named Big Ten’s Coach of the Decade.

🚨 Get in here, everyone! 🚨@OhioStateFB champ @CoachUrbanMeyer is the #BTNAllDecade Coach of the 2010s.

Meyer finished with 83 wins in 92 games as Ohio State’s head coach, three of which came in the form of Big Ten championships and another two coming on a run to a national title in the 2014 season.

The retired head coach, who previously had stints at Bowling Green, Utah and Florida, ended his tenure with a 54-4 record in the Big Ten, and his .901 overall winning percentage is second in program history to only current head coach Ryan Day, who boasts a .941 winning percentage (16-1).

Meyer also ended with a flawless 7-0 record against Michigan and helped lead Ohio State to two appearances in the College Football Playoff.

The Toledo, Ohio native ultimately decided to retire following Ohio State’s Jan. 1, 2019 win over Washington, and is now an assistant athletic director with the program.