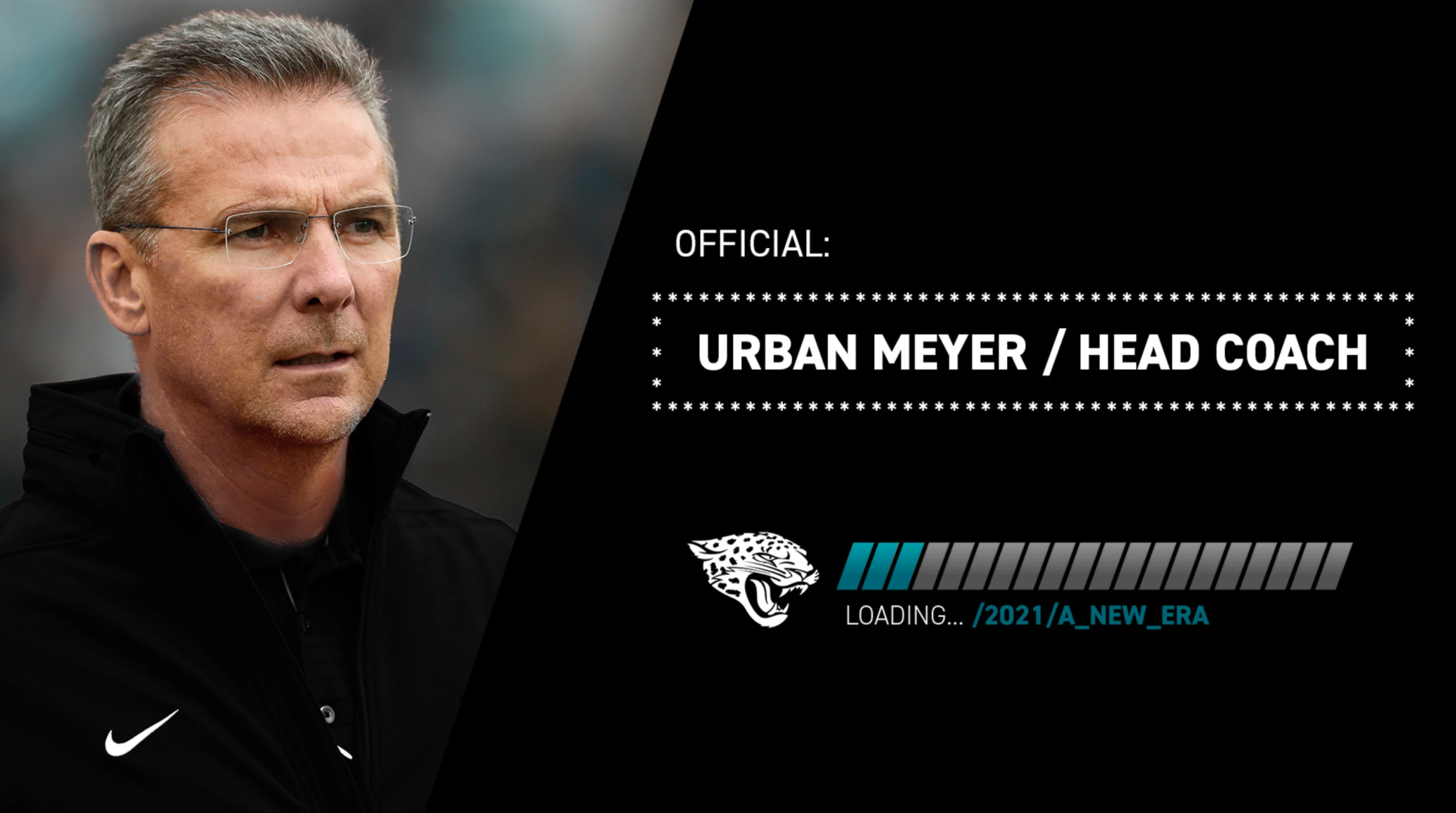 Former Ohio State head coach Urban Meyer appears to be back after retiring a little more than two years ago, returning to the coaching game as the new head coach of the Jacksonville Jaguars, the team announced Thursday.

“This is a great day for Jacksonville and Jaguars fans everywhere,” Jaguars owner Shad Khan said in a statement. “Urban Meyer is who we want and need, a leader, winner and champion who demands excellence and produces results. While Urban already enjoys a legacy in the game of football that few will ever match, his passion for the opportunity in front of him here in Jacksonville is powerful and unmistakable.

“I am proud to name Urban Meyer the new head coach of the Jacksonville Jaguars.”

Meyer left the Buckeyes with an 83-9 record, the highest win percentage (.902) in program history besides current head coach Ryan Day (.920). He won three Big Ten championships and a national championship with the 2014 team.

Overall, Meyer is moving to the NFL for the first time with three national titles, two of which were at Florida, and a 187-32 record at the collegiate level.

Meyer, who was an assistant athletic director at Ohio State, now takes on a Jaguars program that finished with a 1-15 record in 2020, the worst in the league. That also means that Jacksonville has the No. 1 overall pick in the 2021 NFL Draft, which is highly believed to eventually be Clemson quarterback Trevor Lawrence.

This is the second time Meyer, who is 56, has gone back on his word to retire from coaching. The other time was after he departed from Florida, when he decided to become head coach at Ohio State in less than a year after announcing his retirement.