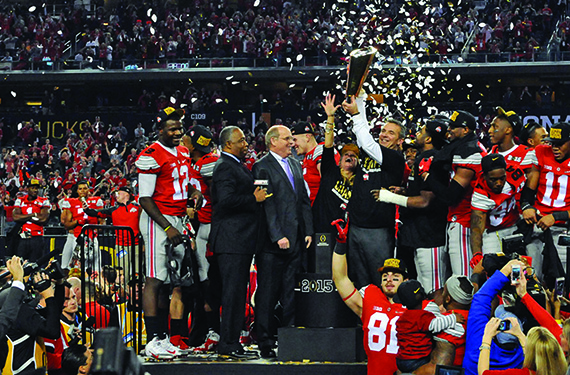 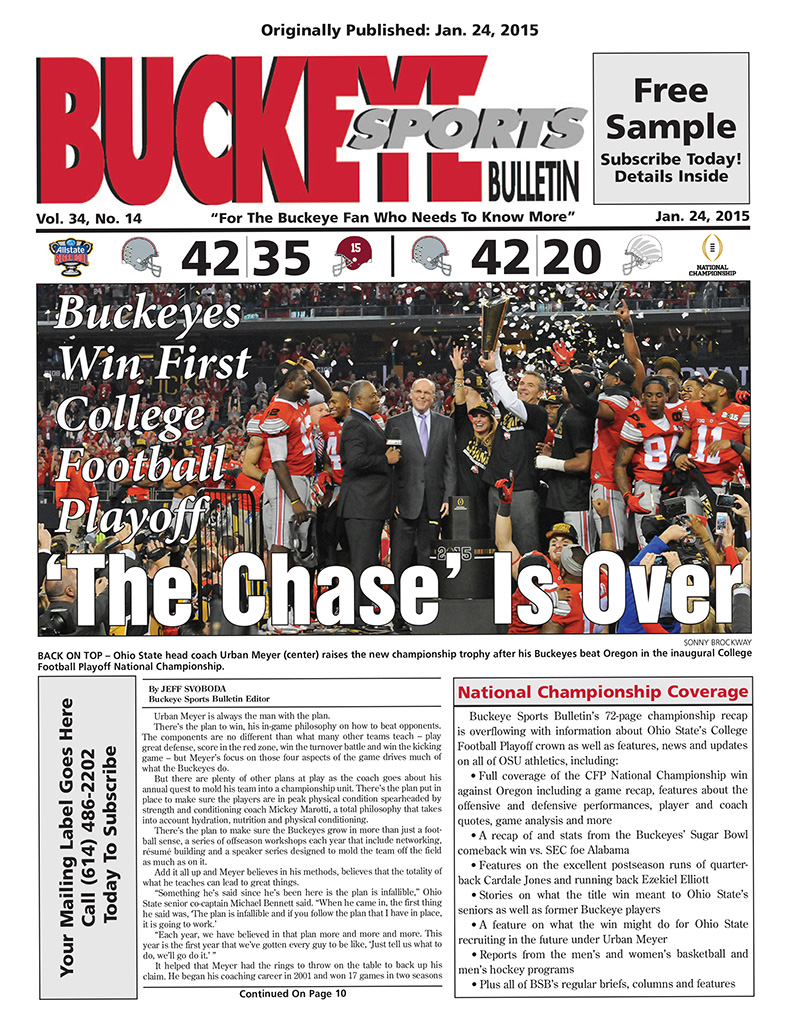 Following Ohio State’s victory over Clemson and subsequent loss to Alabama in the College Football Playoff national championship, we took a look back through the BSB archives to the last time the Buckeyes played in the final game – a 42-20 victory over Oregon.

Cardale Jones began the 2014 season as the third-string quarterback but finished it as the starter on a historic national title team, following a preseason injury to Braxton Miller and a season-ending injury to backup J.T. Barrett against Michigan.

Jones and tailback Ezekiel Elliott led the Buckeyes on an incredible postseason run sparked by a 59-0 trouncing of Wisconsin, which was followed by an upset of Alabama in a semifinal game of the inaugural College Football Playoff, and then the championship victory over the Ducks.

This installment of BSB Reprints features our in-depth coverage of both the big wins over Alabama and Oregon, including analyses, quotes from players and coaches, media reactions, statistics, columns and more.