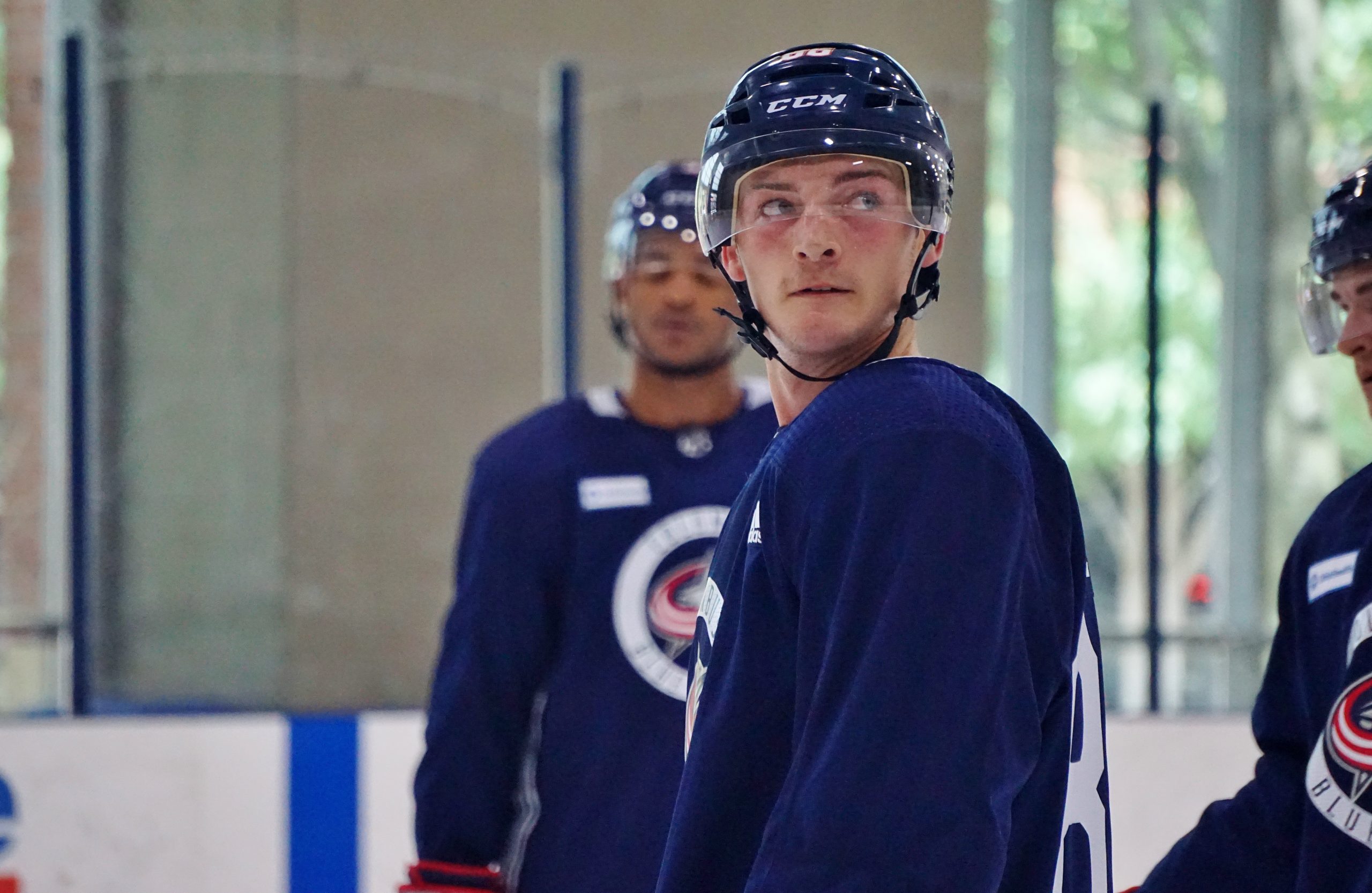 Meyer is from Powell, Ohio, just a 20-minute drive from Nationwide Arena, and has been a Blue Jackets fan his entire life.

“(I’m) still processing, but very excited,” Meyer said Monday before his debut. “I’ve obviously dreamt of this my entire life, and not only do I have the opportunity to play in the NHL, but also for my hometown team that I grew up watching.”

In college, he played two seasons at Miami (Ohio) before transferring to Ohio State for his final two seasons. With the Buckeyes, he played in 71 games, scoring 26 goals and assisting on 17 others. He tied for third in points on the team in 2018 and was second in 2019, but led Ohio State in goals that season with 17, with nine coming on the power play.

He’s spent the last two seasons with the Blue Jackets’ affiliate Cleveland Monsters, appearing in 82 games and scoring 25 goals while assisting on 22 others.

The Blue Jackets will host the Boston Bruins at Nationwide Arena at 7 p.m.