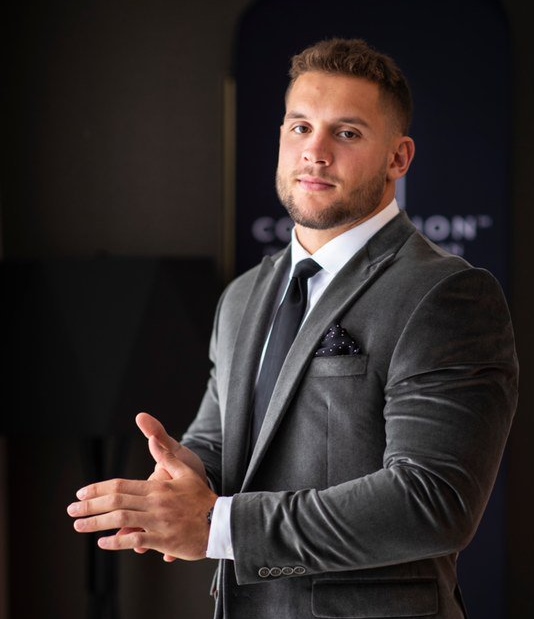 Some of Bosa’s San Francisco teammates were asked if the rookie phenom had surprised them with his ability.

“Surprise me? Not really,” defensive lineman Arik Armstead told ESPN. “When he came in, I had the opportunity to meet him and see his work ethic and how talented he was in college; that’s the makings of a great player when you have that talent and put in the work. So nothing he’s been doing has really been surprising.

“Well, the game he had three sacks and a pick, that was pretty crazy.”

Bosa ranked fifth in the NFL with 16 TFL, and helped lead one of the league’s best defenses. The No. 2 overall pick in the 2019 NFL Draft has impressed his coaches as well.

“He’s come in and the guy understands how to rush the passer,” 49ers defensive coordinator Robert Saleh said. “He’s got great footwork, his strength, his lower half is probably one of the strongest in the league, not just out of rookies. His hand-eye coordination, especially when he’s in close quarters, is some of the best I’ve ever seen. He’s already beyond his years, and he’s only going to get better. That’s probably the biggest thing that sets him apart.”

Bosa has emphasized the importance of taking care of his body and staying healthy, spending time in the hydrotherapy pool in the morning, receiving treatment from the performance staff later peppered with additional weightlifting.

Following games, Bosa is consistently the last player to his locker after cooling down and answering questions from the media. His routine seems to be working, and Bosa, who became the second Buckeye in four seasons to to win the NFL Rookie of the Year award (Ezekiel Elliott), is sticking to it.

“It’s just kind of who I am,” Bosa said. “Whenever I know something is good for me, I’m going to take full advantage of it. From high school on, maybe I had coaches telling me to do the wrong thing, but I thought it was the right thing. I would abuse it, thinking it’s helping me. Whenever I find something that I know helps me, I’m going to use it.”

Bosa helped lead the 49ers over the Vikings in the NFC divisional round, making six solo stops with two sacks and one pass deflection in a 27-10 victory. San Francisco will take on the Packers in the NFC Championship Game at 6:40 p.m. on Jan. 19 on Fox, where Bosa will get after Aaron Rodgers for a chance to play in the Super Bowl.