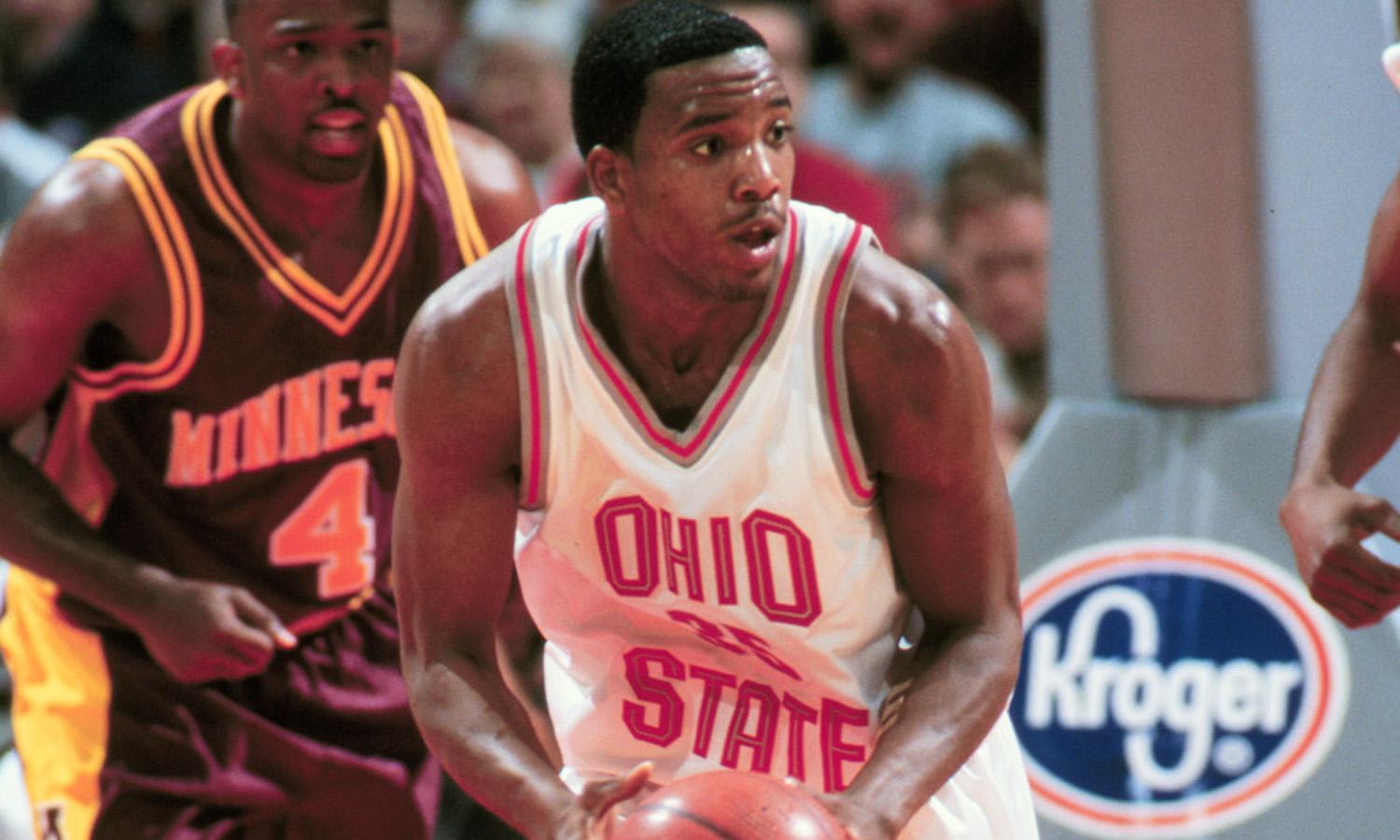 The 1998-99 Buckeyes deserve credit for making it to the Final Four, but they also will always have an asterisk attached to their accomplishments because of recruiting violations committed by Jim O’Brien and his staff.

The stars of the 1999 Final Four team were sophomore Michael Redd, who later became an NBA All-Star, and junior Scoonie Penn, who had transferred from Boston College and sat out the prior season.

“Redd carried the team his first year because there wasn’t anybody any good on the team besides him. And at the same time, fans were hearing, ‘Hey, they got this guy that’s playing for the reserves in practice, and they beat the first-string all the time, this Scoonie Penn is really a revelation.’ That’s the first time I heard about him at Ohio State, hearing stories about what he was doing in practice.

“And so, they had two main guys that blended together very well. I mean, it wasn’t like Scoonie wanted to be the star or Michael want to be the star – they both wanted to be great – but they want the team to be great, and they work together well to do that. And to have a really good team, you need to have star talent, but you need to have a bunch of grinders as far as their mentalities. And when you’ve got that, then you got something special.”

“Of all the teams we’ve talked about so far, that might be the gutsiest team, I mean, just gutsy,” White said. “If you stacked them up talent-wise, I’m not sure that team is more talented than the teams we just talked about. Certainly, Michael Redd was a great player, and certainly Scoonie Penn was a great player. But when you start looking at the guys behind those guys, there’s not a lot of Ohio State legends in there – they’re good players but not great players.

Third in line was Jason Singleton, who averaged 8.9 points and 4.6 boards per contest on 63.5-percent shooting, but he was more known for his lockdown defense. Ken Johnson provided rim protection with 2.8 blocks per game to go with 6.4 points and a team-high 5.7 rebounds per game.

“The key player to that team who’s often left out was a guy named Jason Singleton who was primarily a glue-guy, a defensive forward. They got a real break in the NCAA Tournament in the regionals, when they played two teams, whose star player was a forward, and Singleton could play against their star player and be even more valuable because of the need for stopping a star player. And both times they did it, and so they won both games and went on to the Final Four. For St John’s, it was Ron Artest, and for Auburn, it was Chris Porter. And Singleton is probably one of the top defensive players in Ohio State history – he just shut them down. And that was the reason they were able to advance.”

White also credited Singleton, along with his fellow role players, for helping build a strong supporting cast for Redd and Penn. George Reese averaged 5.5 points and 4.3 boards per game, while Jon Sanderson provided 5.4 points and 3.4 rebounds per contest.

Boban Savovic, who is forever associated with the violations regarding his recruitment, added 3.5 points per game, while Neshaun Coleman and Brian Brown averaged 4.6 and 4.1 points per night, respectively.

“Guys like Jason Singleton, who was an undersized guy who came in there and just did his job and did it well against a lot of odds, because he was undersized all over the place,” White said. “And George Reese, another undersized guy who had 15 rebounds against Detroit (in 17 minutes), that’s pretty good. And I know all the recruiting stuff, but Boban Savovic was making threes – that team just came together at that moment in time.

“They didn’t have the talent the other teams that we’ve talked about had, but what they had was they had timing and they had guts. And all that came together to form a team that has to be talked about as one of the best in Ohio State basketball history.”