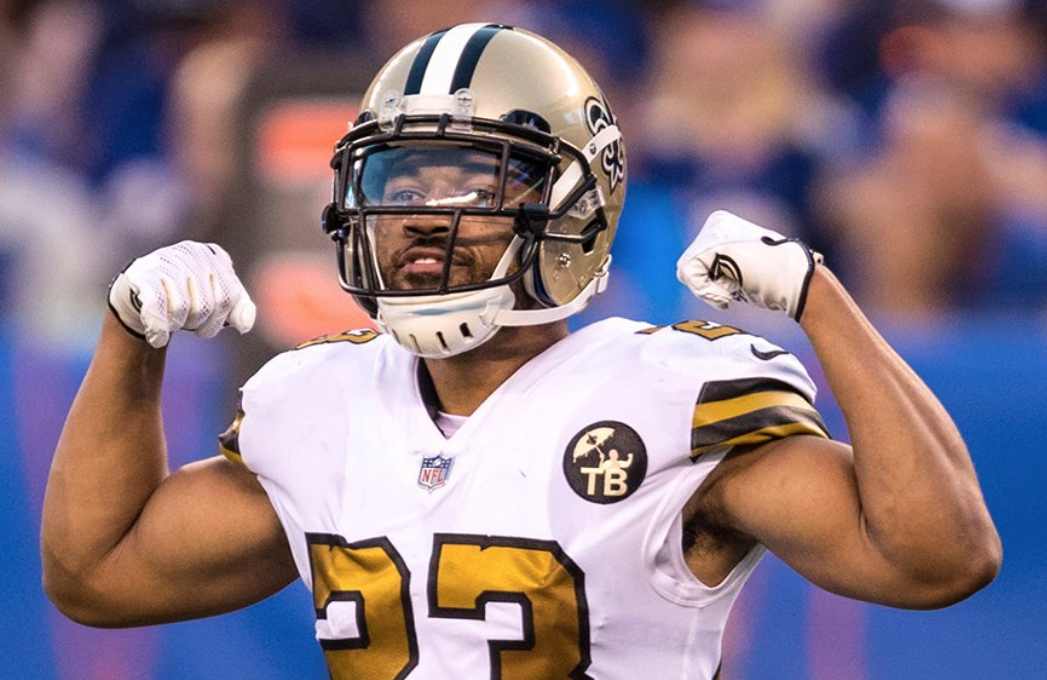 According to a report by Cleveland.com, former Ohio State and current New Orleans Saints cornerback Marshon Lattimore was arrested Thursday night in Cleveland “on suspicion of receiving stolen property.”

The report states that Lattimore, who is originally from Cleveland, was booked into the Cuyahoga County Jail on said charges, but that he has not been formally charged. He was arrested around 10:30 p.m. Thursday.

Lattimore has shined in his four seasons in the NFL, becoming a three-time Pro Bowler on the Saints, tallying 230 total tackles (190 solo), 55 passes defended and 10 interceptions across 57 games played.

He was selected by New Orleans in the first round, No. 11 overall of the 2017 NFL Draft. At Ohio State, he was a first-team All-Big Ten corner in the 2016 season, his only full season with the Buckeyes after dealing with hamstring injuries and playing only seven games in 2015.