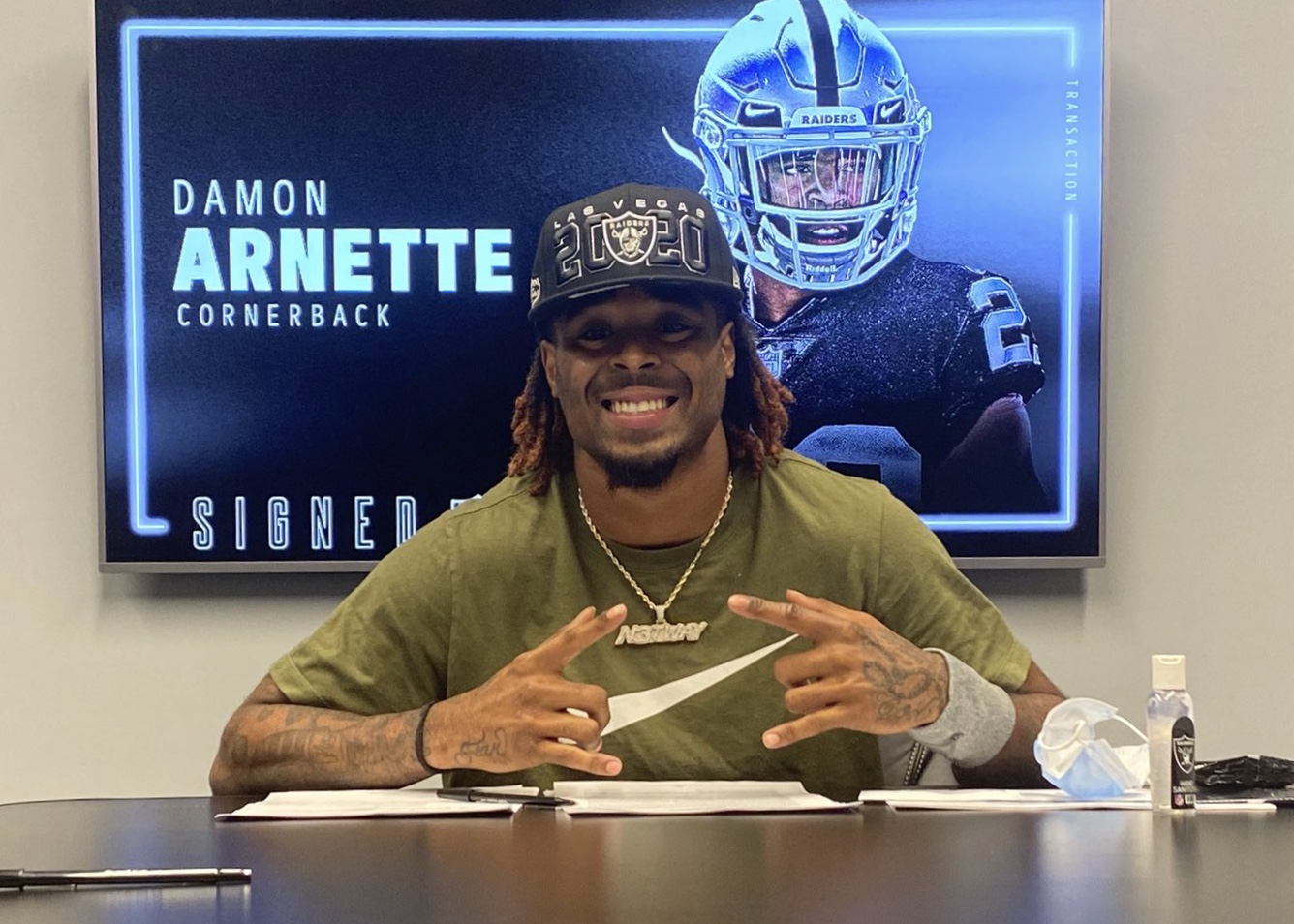 The Las Vegas Raiders officially announced on Saturday afternoon the signing of former Ohio State cornerback Damon Arnette. The four-year deal, according to NFL Network’s Ian Rapoport, is worth $13.4 million, with a $7.3 million signing bonus, and includes a team option for a fifth year.

We have signed CB Damon Arnette.

The 6-0, 195-pound Arnette was selected by the Raiders with No. 19 overall pick in April’s NFL Draft. He was one of three former Buckeyes — four if you include Cincinnati Bengals quarterback Joe Burrow — taken one the first round, joining defensive end Chase Young (No. 2 overall to the Washington Football Team) and Jeff Okudah (No. 3 overall to the Detroit Lions).

After an up-and-down start to his career that included time in former head coach Urban Meyer’s doghouse, when he was notably forced to wear No. 46 during the 2018 spring game, Arnette put forth his best season as a senior. He recorded 35 tackles, eight pass breakups, one forced fumble and one interception – which he returned 96 yards for a touchdown in the Buckeyes’ Sept. 14 win at Indiana – despite wearing a cast on his right hand, protecting a broken wrist he had suffered when he tried to knock the ball out of running back J.K. Dobbins’ hand in preseason camp.

Arnette is one of a nation-leading eight Ohio State defensive backs selected in the first round of the last seven NFL drafts, joining Bradley Roby in 2014; Eli Apple in 2016; Marshon Lattimore, Malik Hooker and Gareon Conley in 2017; Denzel Ward in 2019; and Okudah this year, as mentioned. Most prognosticators though that was a bit of a reach, seeing as they had Arnette coming off the board in the late second or early third round, but the Raiders — who had two first rounders and a significant need in the secondary — believe he’ll be the perfect fit in their system.

“The reason he’s not a reach is because of his grade in our system,” Las Vegas general manager Mike Mayock said in a conference call with reporters after the first night of the draft. “Did I think we could have moved down and still got him? Maybe. But we didn’t want to lose him.

“What distinguishes him (from the other cornerbacks still available at that point) is No. 1, he can run, and No. 2, he’s tough as nails. When you talk about competitors, he played most of the season with a cast on his arm. He can play inside, he can play outside, he can play on the left and he can play on the right. We feel like this is one of the most competi- tive players in the entire draft, so we don’t feel at all like it was a reach.”