Former Ohio State Cornerback Damon Arnette Selected By The Las Vegas Raiders With The No. 19 Pick In the 2020 NFL Draft 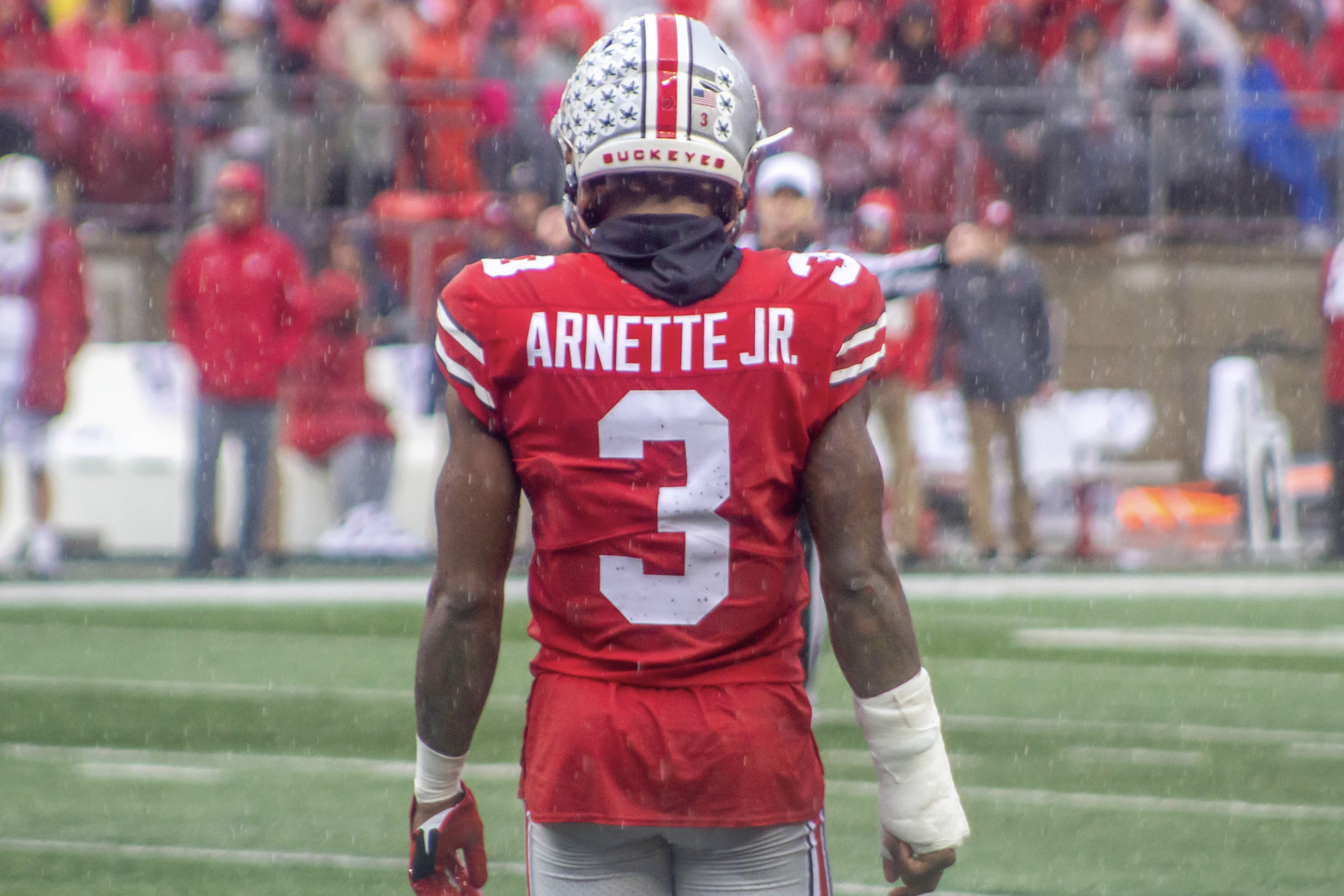 Damon Arnette‘s decision to listen to his father, to his secondary coach Jeff Hafley, and to former Ohio State great Cris Carter, and to return for one more year paid off in many ways.

Further affirmation of that decision came when the Las Vegas Raiders selected him with the No. 19 overall pick, making him the third Buckeye to be selected in the 2020 NFL Draft.

With the 19th pick, we have selected CB Damon Arnette from @OhioStateFB. pic.twitter.com/FEZdZl8WR3

While Okudah garnered the most attention from scouts, Arnette had an impressive career as a three-year starter, earning All-Big Ten honors each year. After receiving honorable mention all-conference nods as a sophomore and junior, Arnette boasted his best season as a senior, earning second-team All-Big Ten.

Arnette’s improvement from his fourth season to his fifth as a Buckeye, becoming a shutdown corner under former secondary coach Jeff Hafley.

The Ft. Lauderdale, Fla., native had the lowest passer rating allowed in single coverage among every player in the 2020 draft class, per Pro Football Focus.

Starting opposite Denzel Ward in 2017 and Kendall Sheffield in 2018, Arnette intercepted four passes and broke up 14 passes.

As a senior for the 13-1 Buckeyes, Arnette recorded eight pass breakups and one interception, which he returned for a 96-yard touchdown against Indiana to put the exclamation point on a 51-10 victory.

It's a touchdown pass from Peyton Ramsey, only to the wrong team. Damon Arnette from 96 yards out, Buckeyes lead 51-10. pic.twitter.com/5vLlSViWE3

Perhaps the most impressive part of Arnette’s standout senior season was that he did it while wearing a cast over a broken wrist, which required surgery ahead of the Rutgers game, remarkably his only absence.

He played both outside corner and nickel back at Ohio State, showing the ability to guard different receivers. Arnette never shied away from contact, often delivering big hits and always letting the offensive player hear about it.

The fiery corner came to Ohio State as a four-star prospect who helped lead Aquinas to the Florida 7A state championship in 2014 as a senior. Arnette showed his versatility in high school, lining up at linebacker and safety too.

At the NFL Combine in March, Arnette ran the 40-yard dash in 4.56 seconds. While he is not the fastest corner, his short-area quickness and physicality helped him have the lowest passer rating allowed in single coverage among all draftees and become one of the best corners in the country.