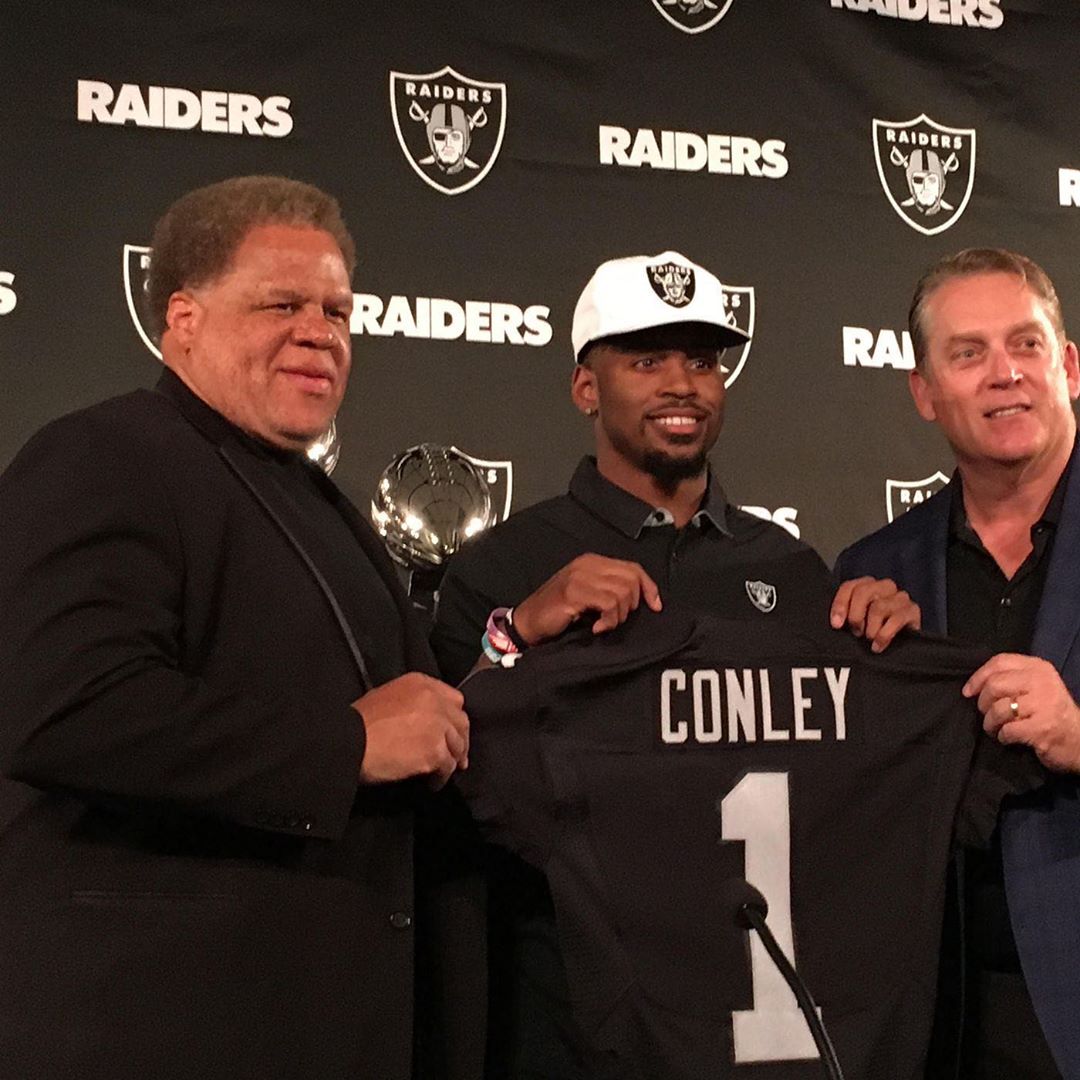 The Raiders traded former Ohio State cornerback Gareon Conley to the Texans for a 2020 third-round pick.

Conley took to Instagram to deliver a message to the organization that selected him in the first round of the 2017 NFL Draft and his Oakland teammates, whom he will face Sunday, Oct. 27 in Houston at 4:35 ET.

Conley’s an excellent cover corner with speed, ball skills and all the physical traits one finds in a top cornerback. There were some reports from inside the Raiders complex who thought he may have been at times disinterested and disengaged, wondering whether he was a perfect match for what they do defensively and the level of physicality required of Raiders cornerbacks.

Conley’s young career has been highlighted by his 2018 campaign, where he picked off three passes and returned one for a touchdown, while contributing 15 pass breakups in 15 games (14 starts) as a second-year player.

The Raiders adding two cornerbacks in the first four rounds of this year’s NFL draft despite having entrenched starters in Conley and Daryl Worley, a player the staff has raved about, suggested a move may have been made before Conley’s contract expired.

According to Pro Football Focus, Conley has allowed 18 catches on 26 targets for 266 yards and four touchdowns this season, including a 74-yard score on Sunday, Oct. 20 against the Packers.

Adding another pick gives the Raiders three in the third round next year in addition to their two in the first, with none in the second.

“It’s tough. It’s difficult,” Raiders head coach John Gruden said in his Oct. 21 press conference. “But it does give us three third-round picks next year. Five picks really in the [top 96], and that’s an area that we wanted. We wanted to continue to add to our football team. We’re excited about the possibilities next year in the draft. It is hard, it’s hard trading anybody. We have some young guys that we want to have an opportunity and that’s the decision we made.”

Conley will get an opportunity to prove the Raiders wrong when he faces off against them this week. That’s a risk the team was willing to take, accepting the best offer.

Gruden indicated the organization may not be done making moves. The NFL’s trade deadline is on Oct. 29.

“We’re going to try. We’re going to do what we feel like we can to improve,” Gruden said. “Obviously, there’s a lot that goes into making trades. We’re excited about having three third-round picks, two first-round picks in next year’s draft.”