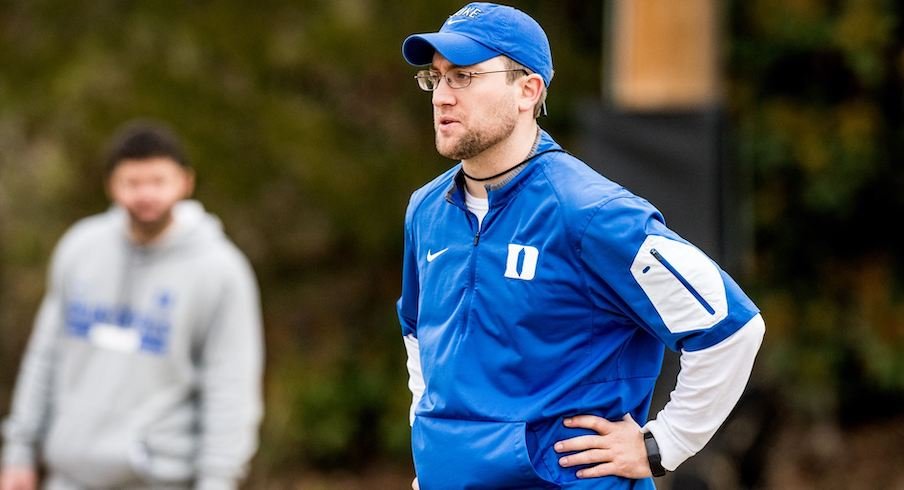 Former Duke linebackers coach Sam McGrath announced Friday that he will join Ohio State’s defensive staff under coordinator Jim Knowles, whom he previously worked under as a graduate assistant.

McGrath’s new role with the Buckeyes remains unspecified. However, he is listed in Ohio State’s directory as a football program assistant, though he will not be full-time. He previously assisted Knowles from 2015-17 when he was the defensive coordinator at Duke. After Knowles left for Oklahoma State, McGrath was promoted to defensive quality control coach and spent three years in that role before earning a promotion to linebackers coach in 2021.

“Sam McGrath epitomizes everything a young man in the coaching profession should be,” former Duke coach David Cutcliffe said after McGrath’s promotion. “He’s worked extremely hard, soaked up knowledge from a variety of mentors and displayed a unique ability to remain patient while pursuing his goals, and I couldn’t be prouder of Sam in earning this opportunity. His attributes, both on and off the field, coupled with his experience with our linebackers when Jim Knowles was with us, made this the right choice at the right time.”

McGrath previously worked at Fairleigh Dickinson, Stevenson and Wagner before joining Duke’s coaching staff in 2015. He graduated from Brown University in 2012.

The Longmeadow, Mass., native, becomes the third new addition to Ohio State’s support staff on the defensive side of the ball this offseason, along with senior advisor and analyst Matt Guerrieri and Koy McFarland, who came to Columbus in an unspecified role after working with Knowles at Oklahoma State. Michael Hunter was supposed to accompany McFarland, but he decided to remain with the Cowboys as an assistant defensive backs coach.

McGrath has a pre-existing connection to Columbus. His wife, Abby Johnston, is a native of Upper Arlington, Ohio, and won the silver medal in diving at the 2012 Summer Olympics and is now a doctor.