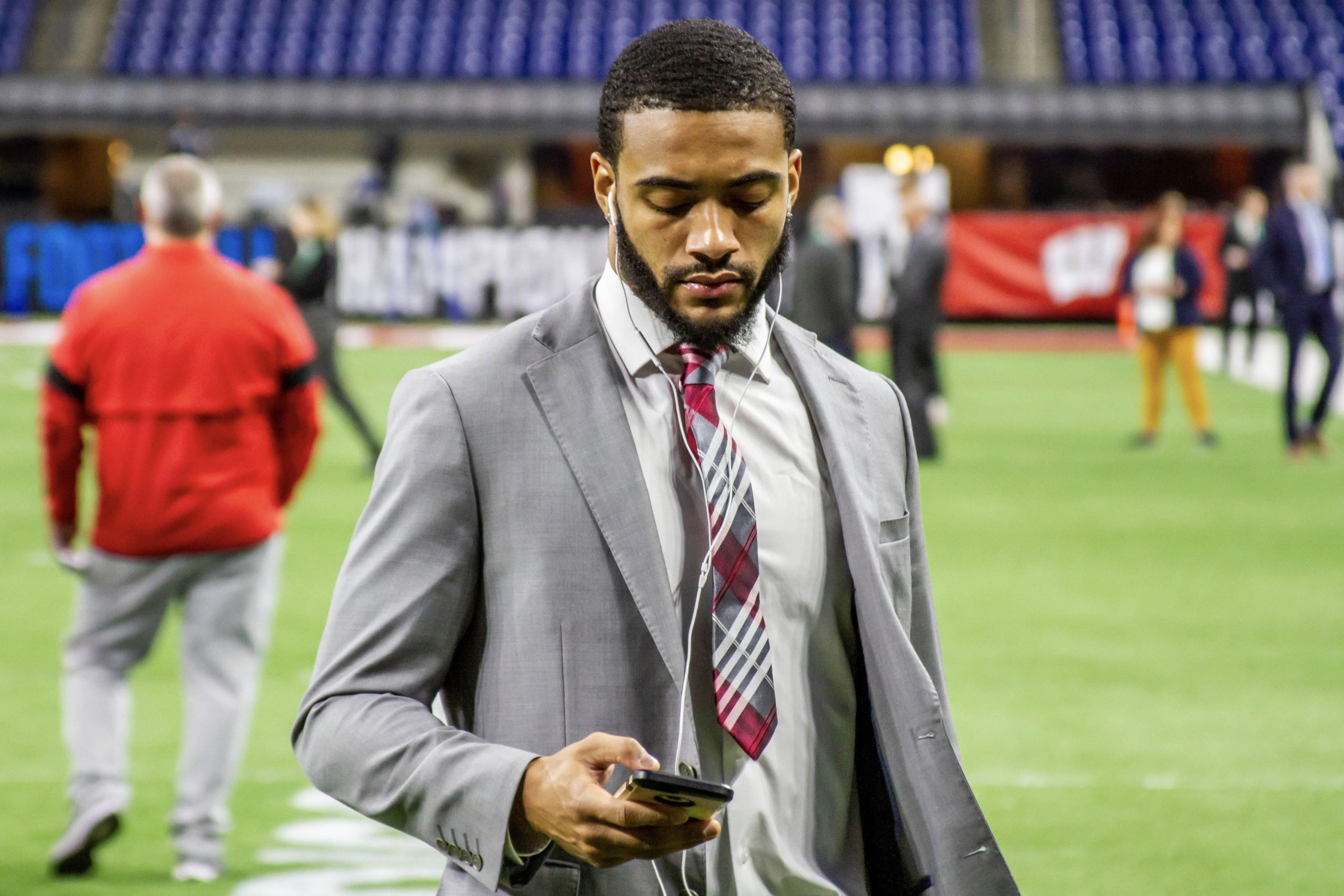 A former four-star prospect from nearby Westerville (Ohio) South, Gill was the fourth-highest rated recruit in Ohio State’s 2018 recruiting class, which finished second nationally to Georgia. He managed just seven catches for 62 yards and one touchdown in two seasons with the Buckeyes, however, and was unlikely to earn a starting spot this fall with sophomore Garrett Wilson moving to the slot.

With Gill now exploring his options, we caught up with Ohio State club football head coach and former Buckeye Sports Bulletin staff writer James Grega — who was the quarterbacks coach at Westerville South and worked directly with Gill in special packages during the 2016 season — to gauge his thoughts on his former pupil’s transfer decision.

“I thought Jaelen was going to fit right in at Ohio State,” said Grega, who led the club football team to its first national title last season. “I believe Urban Meyer’s vaunted H-Back position was going to be perfect for him, but when Ryan Day came in, the position that had seen Percy Harvin and Curtis Samuel thrive disappeared and became more of a traditional slot position. Offenses change and so does personnel. I thought he could still push for the slot receiver starting job this fall but he ultimately decided he needed a change of scenery.”

Grega’s time with Gill was cut short when the latter suffered a fractured fibula in the second game of his junior season. But in the few months they spent together, particularly in a preseason scrimmage where Gill scored three long touchdowns on just five carries, it became clear Gill was an elite talent.

“Jaelen has great vision as a runner and a phenomenal hands out of the backfield,” Grega said. “I vividly remember one of my first days of practice, Jaelen was going up against Dominique Long in practice. Dom was a year older and committed to Michigan State, where he’s currently a senior. Watching them go at it one-on-one was a treat. Jaelen’s overall athleticism was as good as I’ve seen at that level of football.

“His injury junior year was a heartbreaker for everyone at South. We had lost a close game in Week 1, and then Week 2, we were going in to score late in the second quarter to either tie or take the lead. Jaelen already had close to 100 yards of offense in the game and he broke his leg trying to score near the goal line. It was heartbreaking to see such a talented kid lose the majority of a season. It really sucked the life out of the team for the rest of the year.”

Gill was also hampered by a hamstring injury during his senior season, but returned to full strength by the time he arrived on campus ahead of the 2018 season. He was immediately expected to compete for playing time at H-Back, but as Grega noted, the unique position was phased out of the offense under Day’s direction.

“Guys like Parris Campbell and K.J. Hill, who played in that spot, weren’t getting handoffs out of the backfield like we saw with Samuel and Jalin Marshall before him. That sort of role would have been perfect for Jaelen, but when the offense changed, he became more of a true receiver and took away part of what makes him great, which is his vision and tackle-breaking ability.”

Gill — who was considered the second-best all-purpose running back and No. 30 prospect overall in his class — chose Ohio State over nearly three dozen offers, including from programs such as Arizona State, Cincinnati, Florida, LSU, Miami (Fla.), Michigan, Michigan State, Notre Dame, Oklahoma, Oklahoma State, Oregon, Penn State, Tennessee, Texas, UCLA, USC, Virginia Tech and West Virginia, among others. He actually strongly considered playing for the Bruins, but fulfilled a promise to his late grandfather by picking the Buckeyes.

So where might he end up this time around?

“Any offense that runs a model of what Urban ran with a true H-Back needs to be considered, so watch out for a team coached by someone on Urban’s coaching tree to be on Jaelen’s radar,” Grega said. “I hope he finds a great fit because he is extremely talented and can help the majority of Division-I rosters in the country.”