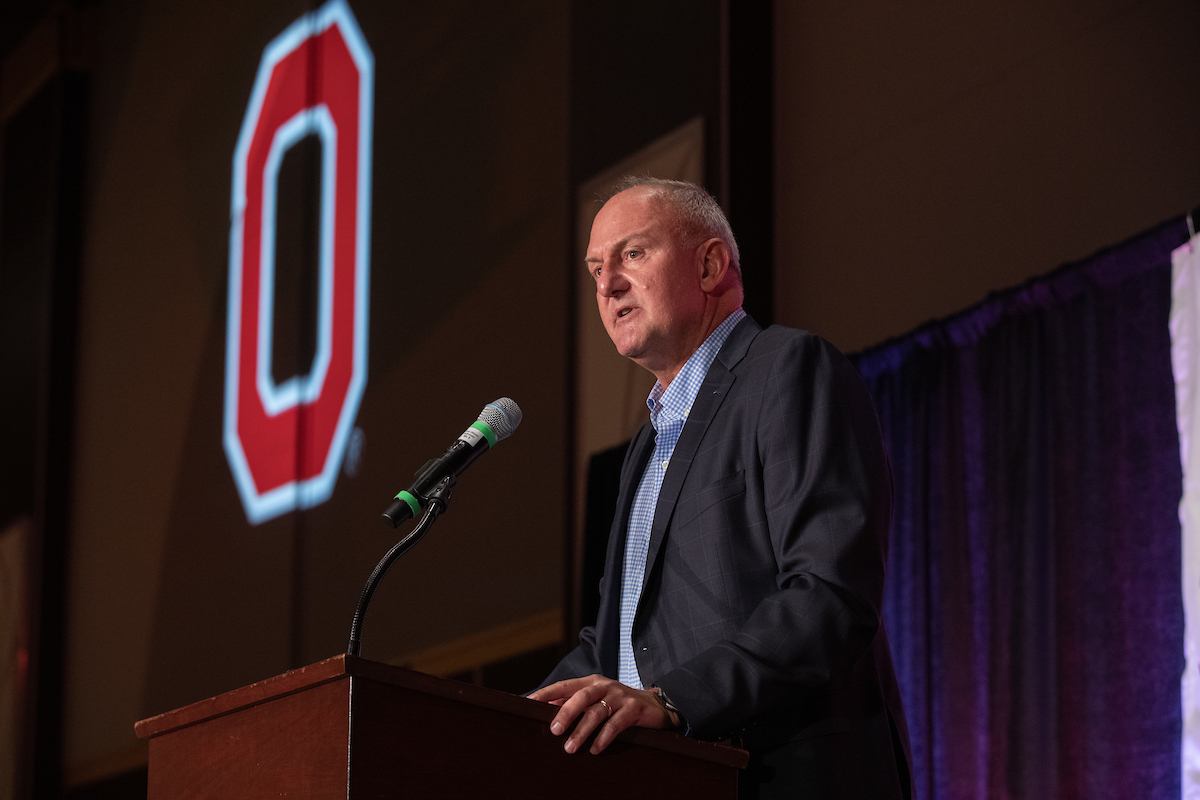 After five seasons out of the spotlight – three spent in retirement and one, the 2021 season, as the associate athletic director for basketball at Indiana – former Ohio State men’s basketball coach Thad Matta is jumping back into the head coaching game. He was announced on April 3 as the new head coach at Butler.

“The success that Thad has achieved at every one of his programs speaks for itself,” Butler athletic director Barry Collier said. “He is a championship-caliber coach and recruiter who brings valuable experience and contagious energy to Butler. I have seen that personally in Thad as a player, assistant coach and head coach. The Matta Family – Thad, Barb, Ali and Emily – has a deep appreciation for Butler and I know they join all of the Butler community in how excited we are for what’s to come.”

His time in Columbus came to an end after the 2016-17 season, a 17-15 showing and his first season in Columbus without a postseason berth since his first season in 2004-05, when the team went 20-12 but was ineligible. He finished his tenure with the second-best winning percentage in school history (73.3 percent) behind only Thomas Kibler (91.7 percent across two seasons).

He resigned after the 2017 season, making clear that the move was not originally his idea in his farewell press conference, after several years of struggles on and off the court with back issues that hampered his ability to recruit and coach. He underwent back surgery in 2007 and has faced complications from it since. But, after a year with the Hoosiers, he’s indicated that he’s comfortable enough with his health to return to the sidelines.

“Butler is a special place, one that Barb, Ali, Emily and I each chose as our school,” Matta said in a statement. “I’m grateful for the opportunity to return to Butler and lead our men’s basketball program. There is a solid foundation in place and I’m confident that Butler will consistently be among the top programs in the Big East. I can’t wait to attack the work we have in front of us and to be back on the sidelines at Hinkle Fieldhouse.”

Matta’s career all but started at Butler. He was a two-year starter for the Bulldogs in 1988-89 and 1989-90 after transferring from Southern Illinois and had two separate stints as an assistant in 1991-94 and 1997-00 before taking over for Collier – who had coached Matta in his final season and twice hired him – as he departed for Nebraska. He returned as Butler’s AD in 2006 and has filled the role since. The two live across the street from each other and have maintained a strong connection.

Still, returning to the game was not a given for Matta according to ESPN’s Jeff Borzello, who tweeted that efforts between Butler and Matta had all but stagnated before former head coach LaVall Jordan was fired on April 1.

“Word in the industry back in February was that Butler had sounded out a potential return for Thad Matta, and there didn’t seem to be much momentum for it,” Borzello tweeted. “Perhaps he would come back to Butler, but not in a coaching role. Things began to shift on (April 1), though, and now he’s back.”