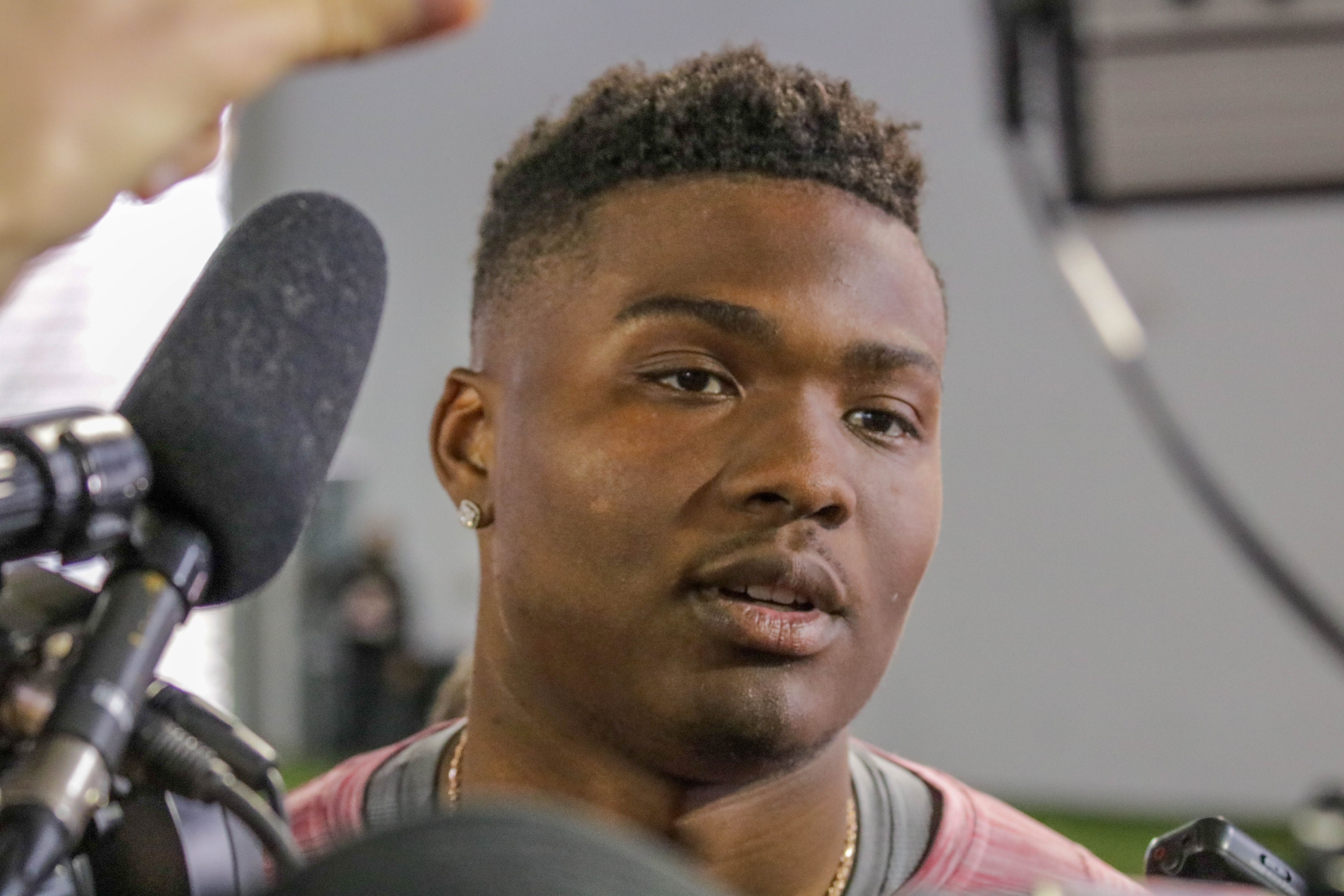 Former Ohio State quarterback Dwayne Haskins has died after being hit by a car in South Florida on Saturday morning. He was 24 years old.

Haskins, a member of the Pittsburgh Steelers, was reportedly training with his teammates. He would have turned 25 on May 3.

He was a four-star quarterback out of Maryland and played at Ohio State from 2016-18, turning in one of the greatest quarterback performances in team history in 2018.

He threw for a team-record 4,831 yards and 50 touchdowns, winning Big Ten Offensive Player of the Year and Big Ten Quarterback of the Year as well as the Chicago Tribune Silver Football. His passing yards and touchdowns were also the most in a single season in Big Ten history.

He also finished third in that season’s Heisman race, leading Ohio State to a Big Ten Championship and a win over Washington in the Rose Bowl.

Haskins left for the NFL after his junior season and was taken by the Washington Commanders with the 15th overall pick in the 2019 NFL Draft. He spent two seasons with Washington and spent last season with the Steelers, and was set to enter his fourth season in the league.

“I am devastated and at a loss for words with the unfortunate passing of Dwayne Haskins,” he said. “He quickly became part of our Steelers family upon his arrival in Pittsburgh and was one of our hardest workers, both on the field and in our community. Dwayne was a great teammate, but even more so a tremendous friend to so many. I am truly heartbroken. Our thoughts and prayers are with his wife, Kalabrya, and his entire family during this difficult time.”

“The Ohio State Department of Athletics is terribly saddened to learn of the death of Dwayne Haskins Saturday morning. We are thinking of the entire Haskins family during this most difficult time. Our prayers are with the family, and with his current and former teammates, coaches, friends and relatives.”