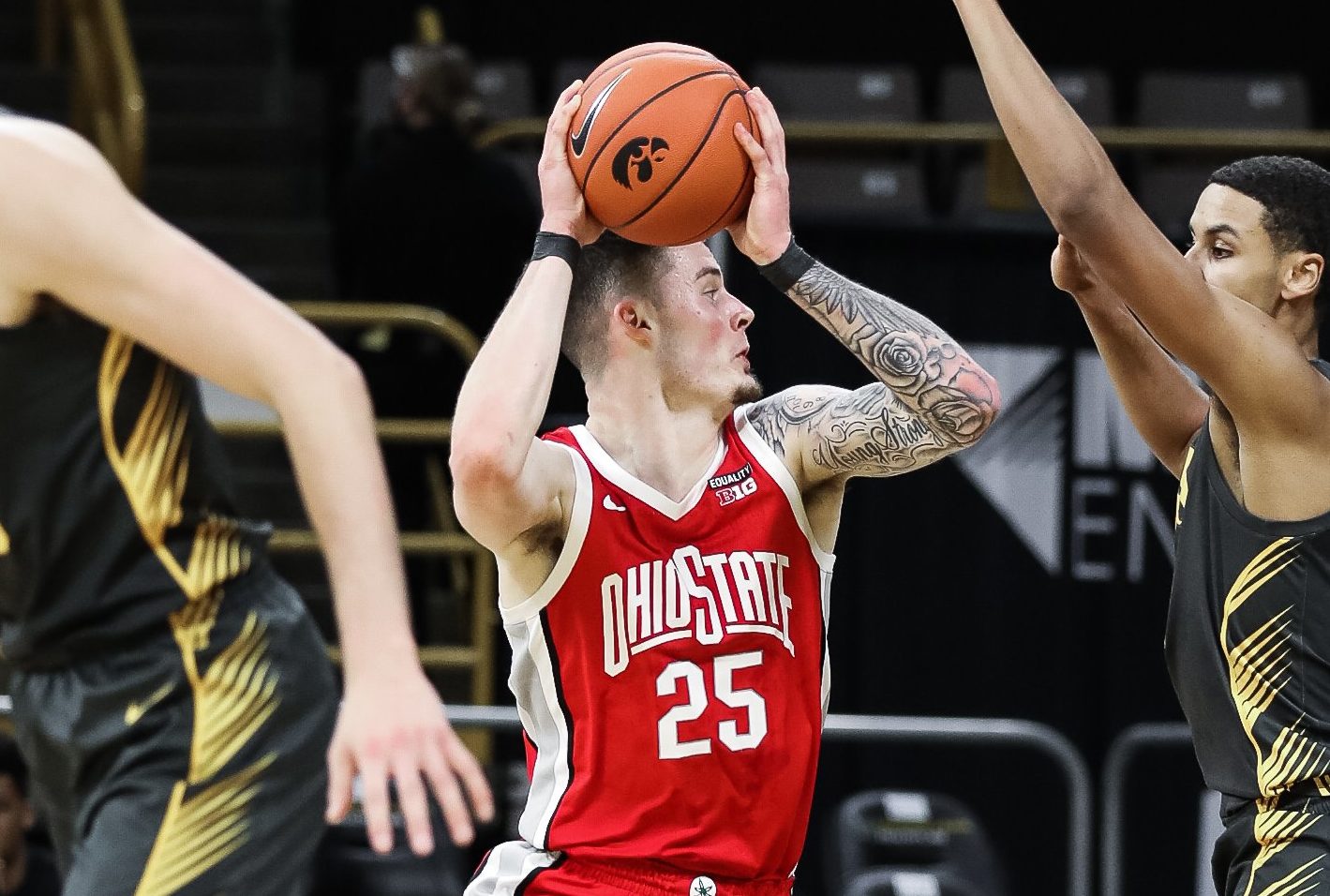 Kyle Young said he spent the majority of last season considering whether he wanted to return for the 2021-22 campaign. He sought the advice of agents and thought about playing overseas.

In the end, he decided to come back.

“The way everything ended, just not being to play and stuff like that, just wasn’t sitting right with me,” the super senior said. “In my heart, I love this place. This team is amazing, this coaching staff is amazing.”

Young missed games down the stretch for Ohio State, including two of their last three postseason games, which included losses to Illinois and Oral Roberts, because he suffered from concussions. He said after taking some time to recover, he is 100 percent healthy now.

Still, he admitted this was not an easy decision to make, and the process was overwhelming, but for the Massillon, Ohio native, knowing he had family nearby helped.

Young graduated last summer with a degree in sport industry and is now working on a master’s degree.

He is a veteran of 108 games for the Buckeyes, and last year he averaged 8.6 points and 5.5 rebounds per contest.

“Just planning to develop my game to be more of a threat on offense,” he said.