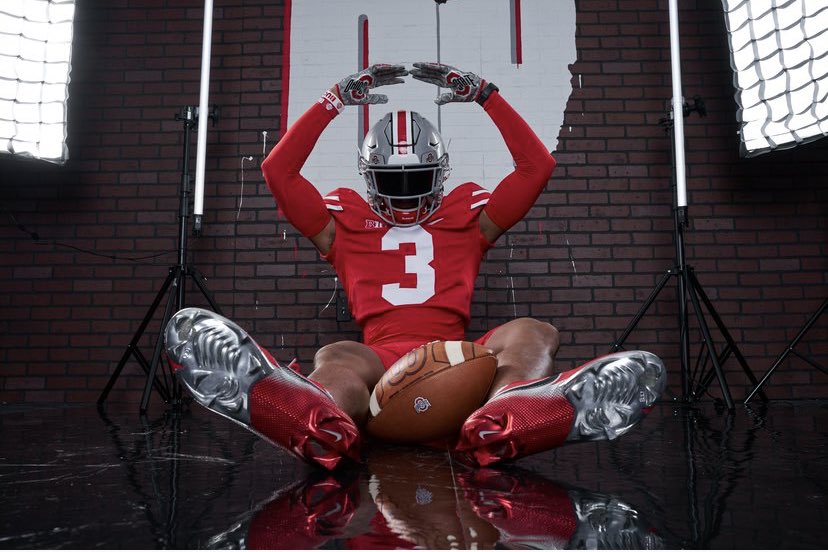 The good news keeps rolling for Ohio State, as Tampa (Fla.) Wharton four-star cornerback Dijon Johnson (6-1, 190) committed to the Buckeyes on Sunday to become the ninth member of the 2023 class.

He’s the No. 265 overall prospect in his class and the No. 29 cornerback prospect, and chose Ohio State over other top schools including Georgia, Oklahoma and USC.

The Buckeyes offered Johnson on Jan. 25, and he made his first visit to the school this past weekend for the spring game.

“A big-time cornerback prospect that has the tools required to shut down one side of the field on Saturdays,” said 247Sports recruiting analyst Andrew Ivins. “He measured roughly 6-foot-1, 190 pounds the spring before senior season. More importantly, tested in the upper percentile with a laser-timed 4.5 in the 40-yard dash on record to go along with a 4.4 short shuttle. He is smooth and controlled in his backpedal as he’s quick to gain depth.

“He fires out of his breaks with ease more times than not and is able to change directions better than most with his length. He does a nice job of feeling out routes and putting himself in position to make plays, which he did frequently as a junior picking off six passes and returning four of them for touchdowns. Those interceptions helped a Tampa Wharton program, which is coached by former NFL first round pick Mike Williams, make a deep run in Florida’s state playoffs.”

With Johnson’s commitment, Ohio State now owns the No. 2 class in the country for 2023 with a team score of 179.20, trailing only Texas Tech’s class that has 15 commitments.