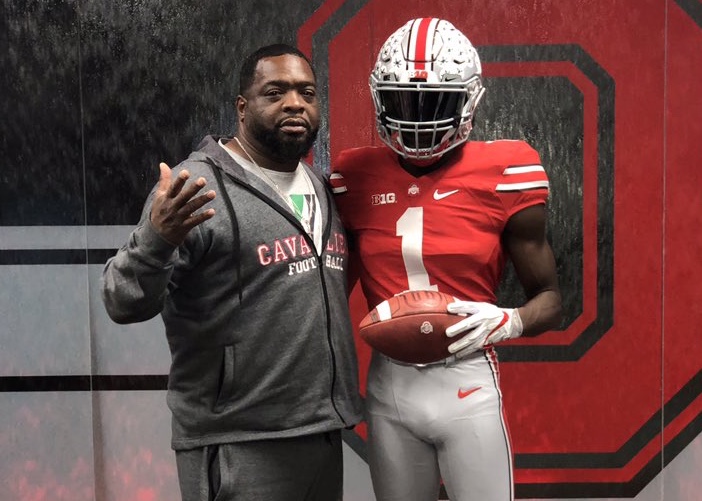 Five-star Virginia Beach cornerback Tony Grimes committed to North Carolina over Georgia, Ohio State and Texas A&M in a Twitter announcement, putting the end to a winding recruitment that saw Ohio State in the driver’s seat, prior to the departure of former defensive coordinator Jeff Hafley.

BREAKING: Tony Grimes, the No. 1 CB in the class of 2021 commits to @TarHeelFootball@CoachMackBrown and the Tar Heels have a top 5 class in 2021@757EliteDB | @247recruiting | @InsideCarolina pic.twitter.com/DHPIT9DSPn

The selection doesn’t come as much of a shock, at least if the 247Sports Crystal Ball is to be believed. Prior to his commitment, all 12 of the projections earmarked him to UNC. Much of that came from a connection with the Tar Heel staff, which ultimately led to Grimes landing at North Carolina. In May, he spoke at length about his relationships with head coach Mack Brown and defensive backs coach Dre Bly.

“Coach Dre Bly and coach Mack Brown, they have something crazy going on down there with their program,” Grimes said. “And coach Bly, a Hall of Fame Pro Bowler, Super Bowler, come on now, it doesn’t get any better than that as a coach, but we are going to see what they do this year.”

While Ohio State was operating out of third or fourth place for the last several months in this recruitment, the Buckeyes certainly weren’t helped by the sudden shutdown of all recruiting in March, due to the coronavirus pandemic. North Carolina had already hosted Grimes several times by that point, and held a decent lead. Ohio State was always banking on a visit to have any serious chance at plucking Grimes out of the South.

In Grimes, North Carolina is landing one of the nation’s top cornerbacks, ranked as the No. 1 corner in the 247Sports composite (No. 7 overall) and No. 2 in the in-house rankings (No. 20 overall). Analyst Brian Dohn compared him to Chicago’s Kyle Fuller, and projected him as a future first-round talent.

“Wide shoulders and good length,” Dohn said of Grimes. “Frame of safety with cornerback skills. Instinctual player with high skill level. Physical and smooth. Tracks ball well and has great timing. Opens hips and runs with ease. Long strider who can cover on long crossing routes and deep throws. Strong upper body helps re-route receivers with jams. Comfortable in backpedal and explodes forward out of it. Good tackler and asset in run defense. High IQ on and off field. Leadership qualities. Must get stronger in lower body. Ready to play at elite program when he steps on campus. First round NFL draft pick potential.”

While Grimes is off the board, Ohio State seems to have its sights set on two remaining defensive back prospects, one at cornerback and one at safety. Clemson commitment Jordan Hancock has come back into focus for the Buckeyes following the decommitment of Devonta SMith, and defensive coordinator Kerry Coombs will work hard to get the Georgia native on campus this fall. At safety, Pennsylvania’s Derrick Davis Jr. remains the target for Ohio State, and will likely stay on the board through the fall, as Ohio State battles with Penn State and Clemson.