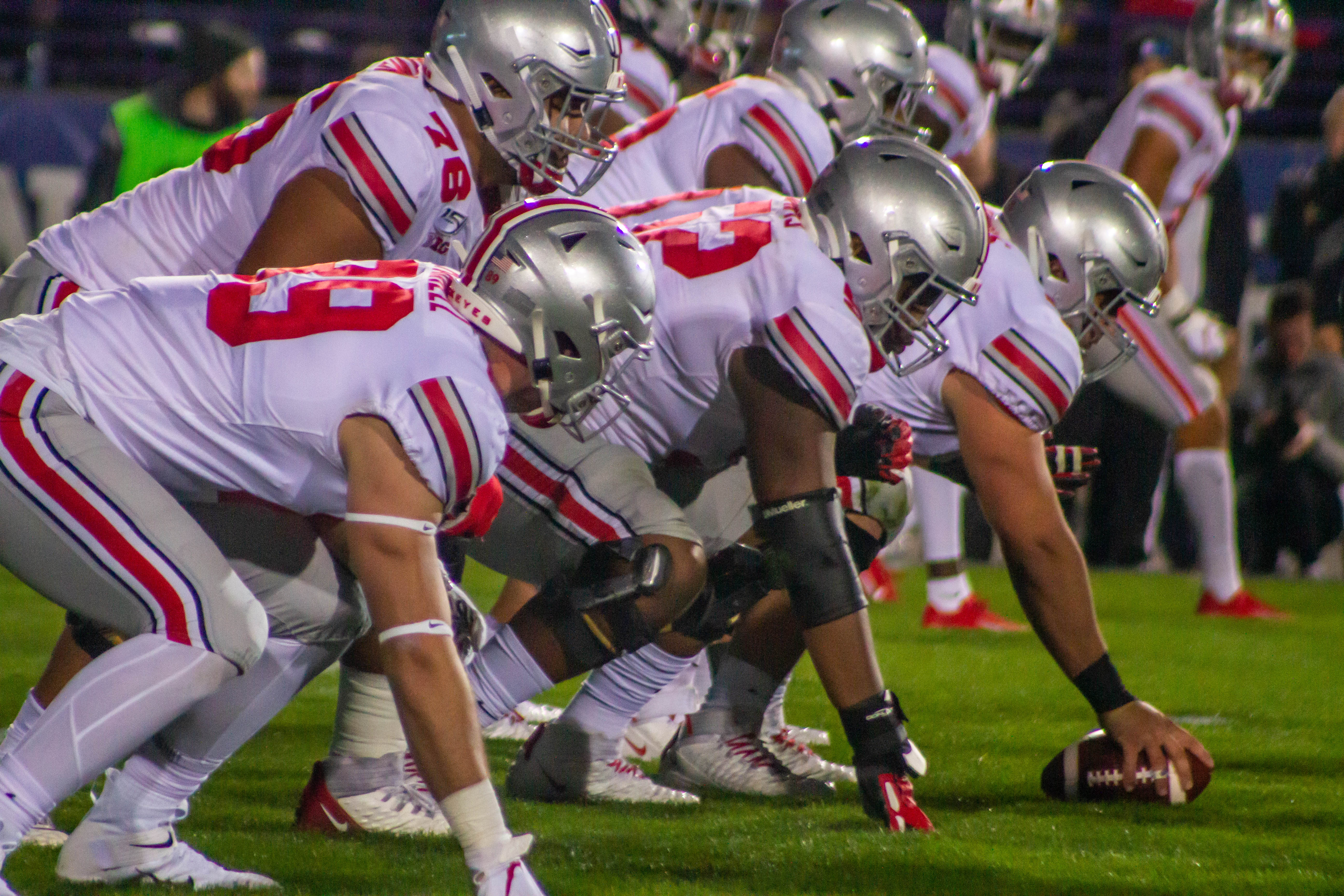 Another week, another Ohio State beatdown over a Big Ten foe. This time, Northwestern happened to be at the mercy of the Buckeyes, and for the seventh straight game, the Buckeye opponent had no real answer for Ohio State on either side of the football.

That isn’t stunning for the Northwestern offense. That’s a legitimately awful group, and it looked exactly as expected against Ohio State, picking up just three points and finding little to no rhythm all game long. As said, that’s no surprise.

What was a surprise, however, was the defense. Ohio State gashed Northwestern’s top 10 defense on the way to a 52-point outburst, the second highest total of the year for the Buckeyes behind only a 76-point showing against a bad Miami (Ohio) team. That isn’t supposed to happen against a very solid, even borderline elite defense like Northwestern’s. Yet, for the second straight year, going back to the Big Ten Championship.

Just like in that game, Ohio State’s offensive domination was largely predicated on one thing: Ryan Day’s play design. An obviously excellent offensive mind, and seemingly very good head coach, Day is at his best against zone defenses, and he showed it again on Oct. 18.

The first drive of the game was all about zone breaking plays. The pass to Austin Mack (dropped) was an intermediate boundary pass, built to tuck behind short zones and under deep ones. This pass to Chris Olave is the same story.

The best way to beat a zone is with quick, smart receivers running routes that encourage them to find space rather than create it. Ohio State has one of the quickest, smartest receivers in the country in Chris Olave, and he showed off how good he can be all night long, with his first big play coming on this first drive catch. He’s just running a comeback route here, but that comeback – paired with a play action to draw the linebackers in – makes for an easy pass and first down for the Buckeyes. A Cover 3 really can’t account for routes like this one, so Ohio State ran routes like this one all night.

This is a beautifully designed play. The tight end runs a seam to clear out room for Olave to sneak underneath the zone undetected, while K.J. Hill hits a corner route to clear out a high safety. While one side of the field is distracted by the pick, and the other focuses on that corner, Olave dissects the field, and no one is within five yards of the touchdown pass.

The Buckeyes returned to the boundary passes in the second quarter, once again to great success.

Fields is throwing to Olave again here, and this really isn’t anything more than an intermediate out against cover three. There’s enough of an underneath threat to keep the intermediate zones close to the line, and Olave is wide open as long as Fields knows when to throw, which he obviously does.

Later in the drive, Ohio State goes to its other receiver perfectly designed to break a zone: Garrett Wilson.

Wilson is running a quick curl to take advantage of the cushion Northwestern shows before the play, and his quickness allows him to create space between the ball and defender, before cutting up field for a solid game. Wilson and Olave are very similar in play style (though Wilson is more aggressive at the point of catch), and having them running routes like these against a zone is basically unstoppable for any team without top-flight athletes.

To cap the drive, Ohio State broke out another beautifully designed touchdown pass.

Just like the Olave touchdown, Ohio State uses a tight end seam to clear up the zone. This time, however, Dobbins isn’t sneaking downfield. He’s running an angle, and the Buckeyes are banking on that tight end and Austin Mack drag route concept creating a small window for Dobbins across the middle. Fields hits it, and Dobbins just has to outrun a linebacker. That’s never going to be a challenge for him.

On the next drive, Ohio State again challenges the vaunted Northwestern linebackers and again finds success, this time on the ground.

This is more an example of great blocking than anything. The right side of the line does its job on a wash, while Jonah Jackson and Thayer Munford – who played injured – make impressive individual plays to spring Dobbins. Jackson is the star here, pushing a defensive tackle all the way into the second level and using him to block a linebacker, but Munford deserves recognition for a very difficult seal block executed to perfection.

Ohio State basically did this all game. The rushing attack wasn’t perfect, but it was very good, as was the passing attack, because Ohio State wanted to attack the Northwestern linebackers. That’s a bold strategy, given that the linebackers are considered the strength of Northwestern’s roster, but Ohio State banked on its offense being more athletic than three classic, bruising linebackers. It was right, just like last year.

A play later and Dobbins is in the end zone, again after the linebackers bite too hard in the wrong direction.

The threat of Fields as a runner draws basically the entire defense in. With the line blocking as if Fields was keeping it, and the tight end moving off the line to isolate the defensive end, Northwestern completely misses on the handoff, and Dobbins runs untouched into the end zone.

Fresh off the halftime break, Ohio State find the end zone on basically the same look it gashed Northwestern with all game: a pass to the boundary, 15 yards down the field.

All of this really proves what Pat Fitzgerald said after the game about adjustments. Ohio State really didn’t make any, because Ohio State didn’t need to. As Fitzgerald said, Northwestern knew what was coming, and still couldn’t stop it.

That’s really the ethos of this Buckeye offense. It made slight changes, mostly in the personnel department in swapping Nicholas Petit-Frere for Thayer Munford, but the gameplan pretty much remained the same all game. Ohio State wanted to attack the boundaries and make the linebackers work. It took a quarter, but once the Buckeyes got going, that was essentially all they were doing, and worked just about every time.

With the kind of talent Ohio State has, that can work. When you pair that talent with very good play design and play calling, it can create a monster, and right now, Ohio State appears to have hit that peak on both sides of the ball. With Wisconsin on tap, the Buckeyes have their best chance to this point in the season to show the world just how serious they are.