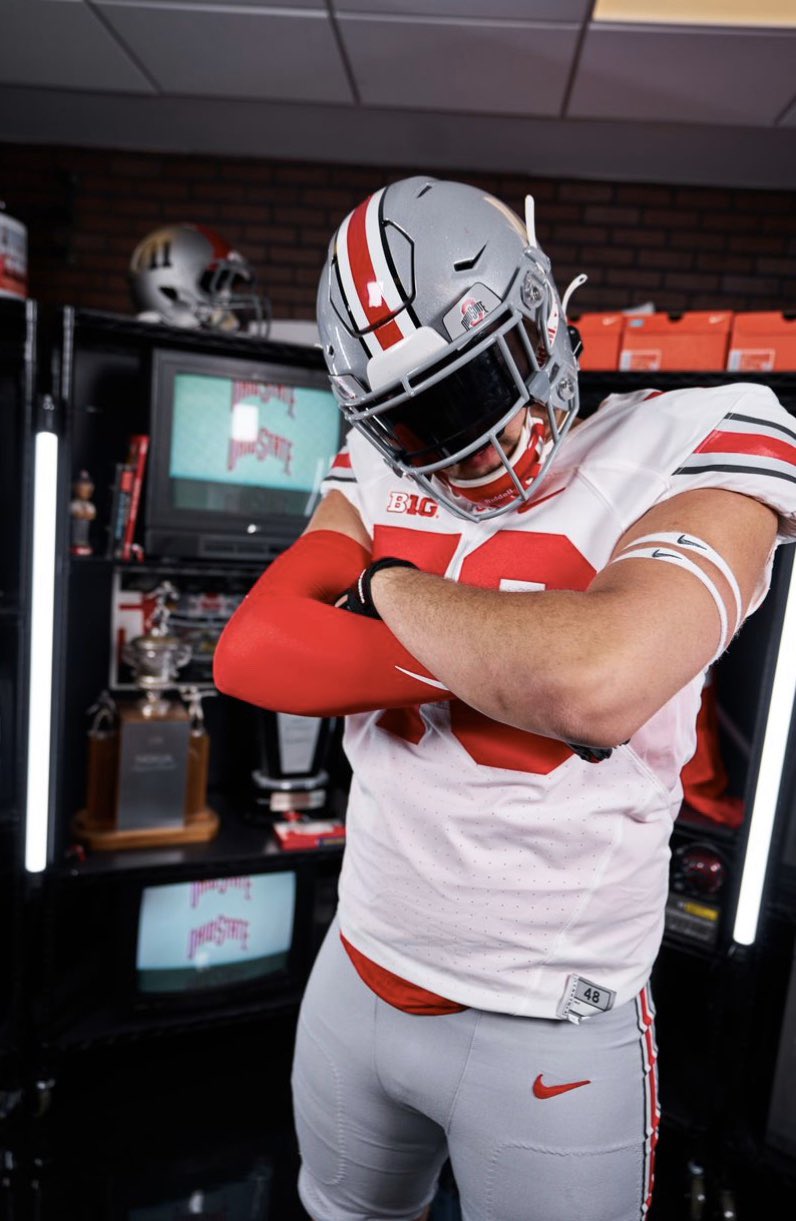 Miles Walker, a fast-rising offensive tackle from the Brunswick School in Greenwich, Connecticut, joined Ohio State’s class in 2023 on July 8 as the Buckeyes’ 17th commit.

Walker – who stands tall at 6-6 and 275 pounds – is the No. 472 overall prospect and No. 38 offensive tackle in the class. Despite the low ranking, Walker held additional offers from Indiana, Iowa, Kentucky, Maryland, Penn State and Texas A&M, among others.

He plays left tackle for Brunswick and shows strong use of his hands while consistently finishing on blocks. He helped anchor an offensive line that helped Brunswick’s running backs average 7.4 yards per carry last season.

Walker’s recruitment began ramping up earlier this year once he received his first Power Five offer from Kentucky on March 3. Offers continued rolling in, and Ohio State joined the party on May 27, and then hosted Walker for an official visit on June 10.

The top target remaining for offensive line coach Justin Frye is Windsor (Conn.) Loomis Chaffee four-star offensive tackle Olaus Alinen (6-6, 315), who has wrapped his official visits and could make a decision this summer.

Before Walker’s commitment, Ohio State boasted the No. 2 recruiting class for 2023 with 16 commits, including two five-star prospects, 13 four-star prospects and one three-star prospect. However, the Buckeyes led the 2023 rankings with a 93.76 average rating for their commits — a half-point better than the Fighting Irish.