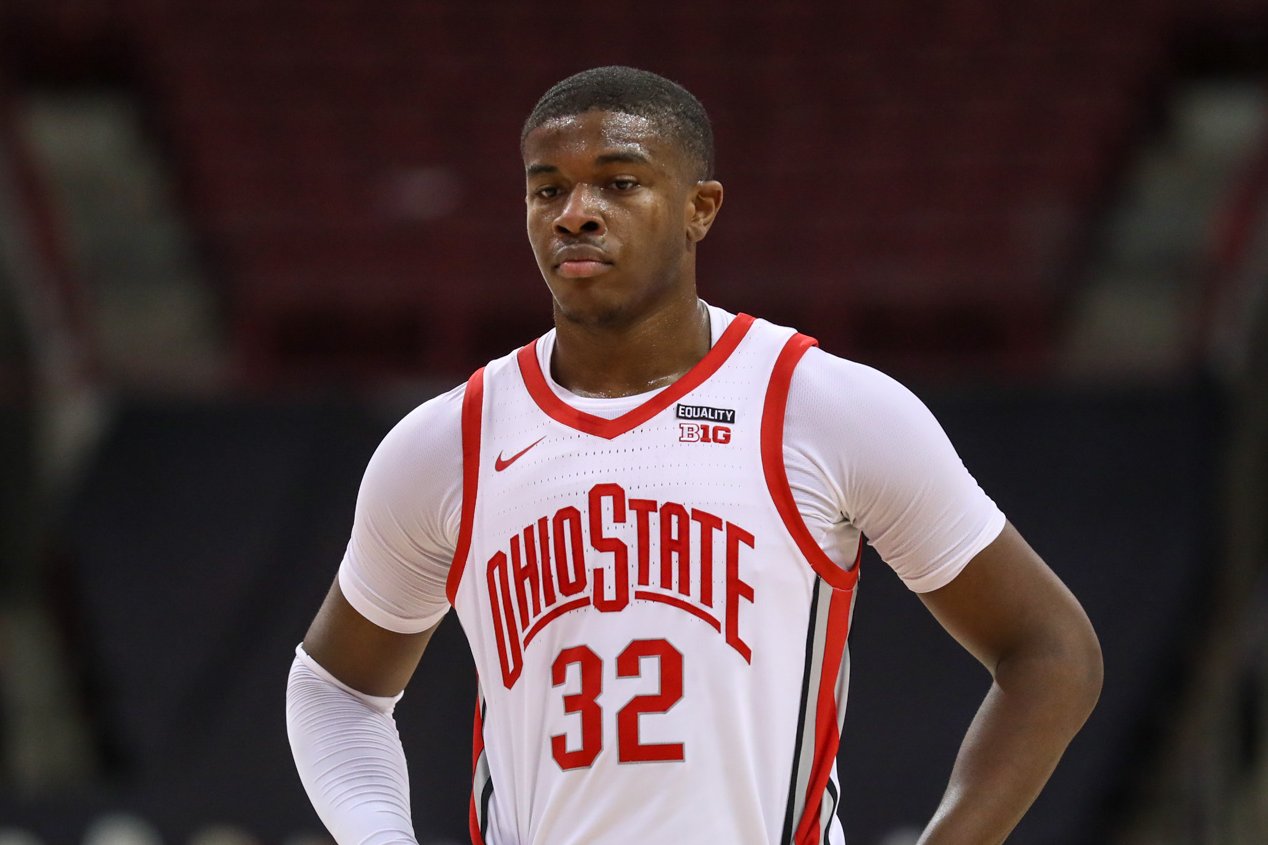 After testing the NBA Draft waters as a sophomore, E.J. Liddell returned to Columbus for a third year, hoping to refine his skills and improve his professional outlook.

Ohio State head coach Chris Holtmann thinks Liddell made the right choice when he decided to return for another season. While he wanted what was best for the Belleville, Ill. native, Holtmann didn’t kick the All-Big Ten forward out the door after working out at the NBA Combine in 2021.

“I think he clearly made the right decision in coming back,” Holtmann said. “He’s really improved, and for me, it’s a great reward because I know it will benefit him in terms of his professional career and his professional opportunities in the NBA. That’s exciting to see happen for a kid.”

“His consistency is remarkable,” Holtmann said. “You can pretty much count on what he’s going to be night in and night out.”

Liddell told The Columbus Dispatch that the 2022 NBA Draft process feels more relaxed than last year. He feels comfortable and understands what professional organizations expect of him. He can see what he needs to do to succeed at the next level.

This year, Liddell’s decision to enter the NBA Draft and sign an agent came without much hesitation. He is expected to be a mid to late first-round pick on June 23, and he might rise up draft boards after a stellar performance at the NBA Combine.

Liddell measured at 6-feet 7-inches and weighed 243 pounds at the event and his wingspan extended to a quarter-inch shy of 7-feet. His 35.5-inch standing vertical leap led all participants and his 38-inch max vertical leap was eighth-best among prospects.

Liddell thinks of himself as a versatile defender that can guard bigger and smaller opponents on the court. He was named to the All-Big Ten defensive team this past season and led the conference in blocked shots with 83. Liddell’s stocky build and athleticism have drawn comparisons to former Tennessee forward Grant Williams of the Boston Celtics.

Williams went No. 22 overall in the 2019 NBA Draft and he’s made significant contributions to his team’s Eastern Conference Finals run in 2022. If Liddell can make the same impact Williams has made in his first three seasons, he could find himself in a similar spot as the former Volunteer, contributing to a title-contending team in a spot role.

“I want to be someone who’s known for heart,” Liddell said. “My first year, I don’t expect it to be perfect. But after a couple of years, building trust in me and being the same player I’ve always been.”

Liddell interviewed with the Detroit Pistons, Golden State Warriors, Milwaukee Bucks, Toronto Raptors and Dallas Mavericks at the combine. The Pistons have the highest draft pick of those teams at No. 5. Still, Liddell figures to fall toward the middle or end of the first round.

“I’m really excited for E.J. as he begins his NBA career,” Holtmann said. “He has developed and grown significantly as a player every single year as a Buckeye, and that will continue to be the case as an NBA player. E.J. has represented our program at the highest level with his excellent play, leadership, and of course, his trademark smile. E.J. will always be a Buckeye.”