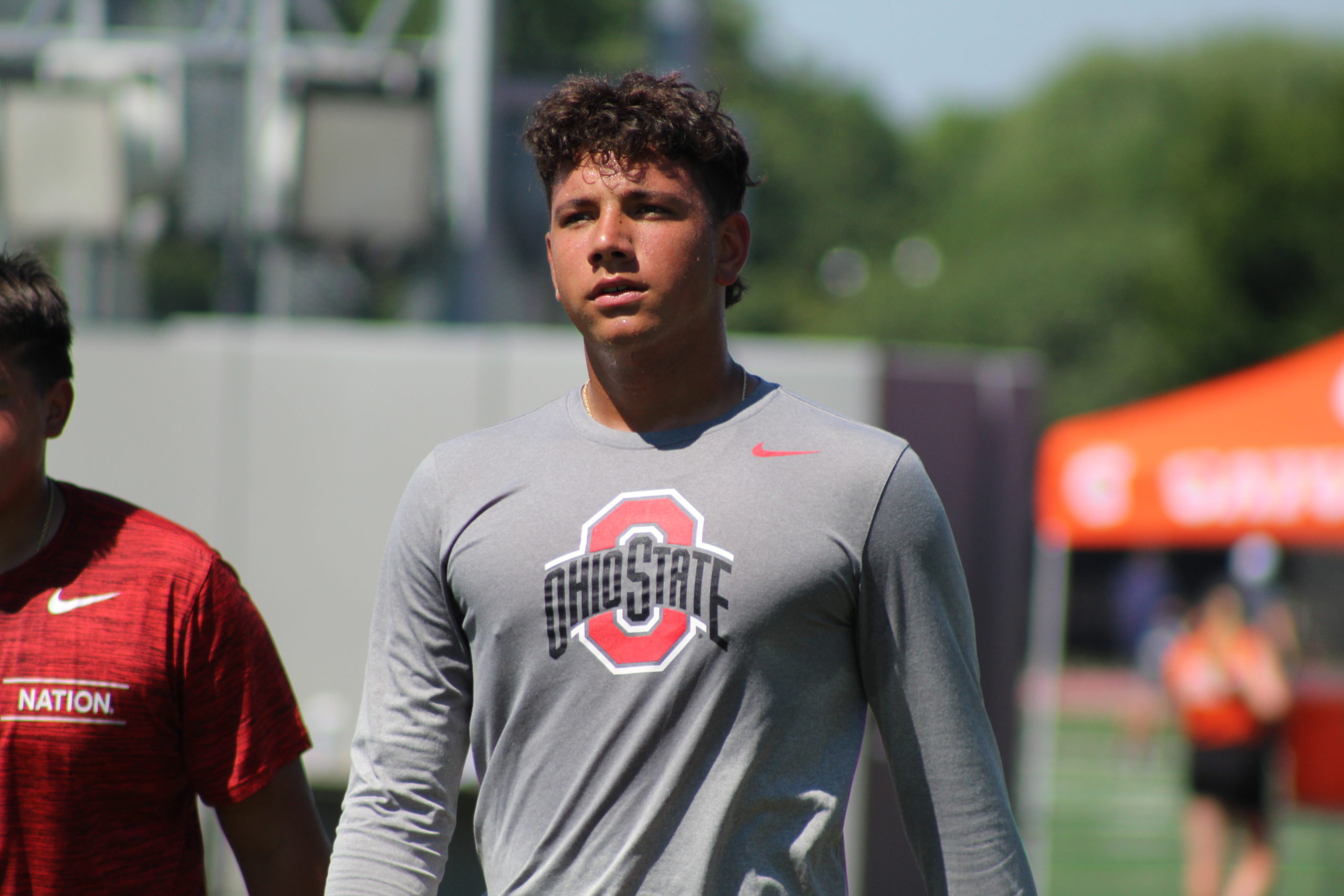 For the first time since committing to Ohio State on May 9, Dylan Raiola got the opportunity to work out in front of head coach Ryan Day and quarterbacks coach Corey Dennis on Tuesday.

Raiola – the five-star quarterback in 2024 from Texas that will play his junior and senior seasons at Chandler High School in Arizona – took part in a group workout with fellow quarterback, wide receiver and defensive back prospects, and also spent time after Tuesday’s recruiting came working out privately with Day.

“I was speechless,” Raiola said about his camp experience. “I learned so much from him, just taking everything like a sponge. That’s my biggest thing, coming here and doing that. I want to obviously get back out here and learn as much as I can before I get here so I’m ready.”

He participated in several drills throughout the afternoon that showcased his arm as well as his accuracy on Ohio State’s indoor field at the Woody Hayes Athletic Center, including throwing on the run and sending deep balls down the field. He also got to throw to future teammate Carnell Tate, a five-star wide receiver out of IMG Academy in Florida who committed to Ohio State on Monday.

Day and Dennis were hands on throughout the workout, offering advice and guidance to Raiola during the afternoon of work.

“Ball placement,” Raiola said of what they worked on. “Really just learning how to play the game. You know, you work on your technical stuff now and then once September comes and it’s your first game on a Friday night, just go play ball. That was something he said, ‘Work on it now and then just go play ball.’

Despite playing on Ohio State’s turf on Tuesday, Raiola won’t be able to do so as a member of the team until his early signing period next fall. In the mean time, Day and Dennis have given him plenty to work on as his approaches his final two seasons of high school football.

“I think to perfect my game,” Raiola said of his focus. “Just keep working hard, working out, training, making gains in the offseason, during the season and after the season.”