Dylan Raiola Has Targets In Mind As Peer Recruiter 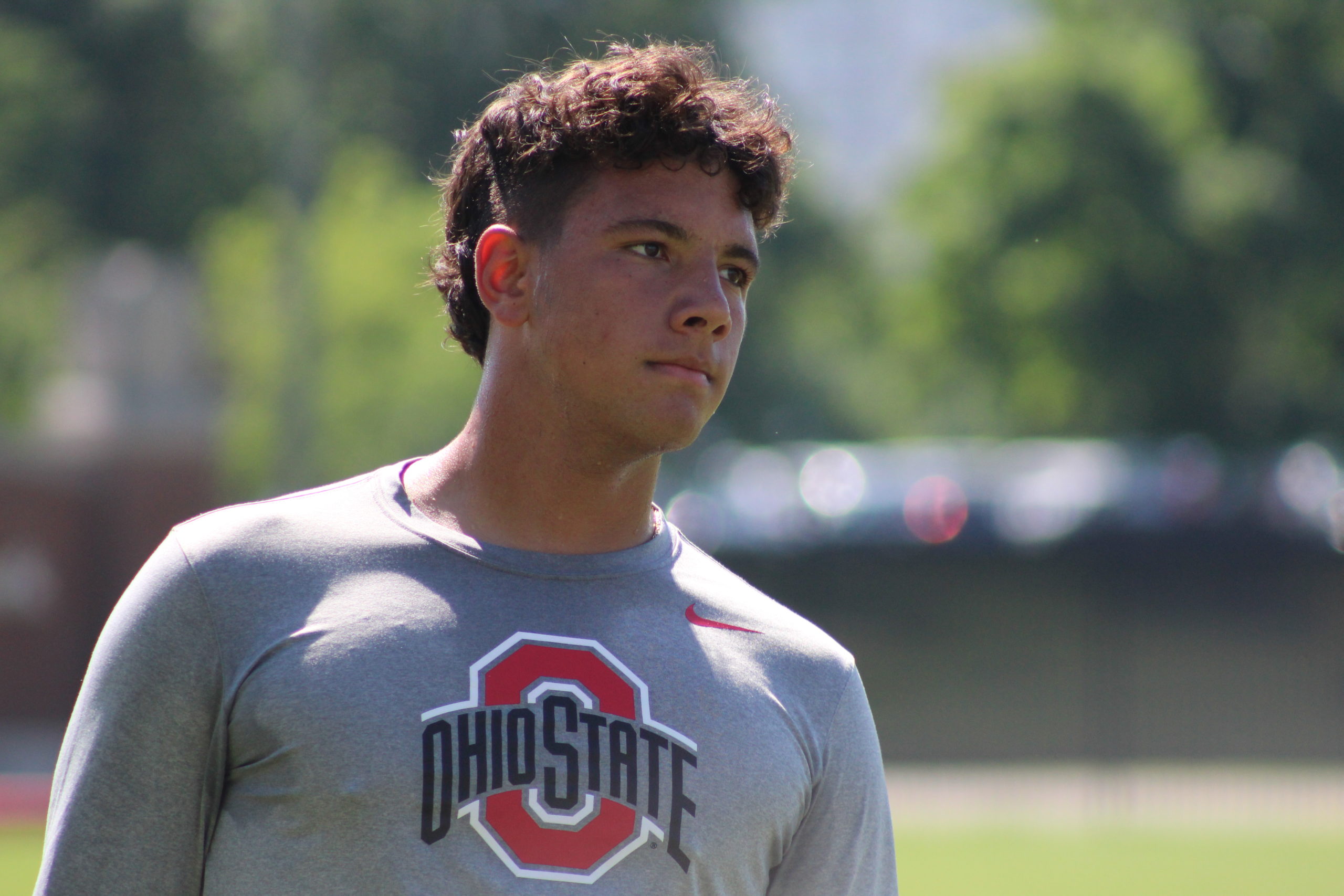 Like C.J. Hicks and Luke Montgomery before him, Dylan Raiola is taking the initiative as a leader for his class.

The five-star quarterback from Chandler, Ariz., has been an active recruiter for Ohio State since committing to the Buckeyes in May. He made his first visit to Columbus since committing for a recruiting camp earlier this week, working out with Ryan Day and Corey Dennis while getting plenty of face time with prospects in the upcoming classes.

When not talking to prospects, he can likely be found on Twitter, tweeting at prospects and encouraging them to come to Ohio State, usually with a simple Buckeye emoji.

“Really just trying to recruit great people,” Raiola said on Tuesday. “I always run it through the coaches to make sure we’re going after that kid, so we’re on constant communication and that’s key right now.”

That communication with the staff has led to several priority targets for Ohio State in Raiola. Rolesville, N.C., four-star wide receiver Noah Rogers (6-2, 180) had been on that list until Wednesday, when he committed to Ohio State and gave the Buckeyes their third top-50 receiver in as many days, joining Fort Lauderdale (Fla.) American Heritage five-star Brandon Inniss (6-0, 190) and Bradenton (Fla.) IMG Academy five-star Carnell Tate (6-2, 185), who both committed earlier in the week.

Raiola is not just in the ear of 2023 prospects, but also those in his own class. Ohio State had been involved with several top recruits in 2024 before Raiola committed, including IMG Academy four-star running back Stacy Gage (5-11, 200), Opa Locka (Fla.) Chaminade-Madonna Prep five-star wide receiver Jeremiah Smith (6-3, 185) and Miami (Fla.) Central five-star wide receiver JoJo Trader (6-2, 170), but Raiola’s commitment to the Buckeyes is only furthering their cause with his peers.

“I’ve got a lot of number ones,” he said. “If I named all my guys I wanted we’d be here all day. In my class, Jeremiah Smith, JoJo Trader, Payton Woodyard, KJ Bolden, just to name a few. Stacy Gage. The list goes on and on, so that’s a few.”

Recruiting ultimately comes down to the Ohio State staff, but an Ohio State commit like Raiola spreading the gospel about the Buckeyes can’t hurt the case with future prospects. Furthermore, Raiola views it as a responsibility.

“I take a lot of pride in having the guys around me,” he said. “It really falls on me who I want to bring in, so my goal is to bring in the top class in 2024 and maybe even 2023. Get both and try to bring a championship back to Columbus.”