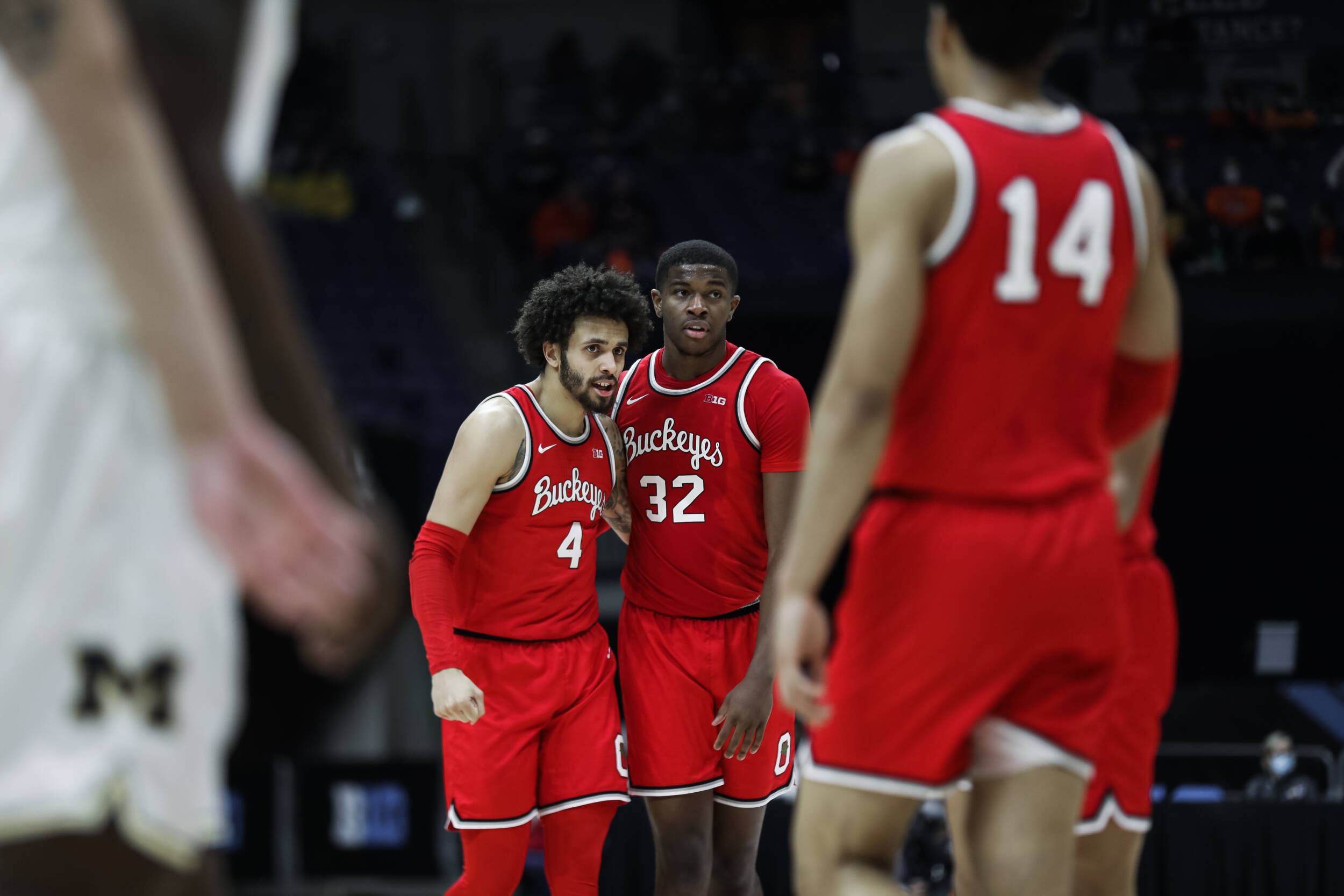 Ohio State men’s basketball teammates became opponents briefly on Sunday, as point guard Duane Washington and forward E.J. Liddell squared off in a game at the G League Elite Camp in Chicago. Washington helped lead team two to an 80-74 victory, as both players earned praise online for their play.

Washington had the better day of the two on the stat sheet. He came off the bench and racked up 13 points on 5-of-12 shooting while nabbing a pair of rebounds, a steal, and two assists. He did pick up four fouls and had three turnovers, but his +20 +/- was tied for the best of any player in the game with Michigan’s Chaundee Brown. Washington was named as an early standout at the event by Sports Illustrated’s Jeremy Woo.

Liddell, meanwhile, started at the No. 4 position for team one and had a quiet but solid day himself. He scored just five points, but he grabbed six rebounds and doled out a pair of assists. He knocked down this nice corner three, too.

The event will continue through June 21 with more games and individual training events. Both players are expected to announce their intentions regarding the draft in the weeks after leaving this event.