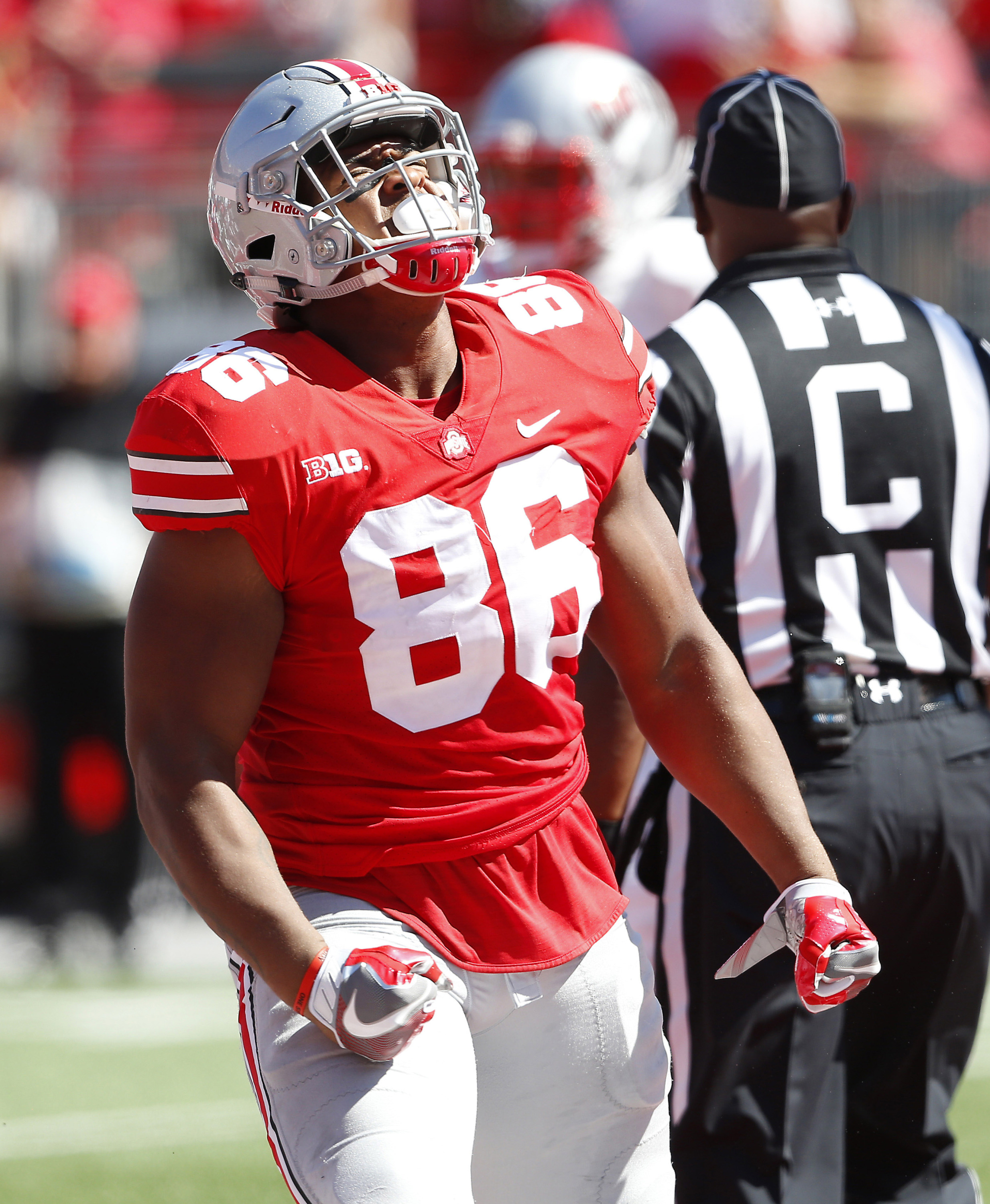 After helping Ohio State to a come from behind victory over TCU on Saturday, Dre’Mont Jones has been named the Big Ten Defensive Player of the Week.

The defensive tackle collected six total tackles, two for loss, a pass breakup, a sack and a 28-yard interception return for a touchdown that put Ohio State on top for good against the Horned Frogs in Arlington, Texas.

Through three games this season, Jones is third on the team in tackles and sacks with 11 stops and three sacks. Nick Bosa leads Ohio State and in both of those categories with 14 tackles and four sacks.

Jones is the third Buckeye in as many weeks to earn weekly Big Ten honors. Quarterback Dwayne Haskins took home Offensive Player of the Week honors after throwing for 313 yards and five scores against Oregon State in the season opener before Tate Martell earned Co-Freshman of the Week accolades after compiling 216 total yards of offense and two scores in a week two 52-3 win over Rutgers.