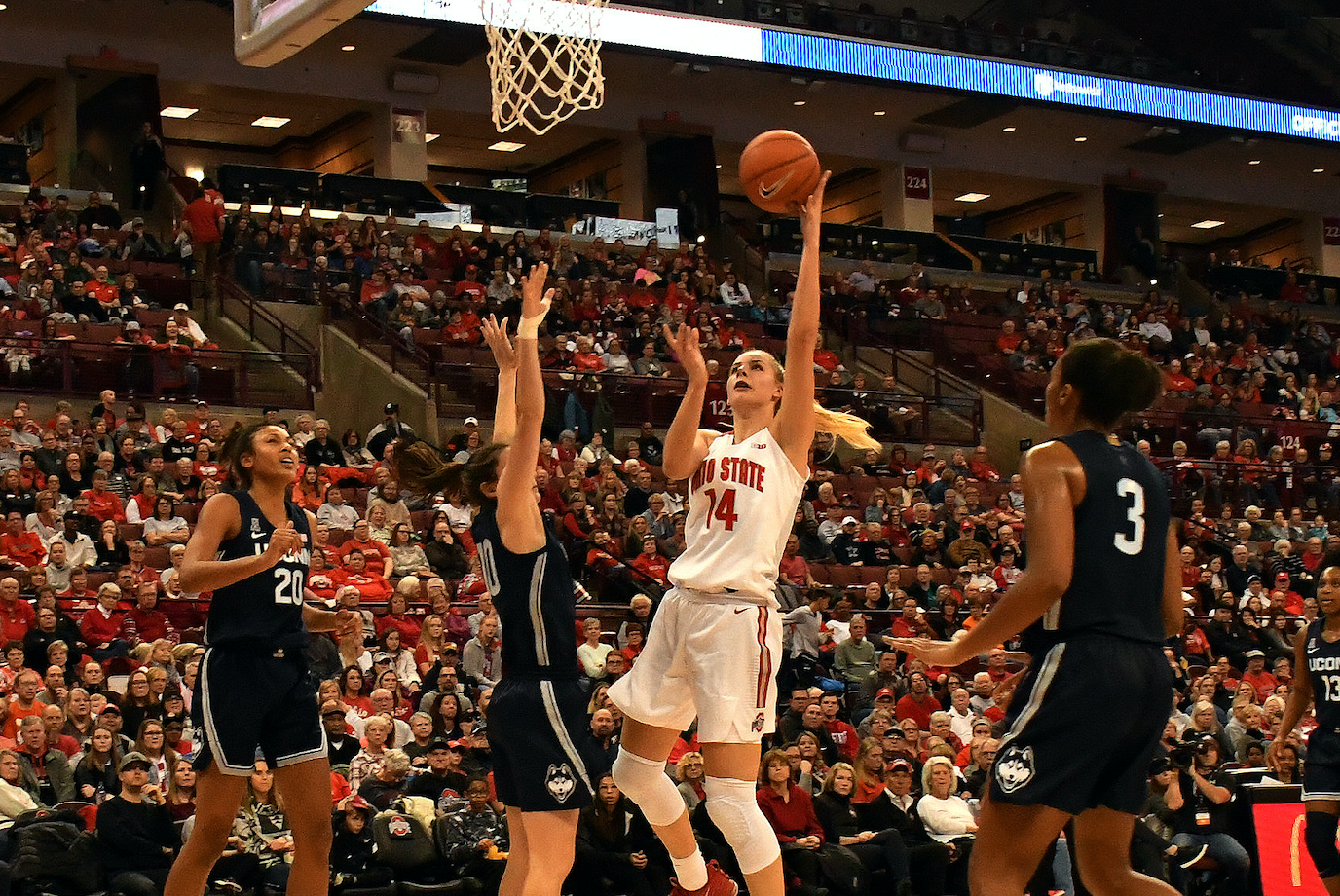 With just one game on the week, Ohio State still had a pair of star performers, each of which earned conference honors.

After a 104-74 victory over Sacramento State, sophomore forward Dorka Juhasz earned Big Ten Player of the Week for a career performance.

Dorka Juhász of @OhioStateWBB is the #B1GWBBall Player of the Week after posting career highs of 27 points (11-17 FG), 16 rebounds, 3 blocks and 3 assists for the #Buckeyes in a Dec. 17 win at Sacramento State: https://t.co/7B9vd9svT4 pic.twitter.com/72aCCV6hQe

In the game, Juhasz used her superior size to match career highs in four categories: points (27), rebounds (16), blocks (three) and assists (three). She also shot 11 for 17 in her first double-double of the season.

The honor was the first Big Ten Player of the Week honor of her career. She was named as Big Ten Freshman of the Week twice last season.

Jacy Sheldon of @OhioStateWBB is the #B1GWBBall Freshman of the Week with a career-high 23 points (9-11 FG), 5 rebounds, 2 assists and 2 steals as the #Buckeyes finished with a 7-4 non-conference record vs. the nation’s 2nd-toughest schedule: https://t.co/7B9vd9svT4 pic.twitter.com/LCOmHwu6uz

Freshman guard Jacy Sheldon was also recognized for her performance against Sacramento State, earning her first ever Big Ten Freshman of the Week honor.

Sheldon shot an impressive 9 of 11 from the floor for a career-high 23 points, benefitting from earning her second career collegiate start due to the suspensions of Kierstan Bell, Janai Crooms and Kaelynn Satterfield.

The first-year guard becomes the second Ohio State member to win the honor this month, with Bell earning it after a pair of strong performances against Louisville and Radford.

This is the fifth time Ohio State has swept the pair of awards, most recently occurring in 2014, when Kelsey Mitchell won both awards two separate times that season.