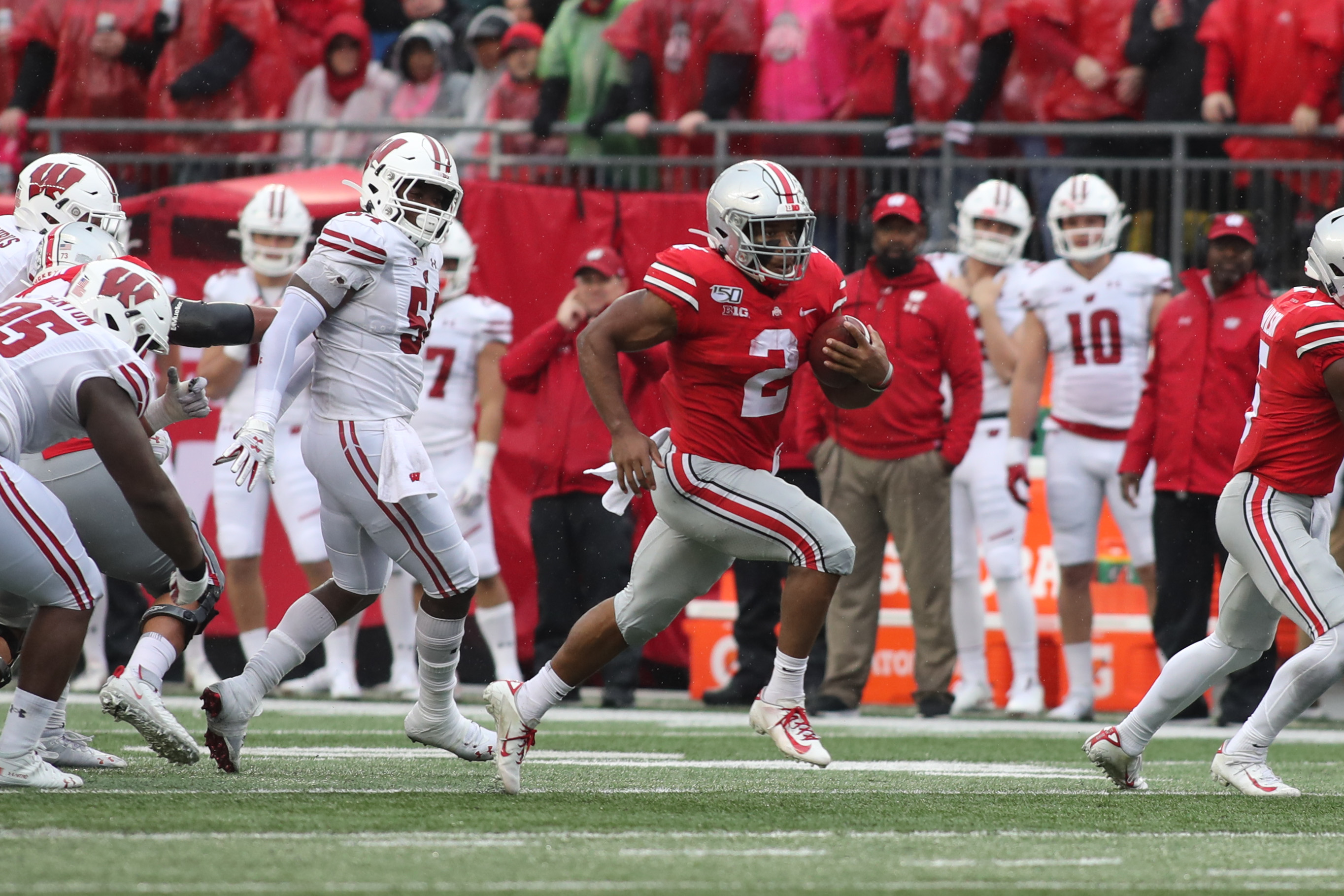 Ohio State junior running back J.K. Dobbins earned Big Ten offensive player of the week honors for his performance in the Buckeyes’ 38-7 victory against Wisconsin.

Dobbins, a co-captain, amassed 221 yards from scrimmage and two touchdowns against a Wisconsin team that entered the game with the nation’s No. 1 overall defense, No. 1 rushing defense, No. 1 passing defense and No. 1 scoring defense.

The La Grange, Texas, native rushed for 163 yards and two touchdowns, extending the Ohio State lead to 24-7 and then 31-7. The multitalented Dobbins also hauled in three receptions for 58 yards against the Badgers.

Perhaps the play of the game for the Buckeyes came from the athletic Dobbins behind excellent blocking from his offensive line, tight end and receivers.

With the Buckeyes only holding a 10-7 lead, the game was very much in reach for the Badgers. Ohio State head coach Ryan Day made an adjustment on a second-and-10 call, flipping Dobbins to the other side of sophomore quarterback Justin Fields.

Dobbins took a shotgun carry to his left toward the field boundary. On the backside of the play, sophomore tight end Jeremy Ruckert dove to his left to make a block on a blitzing Badger, who would have stopped the play before it started. Junior tackle Thayer Munford and fifth-year senior guard Jonah Jackson pushed to their left, supplying kick-out blocks to open a crease.

The trio of sophomore center Josh Myers, sophomore right guard Wyatt Davis and fifth-year tackle Branden Bowen worked their way to that crease and sealed off a lane for Dobbins to cut off.

Dobbins burst into the second level, where he juked out Wisconsin safety Eric Burrell, who fell to the ground. Then, the talented back barreled into Badger linebacker Leo Chenal, whom he dragged five yards to the Wisconsin 10 for a 28-yard gain, setting up a Justin Fields’ touchdown to increase Ohio State’s lead to 17-7.

The former four-star recruit surpassed 1,000 yards on the season with his effort, becoming the first Buckeye to top 1,000 yards rushing as a freshman, sophomore and junior. Hall of Famer Archie Griffin is the only other Ohio State player with three seasons of 1,000 yards or more.

His 1,110 rushing yards rank second nationally, as well as his per-game average of 138.8, behind only Oklahoma State’s Chuba Hubbard.

Buckeye Sports Bulletin will continue to track Dobbins’ progress in our “Chasing History” segments, both in the print edition and online at BuckeyeSports.com.