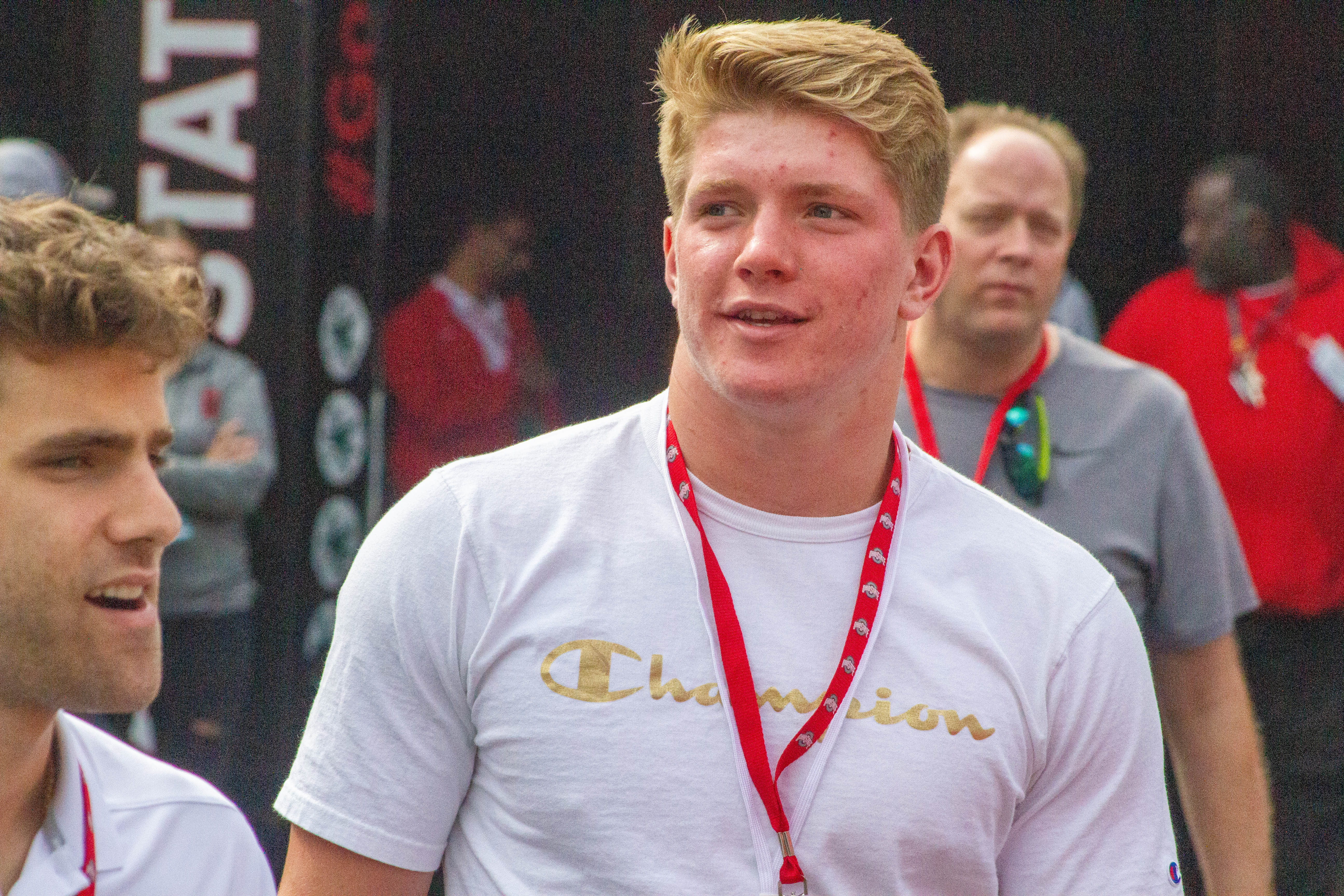 Five-star defensive end Jack Sawyer, Ohio State’s top-rated commit in the 2021 class, announced on Twitter Friday that he would be opting out of his final football season at Pickerington North High School in order to prepare as an early enrollee for the Buckeyes.

“After extensive discussion with my parents and coaches regarding the uncertainty of this high school football season and the probability of a spring collegiate season, I have decided to focus on training and preparation for my early enrollment at Ohio State,” Sawyer wrote in the tweet. “I want to thank all of my coaches and teammates for their support throughout this difficult decision.”

For Henderson, Hart and Pryor, their respective states – Virginia, Colorado and North Carolina, respectively – have already canceled high school football in the fall, and each of them have elected to enroll in Ohio State early. Hancock opted out of his senior season in Georgia because of his fear of spreading COVID-19 to his parents, both of which have at-risk medical conditions.

The early enrollees, Sawyer included, may have the potential to play for Ohio State if a spring season were to take place. When Ohio State head coach Ryan Day was asked about that possibility, he said he would fight for early enrollees to have that chance in 2021.

“I think that’s a really exciting thing for them to consider. I’m going to fight really, really hard so that if I’m a mid-year guy coming in and we do play in January, I’ll have the opportunity to play in January and also in the fall, and it only counts for one year of eligibility because it’s only one calendar year,” Day said. “I think that’s exciting for them, and the possibility really interests them.”

Ill be ready if that happens https://t.co/hSxFaxgTZ4

Sawyer has been committed to Ohio State since Feb. 3, 2019, when he became the first commitment of the Buckeyes’ 2021 class. His last live football came during his junior season, when his year ended due to a torn MCL.