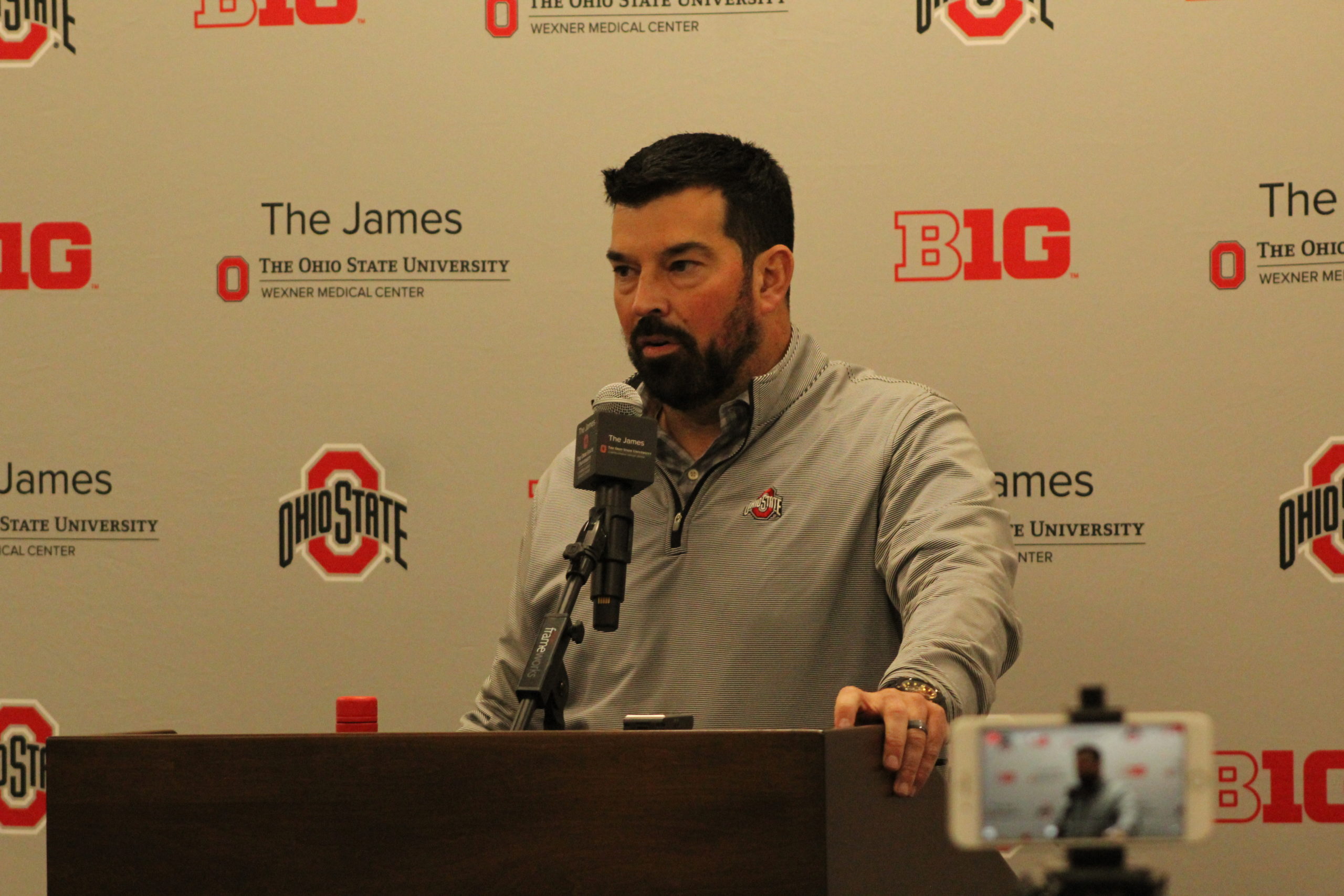 Ryan Day is one of college football’s most respected offensive minds. As Ohio State’s head coach, he doesn’t have to create a scheme or call plays, but he chose to bear that responsibility for the past three seasons.

Despite offensive coordinator Kevin Wilson entering his sixth season and Brian Hartline and Tony Alford earning promotions to the passing game and running game coordinator, Day confirmed on Monday that he would lead the unit again in 2022.

Any combination of Wilson, Hartline, Alford and offensive line coach Justin Frye could run the offense should Day want to delegate the role. However, it appears Day believes he is still the man for the job. It’s hard to argue the null. Day’s offense led the nation in points per game and yards per game last season, affirming his decision to continue leading the offense.

Frye supported Day’s decision, claiming that he would carry out whatever the head coach asked.

“I’m not hung up on titles, I’m hung up on winning and losing. And anything I can do to help these guys, make sure that we win here that’s really what I’m focused on and all about,” Frye said. “What they’ve done here, the offense is pretty damn good. So I don’t need to come in and revamp or change a bunch of things. I’m here to enhance and make those things better.”

Day said the titles changes for Hartline and Alford reflect their increased responsibility in play-calling and scheme creation. Still, he will ultimately have the final decision in Ohio State’s offensive direction before, during and after games.

“I think when you’ve had the success that we’ve had on offense, there’s a lot of guys who get poached by their other programs. They’re highly marketable. And Brian and Tony are two of them,” Day said. “So with the success that we’ve had, we’re giving them more responsibility. We’re giving them a bump (in pay). We’re doing a lot of things to make sure that they feel like they’re being compensated for what they’ve done.”

Frye said he isn’t worried about any coach displaying frustration because of their lack of involvement or input. In his short time on campus, he has been impressed with the coaching staff’s willingness to serve the greater good of the program rather than worry about personal gain.

“No one’s wearing a shirt that has their title on it,” Frye said. “So if you want it to be a challenge, it could be, but with these guys here, it’s not going to be because, at the end of the day, we’re all just the offensive coaches in that unit. We’re just trying to get our guys better.”

Day agreed, explaining that he believes his decision offers Ohio State’s offense an opportunity to experience continuity and comfortability before regular-season games begin in September.

“When you look again at the structure, the way things are built here, every staff is different across the country,” Day said. “The head coach is involved with different things, mine is with the offense, so I think this gives us the best chance.”